‘Teaching has always been hard, but it’s never been like this’ – elementary school teachers talk about managing their classrooms during a pandemic 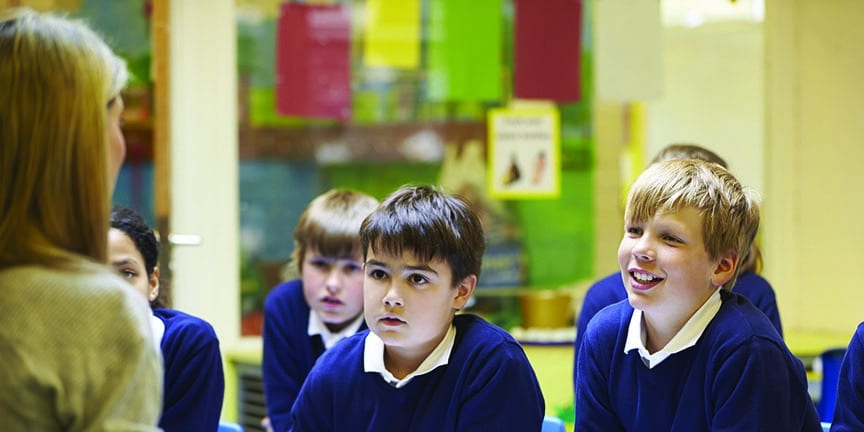 In recent months, conservative lawmakers and leaders alike have vowed to ban critical race theory from being taught in Mississippi’s public schools.

So when a Twitter user pointed out in late December that the Mississippi Department of Education had quietly proposed changes to the state’s social studies standards, many expressed their dismay at the new language.

At a Dec. 16 meeting for the state Board of Education, members approved the first step in revising the standards. It was approved in a block without discussion, a standard practice from the board on this kind of item, but all the proposed changes are included here.

The 309-page document has many changes like this across the strands, which remove specific names or descriptions for broader, more vague terms. There are also verb changes, like swapping “describe” to “determine how,” or “explain” to “contrast.”

On social media, people questioned why these proposed changes weren’t announced or discussed by the board. Some called the move cowardly, others disturbing, and one person even described the new language in the document as fascism.

The pushback was so strong that on Wednesday, the department announced it would hold a public hearing on Jan. 28 for concerned individuals to address the changes.

Chauncey Spears is the education policy specialist at the Mississippi Center For Justice, which was in the process of trying to get a public meeting with MDE before they announced the January event. A former social studies specialist at the department, Spears said he and his organization want to understand the “academically defensible” reasons for the changes and ensure the public gets a say.

“We would think a document like this that serves as the basis for instruction in classrooms would need to have some sort of consensus about what history instruction would look like in order to ensure, or at least hold to account educators around the state to render a full and honest teaching of the history of the state,” Spears said. “Because if it’s too broad, then you run the risk of teachers looking at these different events in history and depending on the level of comfort and expertise in some areas, students not learning about some things.”

In an interview with Mississippi Today, MDE officials who worked on these changes said this is a process that’s been going on for more than a year, and anything removed from the standards will exist in a separate document. The social studies standards in place now were created in 2018 by a 35-member committee comprised of educators in public schools, MDE and individuals who worked in the Research and Curriculum Department at Mississippi State University.

The state has revised these standards before, once in 2006 and again in 2011, according to Wendy Clemons, executive director of the Office of Secondary Education and Professional Development at MDE.

In November 2020, the department assembled a group of U.S. History teachers who were on that 2018 committee to create additional documents for educators to use, said Jen Cornett, director of social studies at MDE. What was supposed to be a midterm review of the standards grew into a new committee to update the standards themselves, Cornett said, after the department received feedback from those educators.

Cornett said she’d heard from teachers that the social studies standards from 2011 were too broad, so what was adopted in 2018 included a lot more specifics. When educators tried to put the new standards into practice, they found “the pendulum swung too far,” Cornett said.

Soon the work spread to a full committee, and in August and September 2021 the group worked through the many proposed revisions to the current standards. These standards exist for teachers to use as a framework to identify learning goals for their lessons, rather than a mandate for what should go in every lesson.

“With our 2018 document, it was so content heavy that the teachers found it challenging to simmer down what the point of the students’ lesson should be,” she said.

Thus, the changes were made. The goal was not to add content or take anything away, she said. “We just cleaned things up.”

Additionally, information that is removed from the existing document will be included in a separate instructional planning guide the department plans to publish in May of this year, she said.

“When you see that information may be pulled from the document, it hasn’t gone away,” she said. “It’s just going to be presented in a more effective way to teachers.”

Kenneth Anthony, a Mississippi State professor of elementary education and a committee member who reviewed the 2021 standards, said that Mississippi’s social studies standards are not as prescriptive or descriptive as other states.

“I wish they were a bit more specific, but good people disagree on the topic of how specific standards should or shouldn’t be,” Anthony said.

When asked whether removing specific details and individuals could technically absolve districts and educators from teaching them entirely, Clemons responded: “If we tried to be explicit in writing all of our standards, we would have a laundry list of specific historical figures and historical events that we have put in there.” Since these standards are not actually curriculum, “we have to be careful about getting into specificity in the actual framework.”

“I sympathize with the idea of things being too prescriptive from the state,” said Spears, who was involved in the 2011 standards. “But at the same time, we have to also consider the political and historic context under which we educate our children in the state.”

In the Legislature, House Education Committee Chair Rep. Richard Bennett said Wednesday he’s heard there have been “a number of requests” for legal staff to draft bills about critical race theory, but he’s not sure what will specifically be in the bills yet.

As for the language changes (“inspect” to “analyze,” “contrast” to “assess,” etc.), Cornett said the committee suggested them so that they better align with the learning goal and level of rigor for a specific grade.

State Board member Angela Bass told Mississippi Today she read the revisions before they came before the board and didn’t see anything alarming, and that it’s a common practice for standards to be revised every 3-5 years.

With the board’s approval in December, the revisions were put out for public comment and anyone can write in their opinion. To submit in writing, mail to Jen Cornett at 359 N. West Street, Post Office Box 771, Jackson, MS 39205-0771, or email her at [email protected] The deadline to submit is 5 p.m. on Feb. 4. Public comments will be presented to the board for discussion at the Feb. 17 board meeting.

For the Jan. 28 hearing, people can sign up to address MDE at this link, but the deadline to do so is Jan. 25.

“Hopefully, a public hearing will spark a community based conversation about what education looks like in our classrooms throughout the state,” Spears said. “The governor’s voice should be no stronger than the sanitation worker’s voice who has a child in a public schools.”

Kate Royals and Julia James contributed to this report.

Editor’s note: The Mississippi Center For Justice President and CEO Vangela Wade serves on Mississippi Today’s board of trustees.