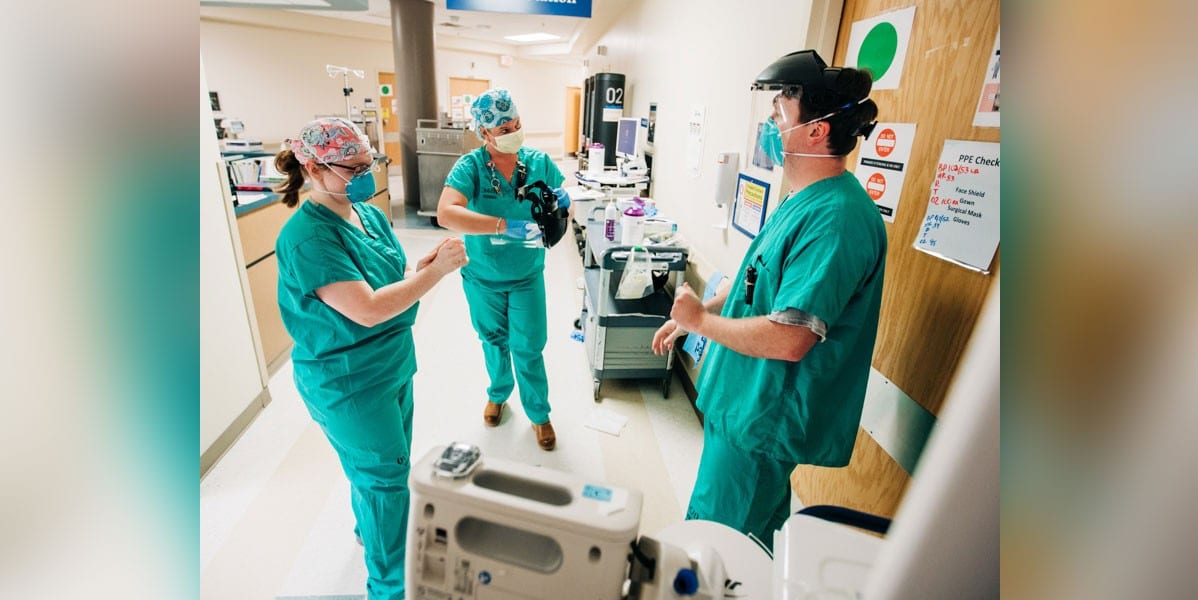 by Will Stribling, Mississippi Today
September 7, 2021

In just one brutal month’s time, the delta variant of COVID-19 accounted for one-fifth of the state of Mississippi’s total cases since the pandemic began and killed nearly 1,000 Mississippians.

During the month of August, the virus decimated the state’s hospital system, demoralized already weary frontline workers, and disrupted school for nearly every student and parent in the state.

Mississippi, among the least vaccinated states in America, will remember August 2021 as one of the darkest months of the COVID-19 pandemic.

By mid-August, Mississippi was the COVID capital of the world. At one point later in the month, four Mississippi counties claimed spots in the national top 10 list for highest caseload per capita, including the top spot.

The virus spread through the state so completely and violently that several tent hospitals were erected in parking garages during the hottest month of the Mississippi summer. By mid-August, there were no ICU beds available in the entire state, and COVID patients were waiting in full emergency rooms for critical care. To help alleviate the hospital staffing shortage, the Mississippi State Department of Health issued an order to allow EMTs and paramedics to offer care to COVID patients while they waited for bed space.

The state’s healthcare system was so overwhelmed that experts warned the entire hospital network was within days of collapsing. To fend off that collapse, the state had to request that the federal government foot the $8 million-per-week bill for 1,100 contract healthcare workers.

Hospital administrators across the state reported the virus killed numerous pregnant women. Multiple pregnant women on ventilators died of COVID-19 in a Jackson hospital, requiring ICU c-section deliveries to save their babies.

Multiple Mississippians were hospitalized because they chose to take horse dewormer instead of a safe and effective vaccine, leading the health department to issue dire public pleas for humans to stop taking the animal medicine.

Thirteen-year-old Mkayla Robinson, an eighth grader in Smith County, died a couple days after being diagnosed with COVID-19. That tragedy spurred pleas from the state’s largest medical and education groups for a statewide mask mandate in schools, similar to one issued by Gov. Tate Reeves last school year.

Reeves, however, rebuffed those pleas, ensuring Mississippians the days of statewide mandates to stem the spread of the virus were over.

Meanwhile, the swift and uncontrollable outbreaks of the virus inside schools caused nearly 15% of Mississippi schoolchildren to quarantine in August — just days after they returned for the fall semester — due to infection or direct exposure. This stirred fear inside classrooms among teachers and students alike.

There was little relief from Reeves, the state’s chief executive and top manager of the state’s pandemic response efforts. The governor remained steadfast in his refusal to say, without equivocation, that every eligible Mississippian should get a vaccine despite the fact that Republican governors in neighboring states offered clear and concise encouragement for their residents to get the shot.

Reeves was blistered by hospital executives and school leaders for his inconsistent COVID policies. He directly countered advice from the state’s top doctors, he placated those who refused to get the vaccine, and he uttered jaw-dropping comments about the pandemic.

Reeves countered the medical advice of Dr. Thomas Dobbs, the state health officer, saying that there was not much reason for people who are vaccinated to wear masks. He said that a reporter who wore a mask inside a governor’s press conference was “virtue signaling,” and he falsely claimed that the press had fabricated reports of his response to the pandemic.

At a Republican fundraiser in Memphis in mid-August, Reeves said that Mississippians aren’t as scared of COVID as other Americans because they believe they’ll go to heaven when they die.

“When you believe in eternal life, when you believe that living on this earth is but a blip on the screen, then you don’t have to be so scared of things,” Reeves said, neglecting to mention any of the Mississippians who had died from COVID in August — 984 by month’s end — or their families.

Now one week into September, there is reason for cautious optimism. Cases and hospitalizations are trending sharply downward.

Mississippi’s seven-day average of new COVID cases has dropped nearly one-third from August’s peak. Hospitalizations have seen a more modest decrease — just over 16% from their peak — but these trends are naturally out of sync. It takes time for trends in caseloads to be reflected in hospitalizations and then deaths.

Another promising sign is Mississippi’s declining prominence among the most infectious counties in America. Just two weeks ago, Mississippi claimed four spots on the national top 10 list for highest caseload per capita, including the top spot. Now it only has one — Wayne County — sitting at No. 10. During that same period, Mississippi went from having the highest infection rate per capita of any state to the fourth-highest.

While the downward trend is welcomed, medical professionals are urging Mississippians to get the vaccine and remain vigilant.

“We can’t let our guard down,” Dobbs said during a press conference last week. “We’ve got a lot more coronavirus to go through before we can get back to where we were previously.”