Just before 8 a.m. Friday, a three-vehicle collision took place on the entrance ramp to I-20 west of U.S. Highway 61.

The initial accident involved a garbage truck that overturned, spreading trash all over the roadway and median.  Unable to stop on the slick overpass, a fire truck slid into the garbage truck.  A wrecker arrived on scene, which also slid into the pileup. 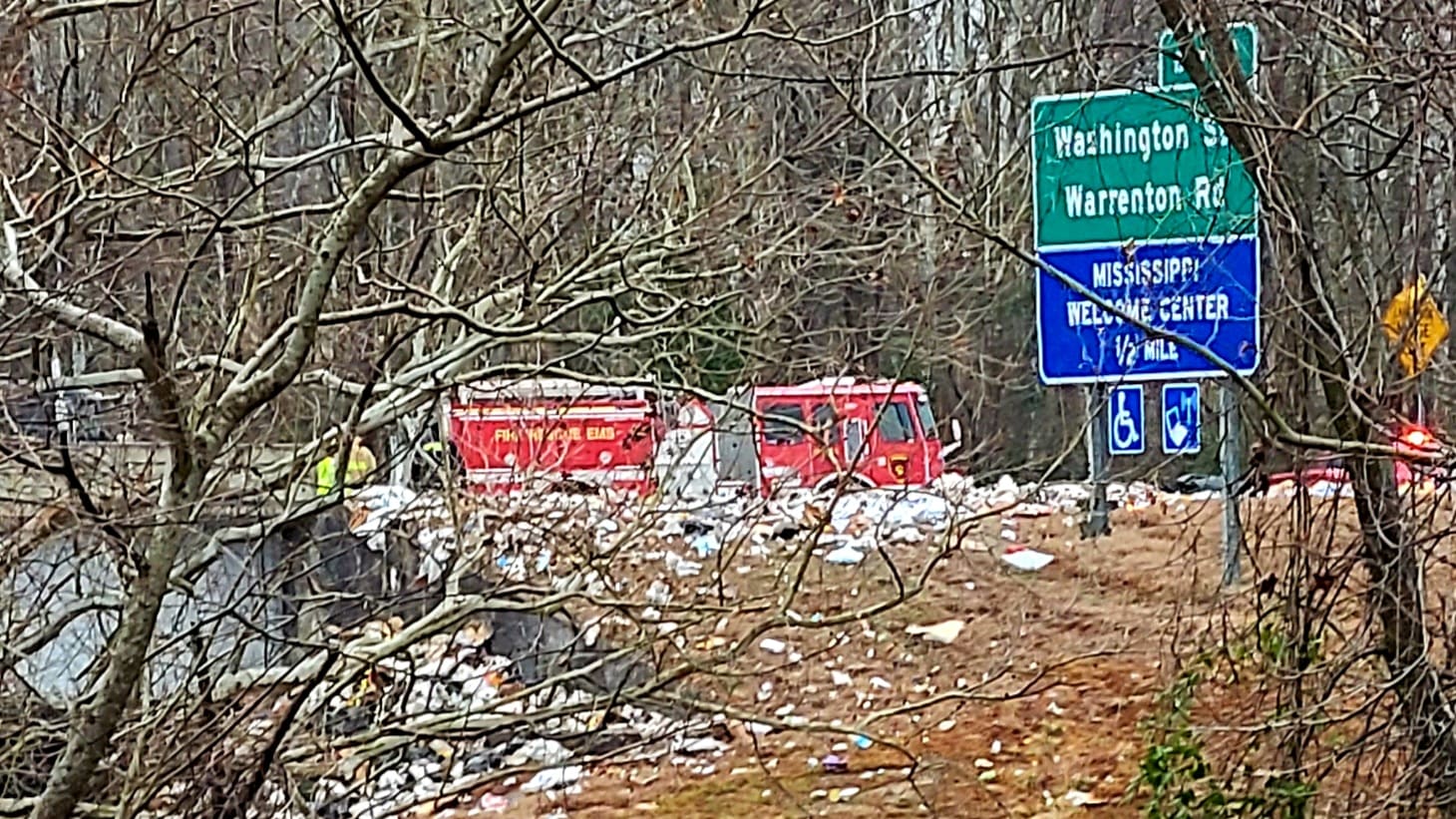 Garbage is strewn all around the roadway from the overturned trash collection truck on U.S. Highway 61 Friday morning (photo by David Day)

No one was injured in the accident.  Cleanup is expected to take several hours.

Numerous other accidents have been reported all over town, usually involving a bridge or overpass that is slicker than the rest of the roadway.

The majority of the roads in Vicksburg and Warren County are safe and navigable, however the lack of insulation underneath bridges and overpasses leads to dangerous ice accumulation.

Do not make the mistake of becoming complacent while driving in these conditions. Use extreme caution and, as David Day said, “If you don’t have to go, don’t go.”