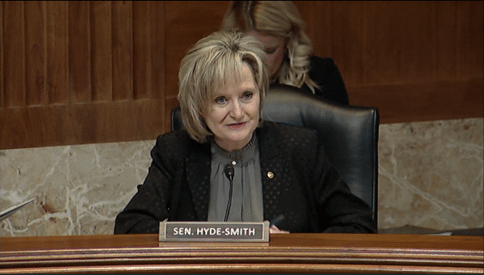 Hyde-Smith, along with other members of the Senate Agriculture Committee are seeking for a public release of data provided by the U.S. Department of Agriculture (USDA) to verify the claims that 98 percent of farm estates would be unaffected by the capital gains tax rate changes proposed by Biden.

“The proposed tax impacts are dependent on a number of factors, including but not limited to appreciation in farmland assets prior to a property owner’s death, size of the farm operation and associated assets, income of the heirs, and the farm’s ownership structure. Given these factors, we are writing to seek a detailed explanation and supporting economic analysis clarifying how these tax provisions will affect farm estates, including specifically how USDA arrived at the conclusion that fewer than 2% of farm estates will be impacted by the proposed tax changes,” the Senators wrote.

Senators are asking Vilsack to provide verification of the claims within 30 days.  Also included in the letter, was a citing of a recent Perdue University Ag Economy Barometer report.  95 percent of those who responded to the issue felt they were “concerned” or “very concerned” that the tax changes would make it more difficult for them to be able to pass their properties on to the next generation.