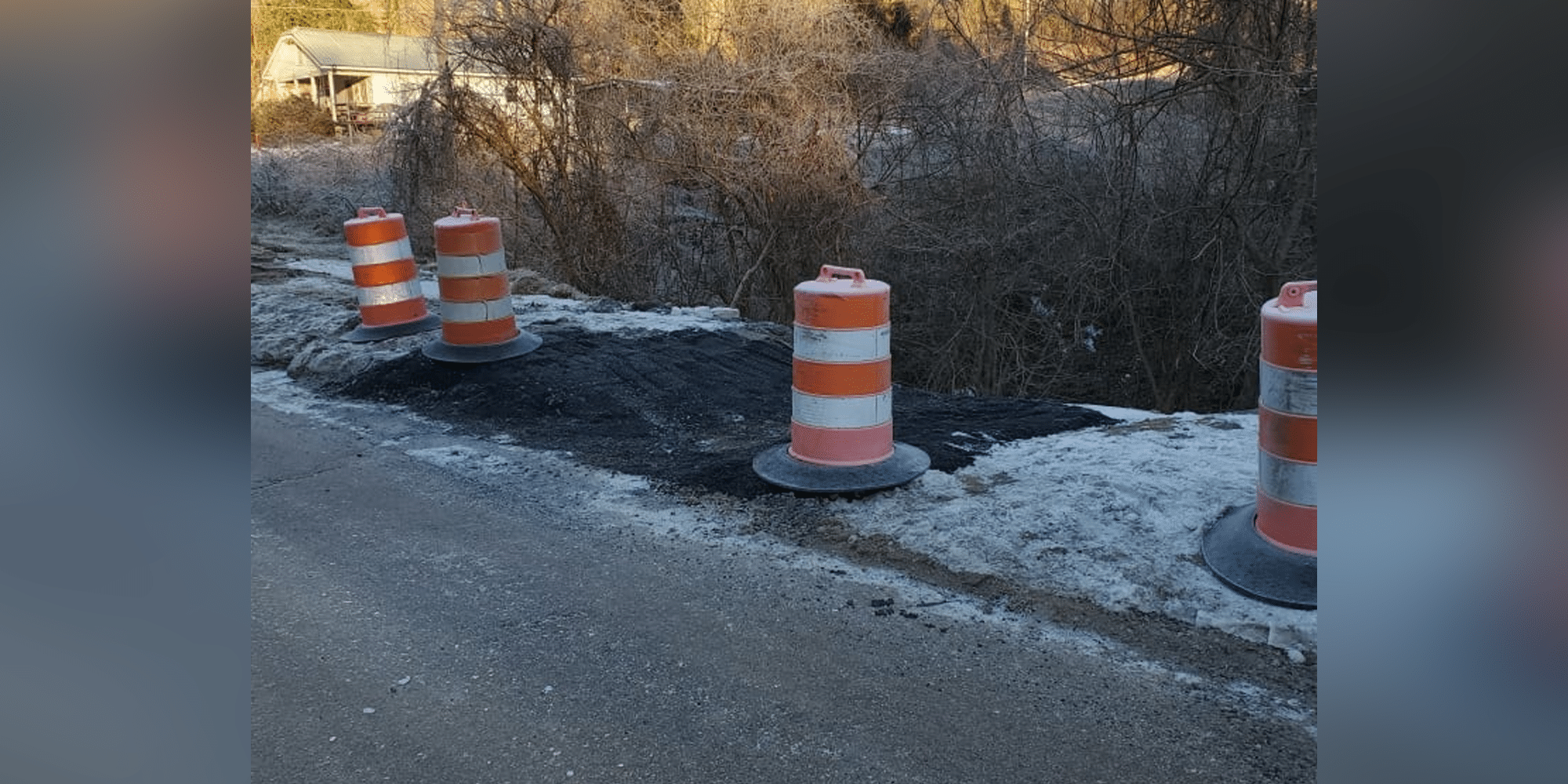 The Mississippi Department of Transportation has completed temporary repairs on an issue on Hwy 80 that developed during the recent storm as melting ice and snow was eroding the shoulder and undermining the roadway.

The area around the 3400 block of U.S. Highway 80 was closed for several hours Saturday afternoon after a report by Vicksburg Daily News’s David Day brought the quickly escalating situation to a head.

This followed three days in which Vicksburg Warren 911 had notified the agency numerous times that first responders were reporting that an issue was developing with the highway near its intersection with Newman’s Road.

Numerous local officials responded to the scene and Sheriff’s Deputies closed the road until MDOT law enforcement and the Mississippi Highway Patrol could take over. MDOT spokesman Mike Flood confirmed that the repairs are temporary and have been completed.

An evaluation by engineers and development of a course of action is expected to take place in the coming days.

Extreme caution should be used when traveling.

The original live report by David Day can be found below: