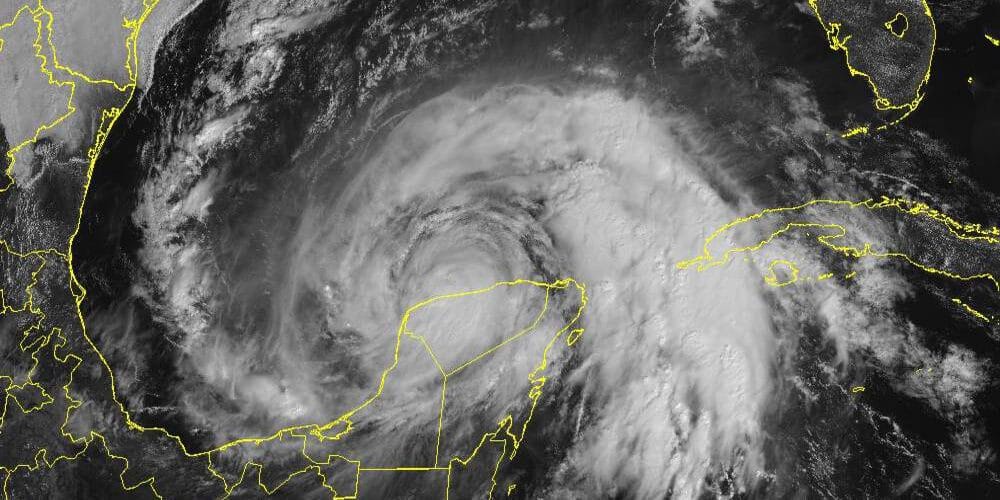 Zeta is on track to hit very near to the same Gulf Coast areas as hurricanes Cristobal, Laura and Delta. Hurricane warnings have been issued for New Orleans, lakes Pontchartrain and Maurepas and from Morgan City, Louisiana, to the Mississippi-Alabama state line.

Hurricane Zeta made landfall on Mexico’s Yucatan Peninsula Monday night as a Category 1 hurricane, then weakened as it crossed into the Gulf of Mexico. There, the storm is expected to strengthen once again to a hurricane with winds of 80 to 85 miles per hour.

The storm is expected to make landfall on the Gulf Coast Wednesday night. Life-threatening storm surge is expected along portions of the northern Gulf Coast by late Wednesday, with the highest inundation occurring somewhere between the mouth of the Pearl River and Dauphin Island, Alabama.

Zeta is the 27th named storm of what has turned out to be an extremely busy hurricane season, as predicted. It’s the 11th hurricane and also the earliest 27th storm of season, breaking the previous record set Nov. 25, 2005. An average hurricane season sees 10 named storms and six hurricanes.

Related Topics:FeaturedHurricane Zeta
Up Next