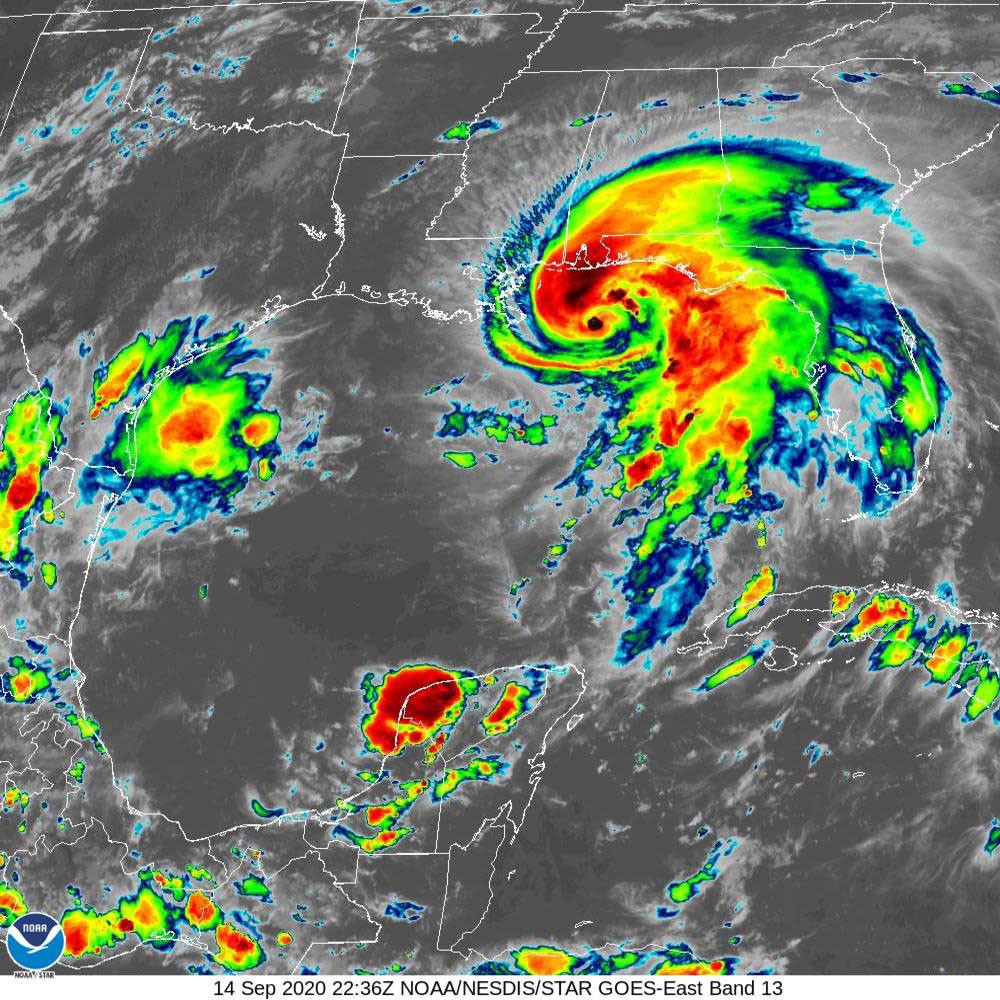 Sally became a hurricane Monday afternoon, and is still predicted to be at Category 2 strength by the time the storm makes landfall early Tuesday morning, although she could be stronger.

The storm’s projected path has shifted to the east, and it’s looking as if Sally will not hit inland Louisiana the way Laura did; however, the Louisiana and Mississippi coasts are still expected to be hit hard and they remain under a hurricane warning. The Hurricane Warning has been extended eastward from Morgan City, Louisiana, to the Mississippi and Alabama coasts and to the Florida Panhandle to Navarre.

The National Hurricane Center advises that it is too early to determine where Sally’s center will move onshore given the uncertainty in the timing and location of Sally’s northward turn near the central Gulf Coast.

An extremely dangerous and life-threatening storm surge is expected for areas from Port Fourchon, Louisiana, to the Okaloosa/Walton County line in the Florida Panhandle, where a Storm Surge Warning is in effect. Residents in these areas should follow any advice given by local officials.

Hurricane conditions are expected late Monday or early Tuesday within the Hurricane Warning area in southeastern Louisiana and are expected by late Tuesday and Tuesday night within the Hurricane Warning area along the Mississippi and Alabama coastlines and the western Florida Panhandle. Tropical storm conditions are likely to begin this evening in these areas and preparations should be rushed to completion.

Life-threatening flash flooding is likely, as well as widespread minor to isolated major flooding, on area rivers along and just inland of the Central Gulf Coast. Significant flash and urban flooding, as well as widespread minor to moderate river flooding is likely across Mississippi and Alabama through the middle of the week. Flooding impacts are expected to spread farther across the Southeast through the week. 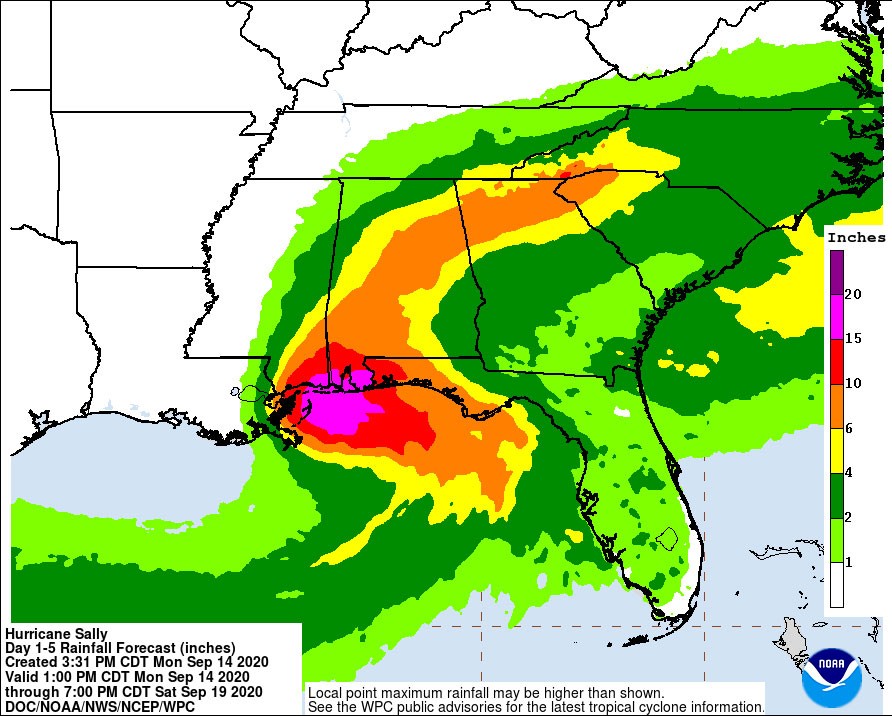