Mayor gets "some sense knocked into" him

Downed trees, power lines and power poles all over town - 6400 without power

Many struggle with outages as Entergy tries to keep up

The water plant is down 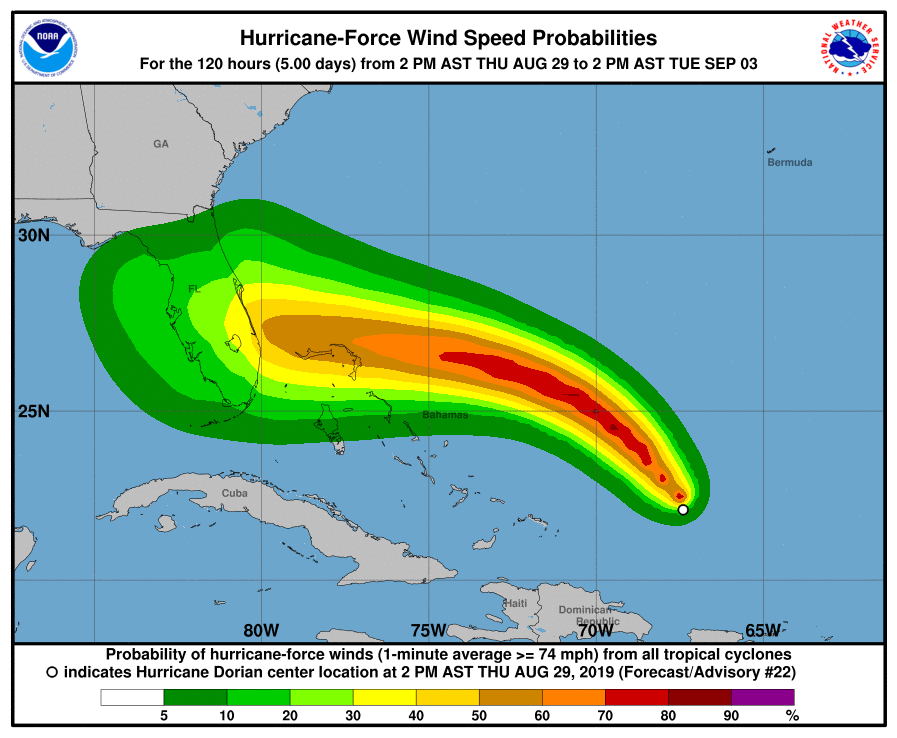 Hurricane Dorian is conjuring images of the devastation left behind by Hurricane Katrina, which made landfall on the Mississippi Gulf Coast 14 years ago today, Aug. 29, 2005. 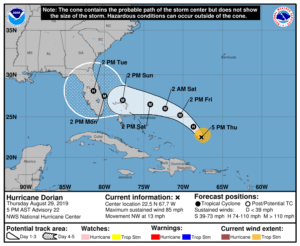 Dorian is gaining strength, and the National Hurricane Center is expecting it to become a Category 4 hurricane before it makes landfall on the eastern shore of Florida Monday. Storm watchers are saying the storm could hit anywhere on Florida’s Atlantic Coast. At that point, it could dissipate, or roll over the peninsula into the Gulf of Mexico where it could again gain strength again on its way to hit the Gulf Coast.

Yesterday, the storm hit the island of St. Thomas, where it caused wind gusts of up to 100 miles per hour. If it reaches Category 4 status, those winds could become sustained at 130 miles per hour. Wind and water will likely impact parts of Georgia, Alabama and South Carolina.

“The risk of devastating hurricane-force winds along the Florida east coast and peninsula late this weekend and early next week continues to increase,” NOAA said this morning, adding, “… heavy rains are expected to occur over portions of the Bahamas, Florida and elsewhere in the southeastern United States this weekend and into the middle of next week.”

When Katrina made landfall, it had slowed to a Category 3 storm, yet the damage it caused was catastrophic. At least 1,836 people died as a result of the hurricane and subsequent flooding.

Ground zero for Katrina was Gulfport, Miss. She flattened numerous homes and businesses on the Mississippi Coast, leaving nothing behind but slabs. Boats and casino barges rammed buildings, and cars and houses were pushed inland. Streets and bridges were washed away. The storm’s affects reached as far north as Jackson and other Central Mississippi cities leaving hundreds of thousands across the state without electricity for days. Trees were knocked down everywhere, blocking roads. Total property damage came in at about $125 billion, tying 2017’s Hurricane Harvey as the costliest Atlantic hurricane on record. 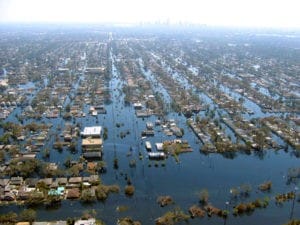 In New Orleans, more than 50 levee breaches eventually caused 80 percent of the city to flood, and the waters lingered in some neighborhoods for weeks. Transportation and communications were mostly useless, stranding thousands of people without food, shelter or other necessities. Most of the storm’s fatalities happened in New Orleans in Katrina’s wake.

Katrina’s effect on the environment was also profound. An estimated 217 square miles of land disappeared in Louisiana’s wetlands and bayous, much of it breeding grounds for marine life including brown pelicans and sandhill cranes, land and sea turtles, and fish. Katrina also caused oil spills resulting in more than seven million gallons of oil leaked into the ground and waterways.

In September 2005, Congress authorized $62.3 billion in victim aid. Thousands of National Guard and federal troops were sent to Louisiana to help restore order in addition to assisting with evacuations and rescues. The Federal Emergency Management Agency provided temporary housing to more than 700,000 people, while about a million left the coast never to return.

For many people affected by Katrina, the storm’s effects still linger. Some will never be whole, and some things, like the public-school system in New Orleans, may never come back.

As Hurricane Dorian unleashes its fury on Florida’s Atlantic coastline, it’s worth remembering just how bad things can get in the wake of a major hurricane.