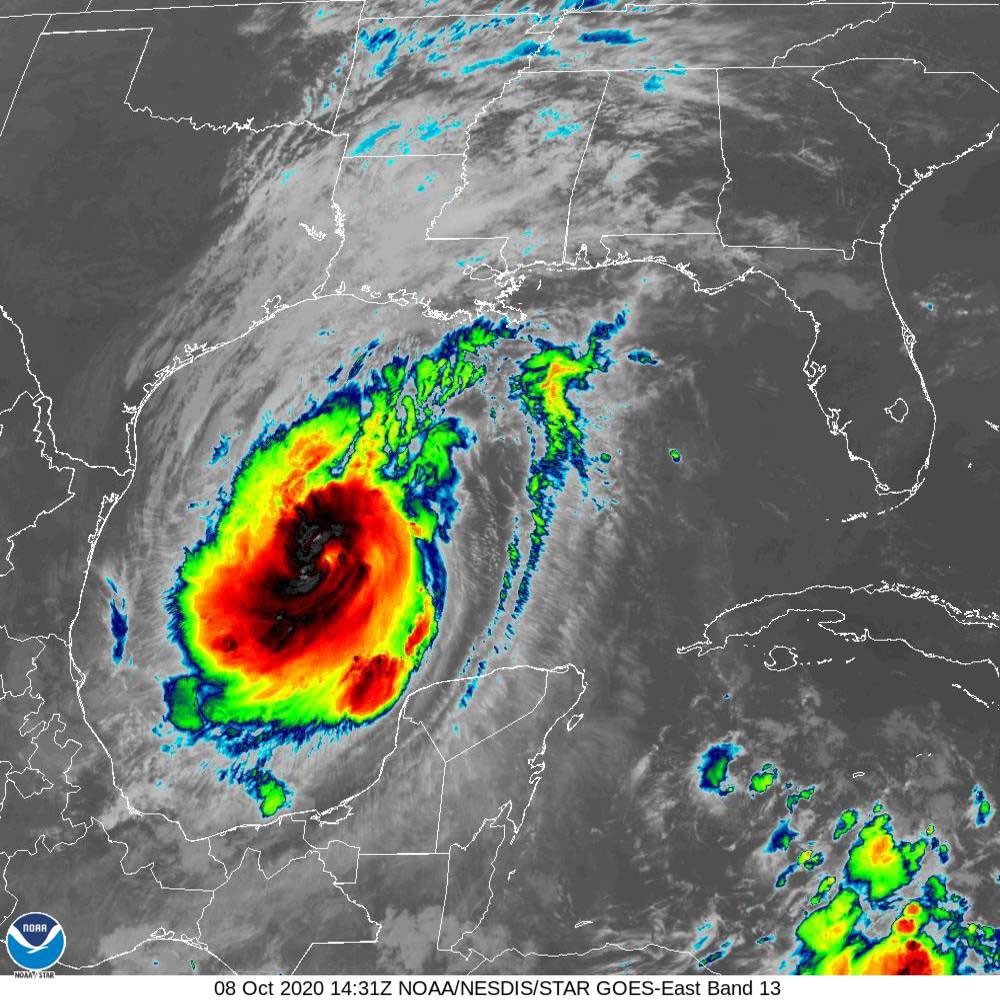 Hurricane Delta is on track to make landfall on the Louisiana coast Friday afternoon. Just weeks after hurricanes Laura and Sally hit the Gulf Coast, coastal residents are once more preparing for a potentially catastrophic hit from Delta.

Now a Category 2 storm, forecasters expect Delta to strengthen and grow over the next 24 hours into a major hurricane (Category 3 or higher). After landfall, the storm is expected to rapidly weaken as it moves northeast into interior Louisiana and Mississippi. 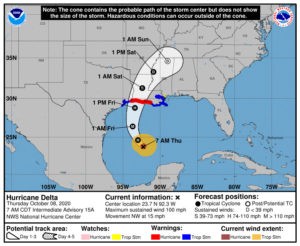 As it approaches the northern Gulf Coast, life-threatening storm surge and dangerous hurricane-force winds are likely to begin Friday, particularly for portions of the Louisiana coast. Storm Surge and Hurricane Warnings are in effect, and residents in these areas should follow advice given by local officials and rush preparedness actions to completion.

A Hurricane Warning is in effect east of Sabine Pass, Texas, to Morgan City, Louisiana.

A Tropical Storm Watch is in effect east of the mouth of the Pearl River to Bay St. Louis, Mississippi.

Significant flash, urban, small stream and minor to isolated moderate river flooding is likely Friday and Saturday from portions of the central Gulf Coast into portions of the lower Mississippi Valley. As Delta moves farther inland, heavy rainfall is expected in the Ohio Valley and mid-Atlantic this weekend.

Mayor declaring the bar at LD’s Kitchen a public nuisance