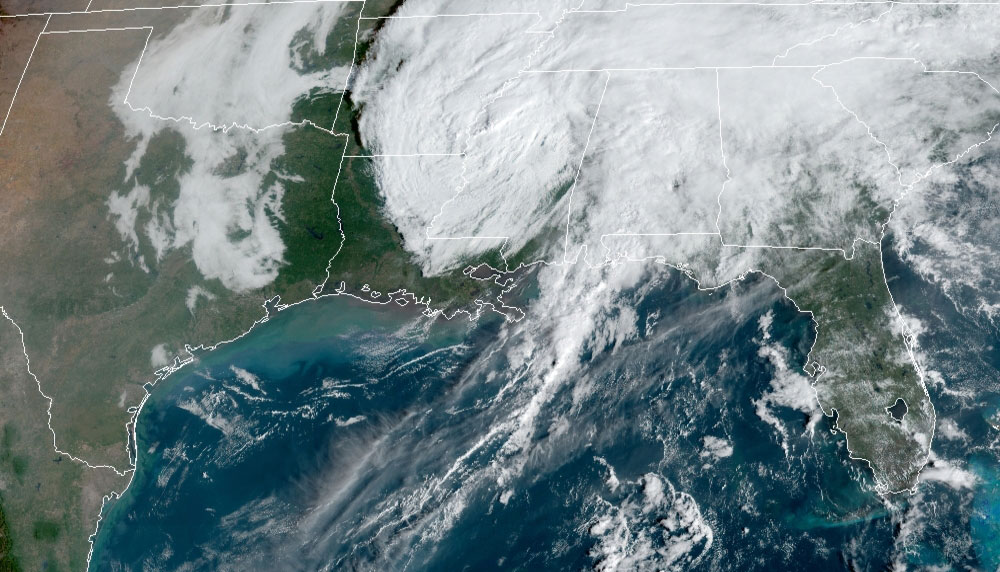 Hurricane Delta hit the Louisiana Gulf Coast around 6 p.m. Friday as a Category 2 storm near the town of Creole, about 15 miles from where Hurricane Laura made landfall in August.

The storm rapidly weakened after landfall, and by Saturday morning, it was a tropical storm as it continued to move north-northeast. In its wake, more than 750,000 people in Texas, Louisiana and Mississippi were without power.

At 5 a.m. Saturday, all watches and warnings for Delta were discontinued. At that time, the storm’s center was about 45 miles south-southeast of Monroe, Louisiana, and moving north-northeast at about 16 mph. Top sustained winds were about 45 mph, and winds will continue to weaken throughout the morning.

Tropical-storm-force winds will persist for a few more hours near the path of Delta’s center through Saturday. For northern Louisiana, southeast Arkansas and western Mississippi, Delta is expected to produce an additional 2 to 5 inches of rain, with isolated storm totals of 10 inches. These rainfall amounts will lead to flash, urban, small stream and minor river flooding.

In addition, the threat of tornadoes exist for eastern Mississippi, Alabama, the Florida Panhandle, and western and central Georgia, forecasters said.

Additional weakening is forecast, and Delta is expected to become a tropical depression later Saturday. Tropical-storm-force winds extend outward up to 90 miles (150 km) from the center. Hawkins Field in Jackson, Mississippi, recently reported a wind gust of 51 mph.