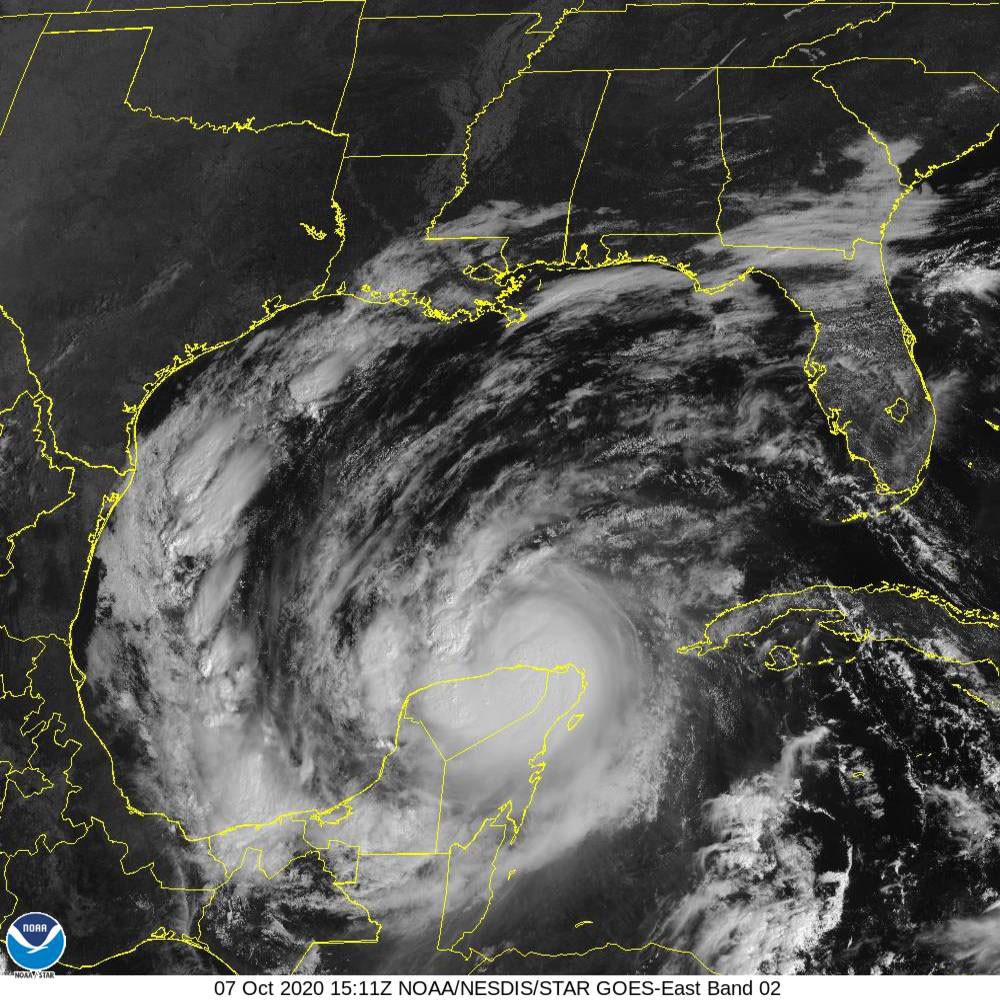 At this time, the center of Hurricane Delta is expected to make landfall primarily along the Louisiana coast Friday morning, then move northeast into Louisiana and Mississippi Friday afternoon and into Saturday. 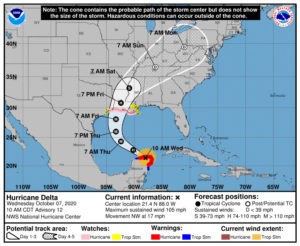 Regardless of Delta’s landfall intensity, life-threatening storm surge and strong winds are likely over a large portion of the northwestern and northern Gulf coast, which has necessitated the issuance of Storm Surge, Hurricane, and Tropical Storm watches for portions of that area.

A Hurricane Watch has been issued for the northern Gulf coast from High Island, Texas, eastward to Grand Isle, Louisiana.