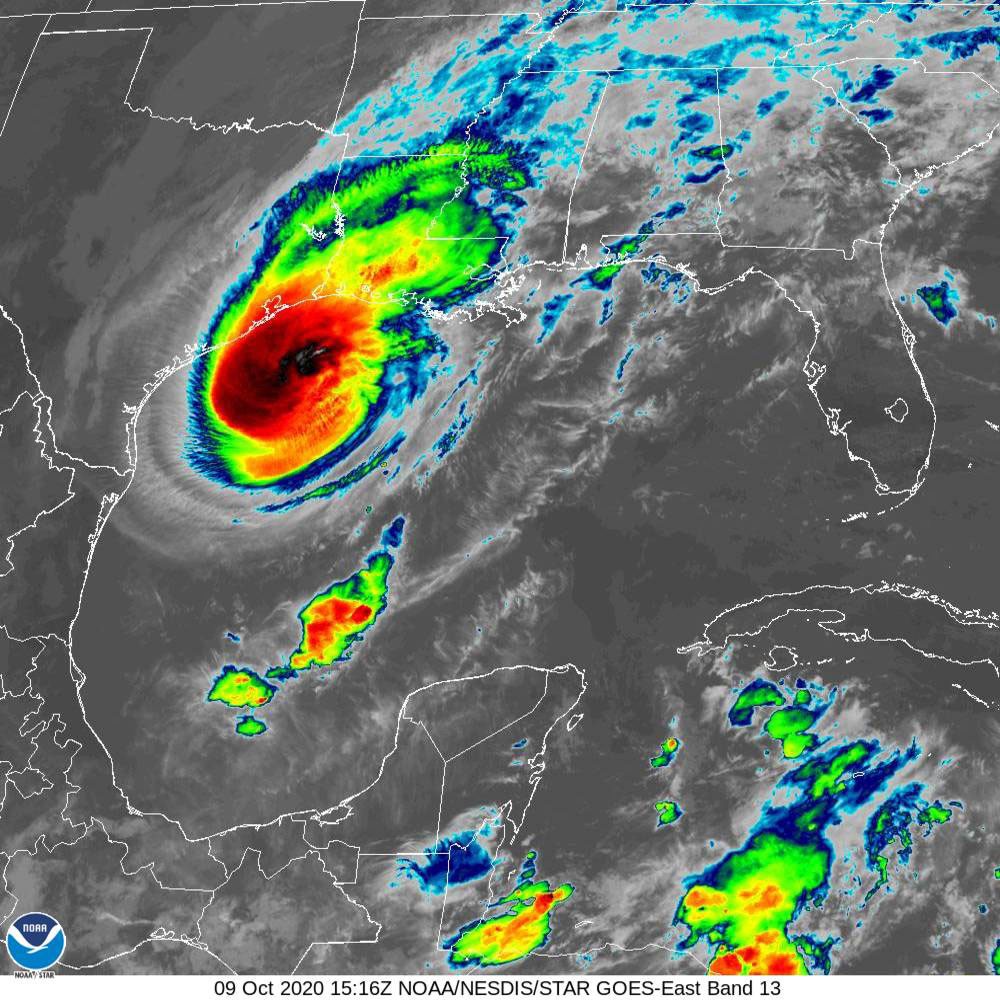 Hurricane Delta, now a Category 3 storm with winds up to 110 mph, has begun to affect the Gulf Coast this morning with heavy rain and high winds.

Delta, the 10th named storm of the season to make landfall, is on track to hit essentially the same area hit by Hurricane Laura six weeks ago on Louisiana’s coast. Water is already rising in many areas. Baton Rouge, Louisiana, recorded 8 inches of rain overnight, and many roads there have been closed.

Several Louisiana parishes are under mandatory evacuation orders, including Allen, Calcasieu, Cameron, Iberia, Jeff Davis and Lafourche. Other cities in the area have done the same.

Life-threatening storm surge is forecast to reach up to 11 feet when Delta makes landfall Friday evening. A Storm Surge Warning is in effect from High Island, Texas, to the Mouth of the Pearl River.

Water levels in this area will rise quickly Friday afternoon and evening as Delta approaches and efforts to protect life and property should be rushed to completion.

Hurricane-force winds are expected within portions of the Hurricane Warning area, especially along the coast of southwest Louisiana. Hurricane force winds will also spread inland across portions of southern Louisiana near the path of Delta’s center Friday night.

Heavy rainfall will lead to significant flash flooding and minor to major river flooding in parts of Louisiana Friday and Saturday. Additional flooding is expected across portions of the central Gulf Coast into the lower Mississippi Valley.