Members of a Vicksburg hunting club are working to preserve a priceless piece of the city’s history. 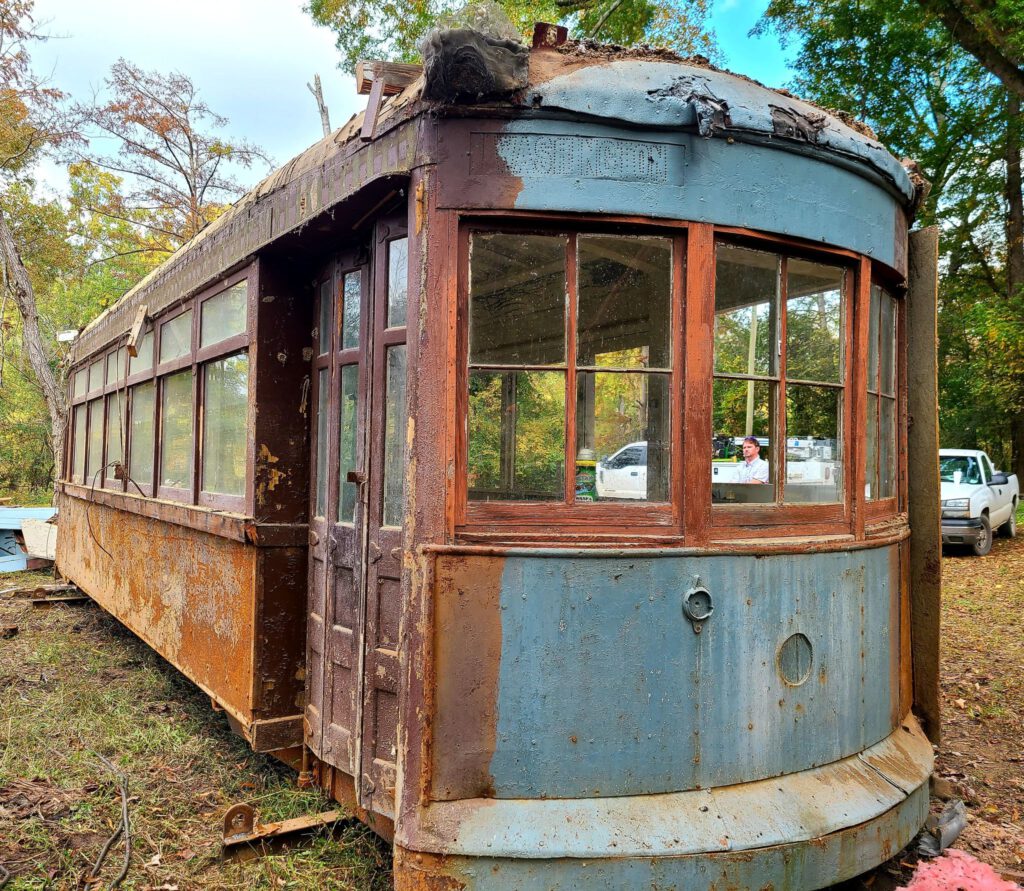 Vicksburg Electric Street Railway opened the first line of eight miles of streetcar track in Vicksburg on April 24, 1899. Electric trolley cars continued to serve Vicksburg under a succession of companies until 1939, when streetcars were replaced with busses for public transit.  At the height of the streetcar era, Vicksburg had 12 miles of track serving as many as 22 trolleys. 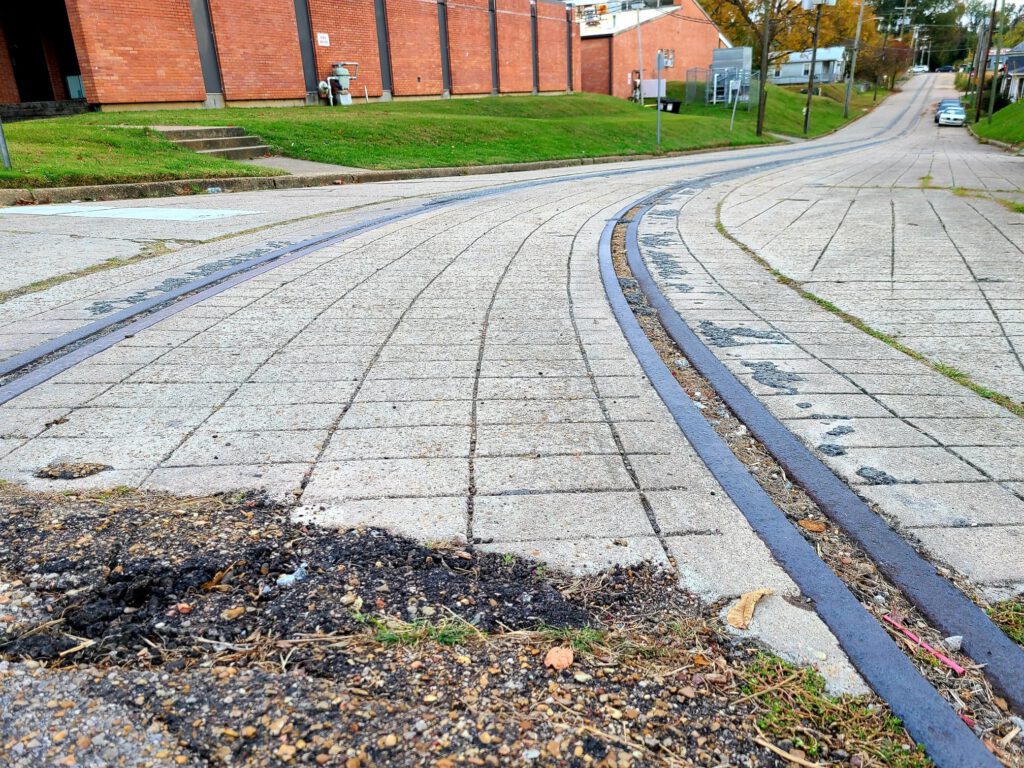 Tracks still remain embedded in some of Vicksburg’s oldest streets, like these on Howard St. (photo by David Day)

Prominent local attorney Emmett Ward purchased one of the streetcars and brought it to his Long Lake Hunting Club. The club, founded in 1908, remodeled the car to serve as a kitchen for their clubhouse and even added a porch. 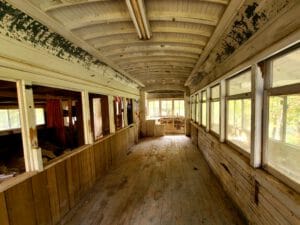 When it was originally installed, the car and surrounding clubhouse was set 8 feet off the ground. After the 1973 flood, it was raised another 8 feet.  The car remains in remarkably good condition, having been protected from the elements high among the trees and surrounded by the rest of the clubhouse.

Long Lake Hunting Club members, including Don Miller, contracted Paul Lynn Construction for the daunting task of removing the trolley from its 16 foot perch so that the historic car could be saved for posterity.  The crew worked all day to dislodge the streetcar from the rest of the clubhouse and lower it safely to the ground.

Eventually, the club would like for the car to be moved to a location for public viewing. For now, at least, the trolley is to be stored at the old Blackburn building on Washington Street. 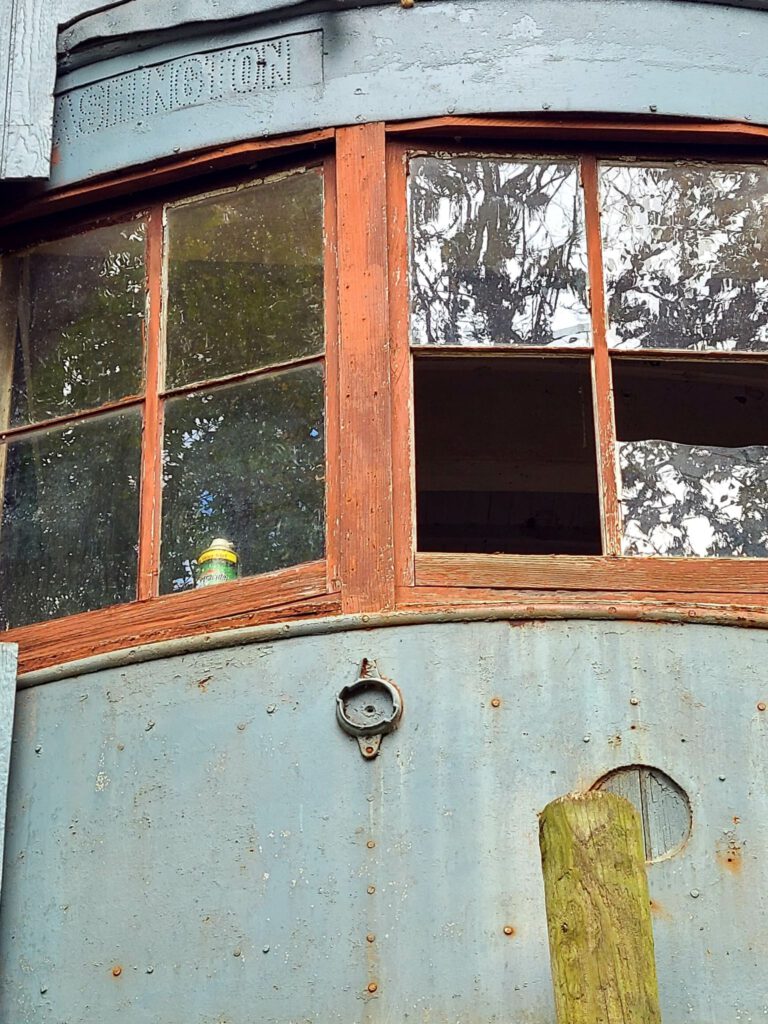 The club hopes to eventually restore the trolley car to its original condition when it ran on the streets of Vicksburg.