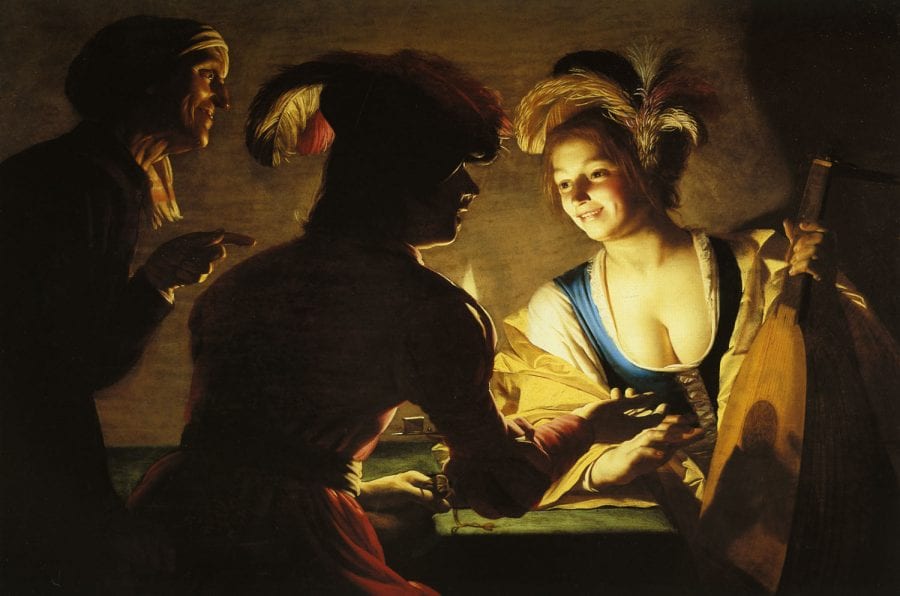 When I used to take trips, usually to Virginia, Georgia or the Carolinas, I was looking for dead relatives, for genealogy has always fascinated me.

On one of those journeys to North Carolina, my friend the late Hobbs Freeman, went with me with the same purpose — looking into the family history.

He found a document in Wayne County that kept him laughing. It wasn’t what one might expect, but it certainly made that branch of his family, the O’Quins, more interesting. I’m sharing it with you, just as it appears in the General Assembly source records for November and December, 1813.

The Petition of John O Quin of the County of Wayne humbly represents: That your petitioner about Eight or Ten years ago in the Town of Wilmington, in Company with sundry Others, who were disposed to spend the evening in a Convivial Manner; (after having recourse to the inebriating liquors, as an impetus to their actions) repaired to a House in the Town where the Occupants were of the Female sex; and notorious for their restitution. Your Petitioner being then in the prime of life, and a disposition rather Volatile,–he did not hesitate to become one of the company, and expatiated freely on the subject of matrimony;—-

He did not believe that any scandal would result from such conduct, as a Justice of the Peace was in Company with him;–and as his sole object was­ the Acquisition of knowledge to enable him the better to discriminate: between women of Virtuous and Vicious habits:—–

He further States that, But a short time had elapsed; before the inebriating liquors proved absolutely predominant; and your Petitioner became utterly insensible of the Transactions of the Night. Your Petitioner further States that in the morning when he awoke; to his inexpressible Mortification, there lay by his side a Huge Mass of Creation, purporting to be of the Female sex, who called herself Mary Jackson;–whose uncouth appearance indicated that she was formed by nature in a rude and ranting frolic–and whose touch alone was amply sufficient to recoil the feelings of the most profligate wretch in society—-

Your Petitioner further States that he hastily arose from his bed, and enquired into the cause of her intrusion upon his repose;· When he was informed that a Justice of the Peace who was in company in a fit of intoxication had joined them together as man and Wife, and at a time when your Petitioner was utterly insensible of the whole transaction-:·–Upon this information he precepetately retire, with pungent feelings of grief; and Alas! when too late protested against the proceedings of that fatal night. This fortuitous occurrence has proved as destructive to the repose of your Petitioner; and has excited as much consternation among his friends; as was experienced by the Trojans, upon the introduction of the Grecian Horse into Troy.

Your Petitioner further states, that he is firmly impressed with the Belief, that if none of the fair sex, were Ornamented with features and forms more enchanting than this Mary Jackson: procreation would certainly cease, and be forgotten. Your Petitioner further States, that the said Mary Jackson has gone off, as a Prostitute to Canada, with the troops of the United States; —- and it is, as reasonable an expectation, that a Camel can go through the eye of a needle: or the Leopard change his skin; as to believe that the said Mary, and your Petitioner will ever dwell together ——

And as our Moral and civil institutions require that all contracts (if obligatory) should be entered unto, with the free and full consent of both parties. He prays the enterposition of your Honorable Body in his behalf; and hopes that the marriage aforesaid may be absolutely abrogated by an act of your Honorable Body, and he as in duty bound, will ever pray &c. John O. Quin State of North Carolina Wayne County This may Certify, that before us Jacob Kornegay and William Bizzell two of the Justices of the County Court of pleas and Quarter Sessions of the County Wayne on the 11th day November 1813 at the house of the Jacob Kornegay’s, Personally came and appeared before us Uriah Bass Jr. who being sworn:, Saith in May last he was in Washington that John O’Quin gave him a Letter to Carry, to John Darden, for the purpose of Inquiring for a Woman by the name of Mary Jackson that he could not find Darden in Town, that he gave the Letter to William D. Miller and the sd. Miller Read the Letter and said there had been such a Woman in Town but was then gone off with the Soldiers and if O’Quin wanted to Marry he might do so that she never would come back to interrupt him. J. Kornegay W. Bass Jr. Wm.Bizzell

I doubt that any search by one of the DNA companies will ever produce a document more enlightening than this one.