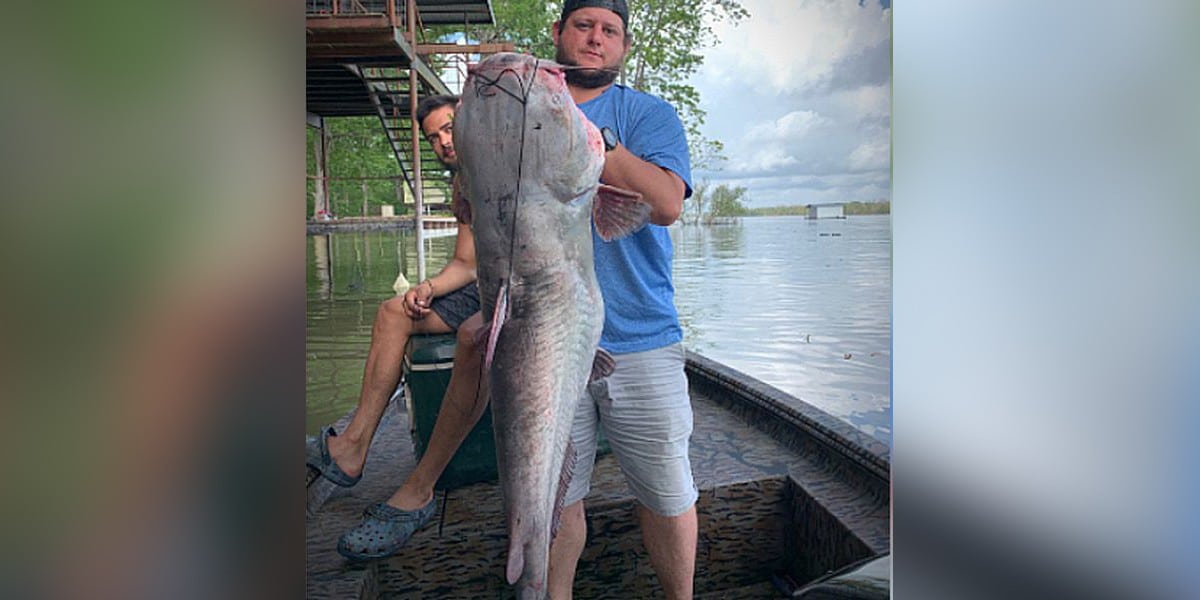 Larkin Smith shows off the team's catch. (Photo via MDWFP)

A team of three fishermen have a fish story for their grandkids.

The team pulled an 86-pound blue catfish from the Mississippi River at Natchez earlier this week.

The team was made up of Larkin Smith, Shane Moak and Devon Pizarras.

The biggest blue caught in the state of Mississippi was a 101-pound fish caught in 1997, also at Natchez.

The biggest catfish caught in the Mississippi River was a 124-pounder caught in 2011 near Alton, Illinois.

The blue catfish record belongs to a Virginia fisherman who caught a 143-pound behemoth at Buggs Island Lake near Clarkesville, Virginia.

Is that a fish story or what?