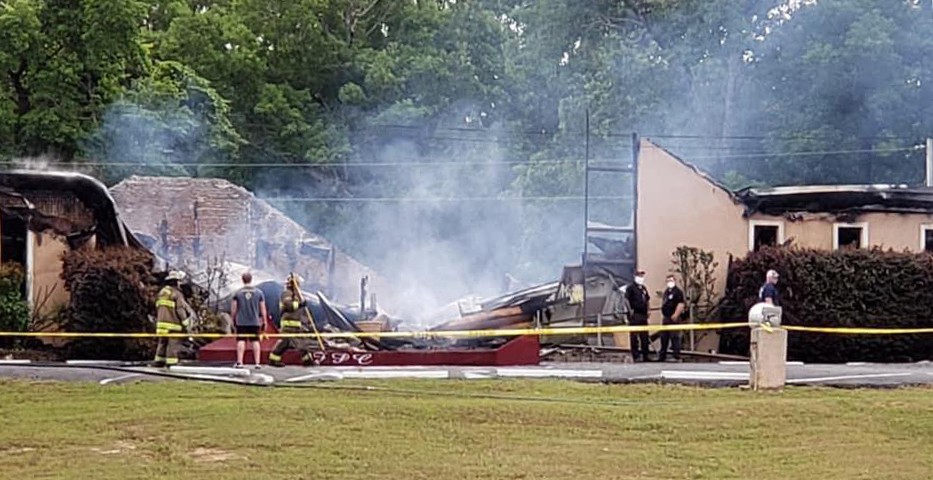 The First Pentecostal Church in Holly Springs was apparently the target of arson. (Photo source: Facebook)

A church in Holly Springs, Mississippi, embroiled in a lawsuit was apparently the target of an arsonist.

Firefighters were called to the First Pentecostal Church around 2 a.m. Wednesday to find the building fully engulfed in a blaze. The building is a total loss.

“We’ve collected evidence and stuff we are trying to get identified through several different companies and stuff to perhaps give us some leads and lead us in a direction we can find the person or persons responsible for this fire,” Major Kelly McMillen told the station.

In a Facebook post, the Manassas Pentecostal Church in Virginia wrote that the church refused to shut down due to COVID19 restrictions.

“The Church was set ablaze today,” the post stated, “causing a major explosion in the back of the Church which blew out the front. Before leaving, the Arsonists spray painted these words in the pavement, “BET YOU STAY HOME NOW YOU HYPOKRITS.” 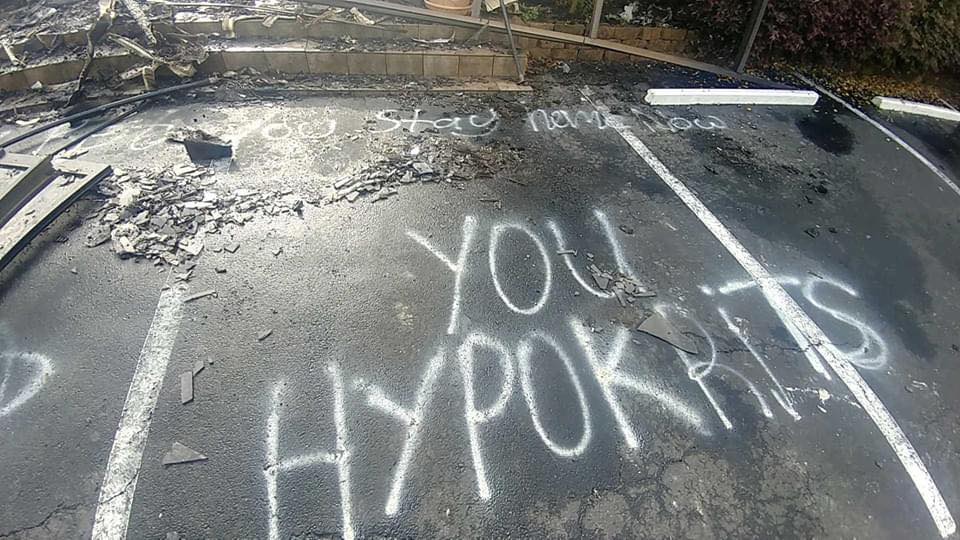 It is not clear where the Virginia church got its information; however, there is much more to the story.

In April, the Holly Springs church sued the town for disrupting its bible study and its Easter Sunday services, and for issuing its pastor a citation for not following the town’s COVID-19 proclamation banning drive-in services, the Christian Post reports.

“On both occasions, Holly Springs law enforcement personnel ignored the fact that all church members present were practicing social distancing and complying with all applicable health requirements,” the church’s attorney said in a statement.

As a result of the suit, a federal judge issued an order saying that neither Holly Springs nor its police force could interfere with the church’s drive-in services. Holly Springs quickly amended its proclamation to allow drive-in church services.

The same judge issued a stern rebuke when the church sought to expedite the lawsuit May 15.

“[The court] frankly suspects that plaintiff’s members regard this controversy as a game of sorts and enjoy the publicity attendant to it,” he wrote. “This court’s suspicions on this point are strengthened by the manner in which plaintiff has sought to move the goalposts in this litigation after the City moved quickly to meet its initial request to hold drive-in services.”

WREG reports that the church has not been holding services due to COVID-19 restrictions, and that the pastor was out of town at the time of the incident.

The Marshall County Sheriff’s Office is offering a reward for information leading to an arrest. If you have information, call 662-521-1311.