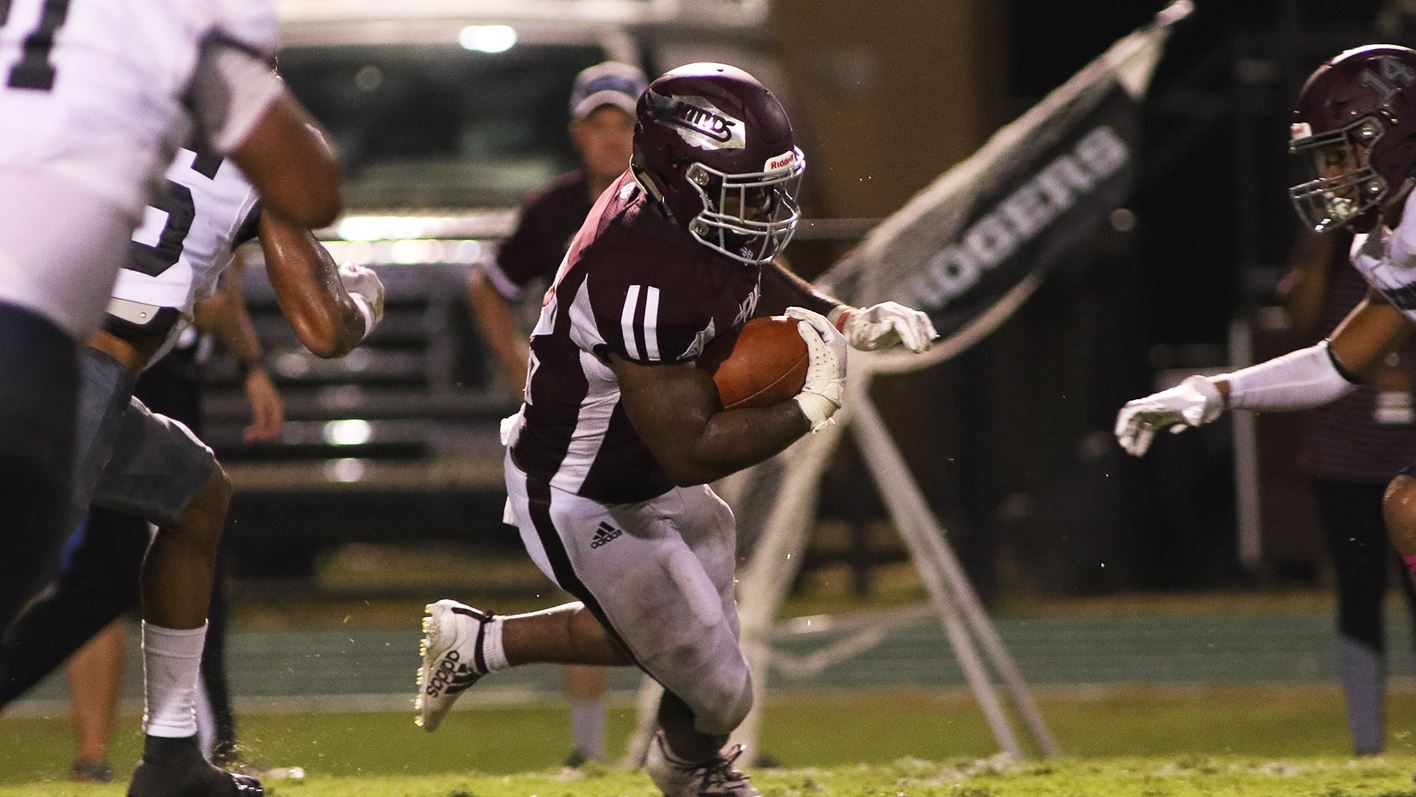 The matchup served as Hinds’ homecoming game, and the Eagles, ranked 11th in the most recent Mississippi Association of Community and Junior Colleges poll, did not disappoint. They scored all 54 points in the first two quarters of the game and led 54-12 at halftime. The sizable lead implemented the MACJC’s mercy rule, which enables the clock to run the entire second half without stopping.

Hinds kicked off the action when quarterback Elijah Walker, of Amite, La., completed a 13-yard touchdown pass to Javon Antonio, of Reserve, La., with 11:10 remaining in the first quarter.

Hinds then blocked the Tiger punt on the ensuing drive and recovered it on the CCC 25-yard line. Coahoma responded as they recovered a Hinds fumble on the very next play and returned it 75-yards for a touchdown of their own. Their two-point conversion attempt was unsuccessful, so Hinds led 7-6 with 9:57 left in the first quarter.

The Eagles then went on a scoring spree. Don Ragsdale, of Pisgah, started off the spree with a 33-yard touchdown run. Following a Tiger fumble Derrick Turner, of Raymond, punched in his first touchdown of the game with a seven-yard run which increased the Hinds lead to 21-6. Sophomore defensive back Rodrevious Harris, of Lexington, quickly got the ball back for the Hinds offense when he intercepted the Tiger pass.

Walker then found Antonio in the end zone again as the duo connected for the four-yard touchdown. Antonio’s second touchdown reception of the evening increased Hinds’ lead to 28-6 with 12:09 on the clock in the second quarter.

Running back Zhadarian Haywood, of Terry, then got in on the action himself as he ran for two touchdowns. Haywood’s first touchdown came when he found the end zone with a 38-yard touchdown run.

Following the game of “hot potato,” Haywood then barreled his way through CCC defenders and into the end zone for his second touchdown of the night on a 28-yard run, which gave Hinds a 40-6 lead with 6:53 left in the second quarter.

After former Warren Central Viking player Joe’Vontae Shorter recovered CCC’s fourth fumble of the game, Turner scored his second touchdown on a six-yard run that increased the Hinds lead to 47-6 with 3:22 left in the first half.

The play of the game then came when quarterback Jack Garrad, of Madison, rifled a pass 61-yards into the end zone that wide receiver Tabashi Thomas, of Douglasville, Ga., hauled in over his shoulder for the touchdown. The highlight reel play gave the Eagles a 54-6 lead with 50 seconds left in the half.

Coahoma went on to close out the first half with a nice drive capped off by a 22-yard touchdown pass as time expired on the clock.

The Tigers would score the only points of the second half as they completed two touchdown passes of 33 and 52 yards to cut Hinds lead to 54-26 with just 5:48 left in the fourth quarter.

With the clock unable to be stopped, Hinds went on to close out the game and secure the 54-26 win.

On defense, the Eagles allowed just 10 first downs, 224 yards of Tiger offense, and forced/secured five turnovers (four fumbles and one interception). The victory improves the Eagles overall record to 5-1 on the season.

Break in the heat coming within days in Central Mississippi