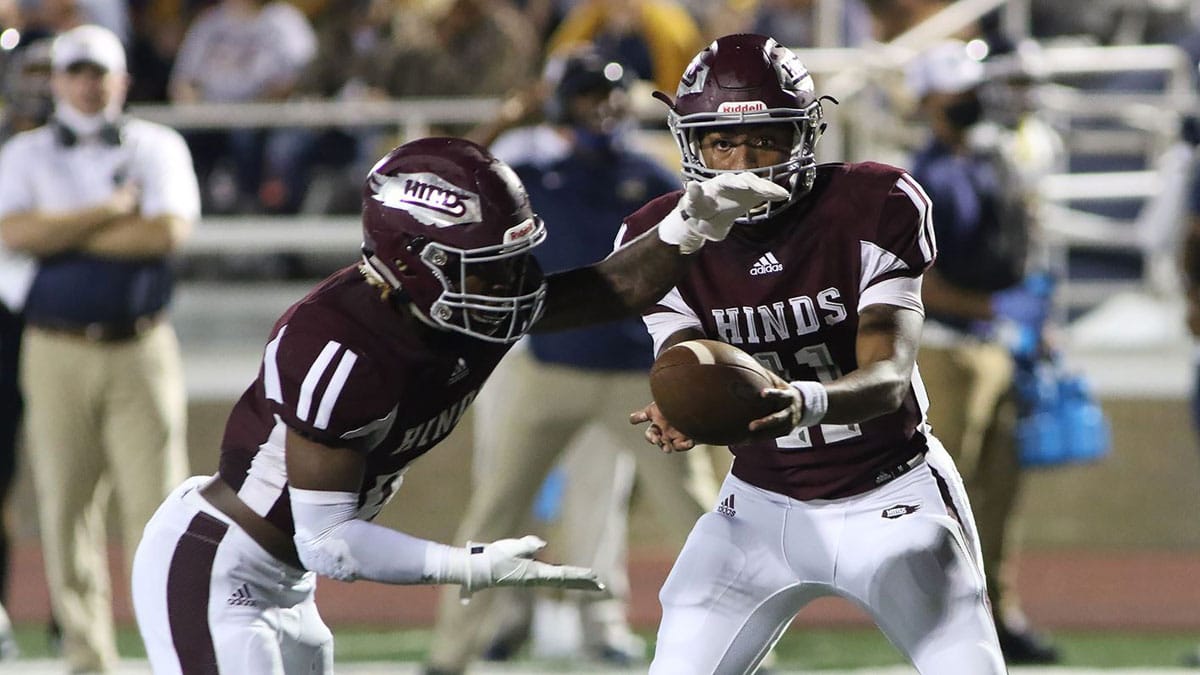 The Eagles appeared to have the Mississippi Gulf Coast Community College Bulldogs on the ropes before falling 31-24 in overtime Thursday evening on the road in Perkinston.

Hinds came out of the gate hot and secured a 14-0 lead with 13:23 remaining in the second quarter. However, MGCCC responded with 10 unanswered points to close out the first half.

Hinds opened up the scoring in the second half as well by connecting on a 24-yard field goal, which increased their lead to 17-10.

MGCCC waited till the fourth quarter to make their move as they scored on a 41-yard touchdown run to tie the game with 13:44 remaining. They then took their first lead of the game with just 1:57 left in regulation via an interception that was returned for a touchdown.

Hinds, however, would not go into the night quietly as Kobe Dillon of Ferriday, Louisiana, ran one into the end zone to tie the game with just 13 seconds left in regulation. The two-yard touchdown run sent the contest into overtime.

MGCCC had the first possession in overtime and made the most of it by finding the end zone in just six plays. The pick-six gave them a 31-24 lead. That lead would stand as Hinds could not find the end zone in their overtime opportunity.

The Eagles start their 2020 season with an 0-1 overall record, but despite the loss there were numerous bright spots.

Those bright spots include: a defense that forced three fumbles (one fumble recovery) and secured three sacks, and an offense that had over 320 yards and found the end zone both in the air and on the ground.

On offense, running back Dajon Richard (Patterson, Louisiana) paced the backfield as he rushed 24 times for a total of 101 yards. Quarterback BeSean McCray displayed his dual threat capabilities as he rushed 12 times for 42 yards and one touchdown and passed for 147 yards and one touchdown. Jakarius Caston (Natchez) led the wide receiver corps as he tallied three catches for 65 yards.