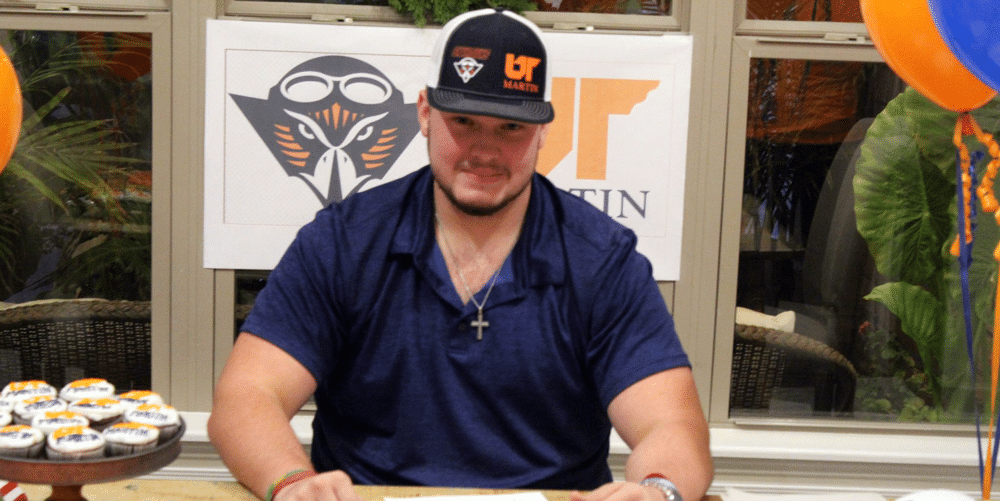 Hinds Community College football player Ethan Boyd has officially accepted a football scholarship to play at the University of Tennessee at Martin.

Boyd recently finished his last season playing for Hinds CC where he started at offensive tackle.

Boyd is a 2019 graduate of Copiah Academy where he was a star football player. He eventually chose Hinds as his next stop to further his chances of playing at a Division 1 school.

Boyd first committed to Arkansas Tech but had a change of heart after UTM called Tuesday and offered a full ride.

“Playing for a Division 1 school is what made me choose UTM,” Boyd said.

Boyd credited his parents and God for his success on the football, and he and his family were more than excited for the choice he made to further his career.

Not only is Boyd a great athlete, but he is also an excellent student. He graduated from Hinds CC with a 4.0 GPA.

Boyd will enroll at UTM in January and will be able to practice with his new team until he is eligible to play next season. He will have a big support system back home rooting for his success as he competes on a higher level.