At approximately 11:12 p.m., Warren County Sheriff Martin Pace attempted to pull over a suspicious vehicle on 61 North near the hospital. The vehicle had no tail lights. When the Sheriff turned on his lights the vehicle ran north on Highway 61. The suspect vehicle, a dark blue SUV with a Blackburn paper license plate, turned right onto Oakridge Road and accelerated. 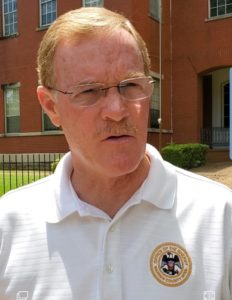 The vehicle continued to run winding down Culkin Road where Detective Sam Winchester joined in the chase forcing the vehicle toward Highway 61. With other deputies joining in the chase, the vehicle sped south on Highway 61 to Clay street where it turned toward downtown with Sheriff Pace in close pursuit. The driver was observed throwing a gun out of the vehicle on Clay just before being stopped and apprehended by the Sheriff, Detective Winchester and Sheriff’s deputies. 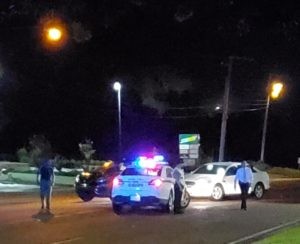 The vehicle had been reported stolen. The suspect will be charged with a multitude of violations including vehicle theft and felony eluding.

Since this is a breaking story and an ongoing investigation. No other details have been released at this time.

Sheriff Pace will issue a statement with the remaining details in the morning.