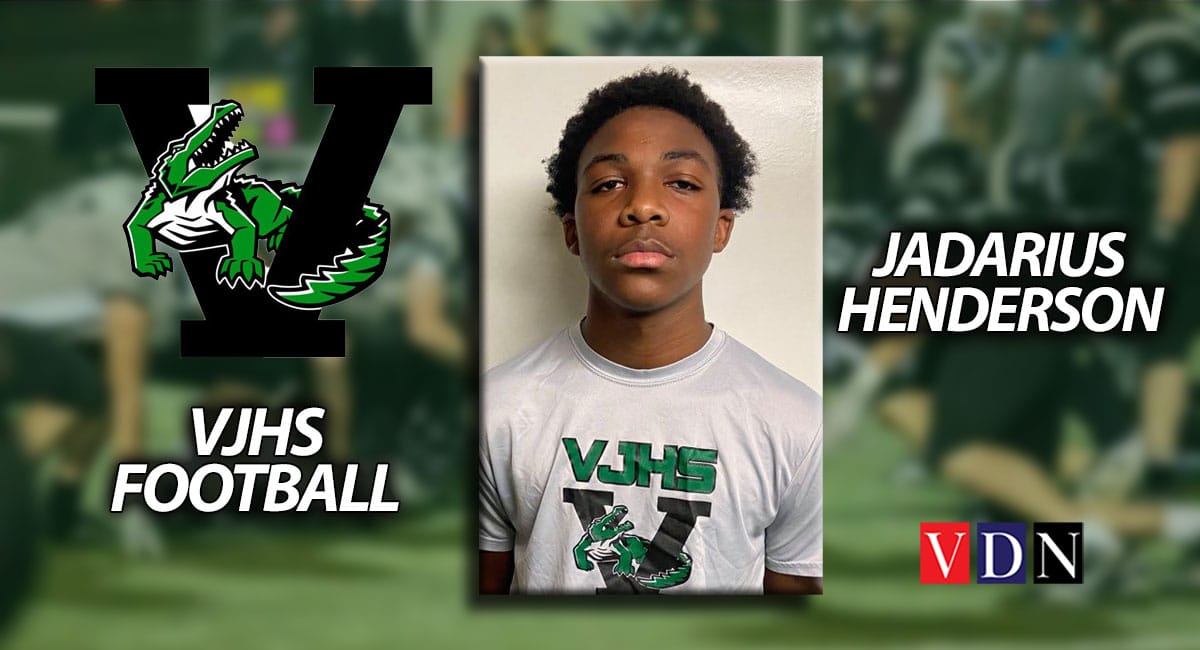 Vicksburg Junior High School football player Jadarius Henderson led the team in rushing on Tuesday in a 44-24 win over Ridgeland.

Henderson rushed for a team high of 230 yards on 10 carries while also scoring two touchdowns. He averaged 23 yards per carry and was instrumental in the Gators’ victory.

Henderson and VJHS will return to play on Tuesday when they face rival Warren Central as they continue to fight for a Little Six Championship.