Jimmy Weatherly, from the gridiron to the Grammys 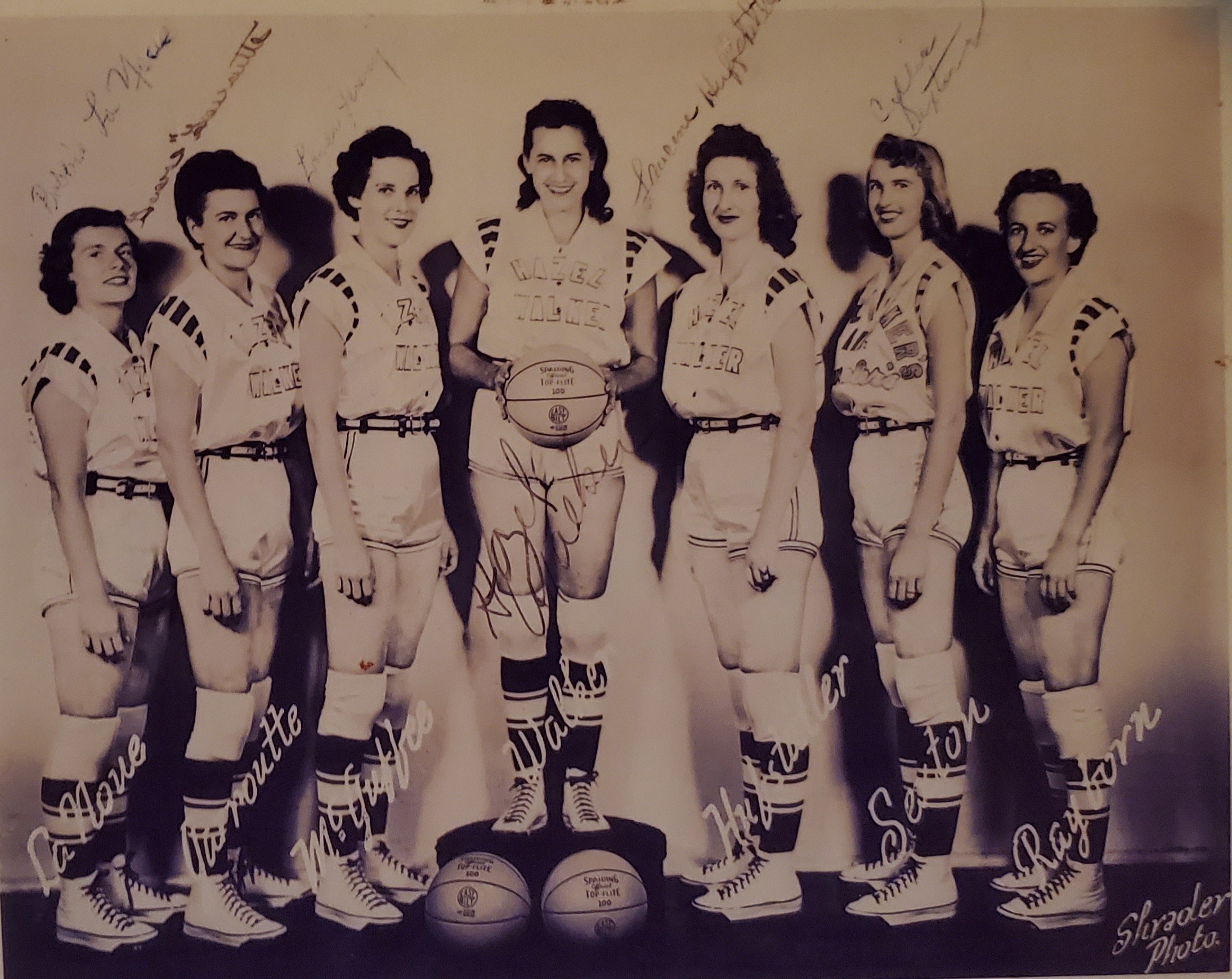 The Arkansas Travelers autographed this team photo for me about 1960. Hazel Walker is in the middle,·third from the left is my friend Jenny McGuffie, and on the far right on the end is Toby Rayburn. I went to college with them.

“They wanna play ball? Ladies, let’s show them how to play ball!”

Those were the words of Hazel Walker, speaking to her all-girls basketball team during a time out in the first quarter of a game at Mississippi College about 1960.

Hazel Walker and the Arkansas Travelers were a team of talented women athletes who played basketball against male teams and by men’s team rules.

The girls, all good-looking young women in their 20s, put on quite a show wherever they played all across the country, and it was always a fun-filled event. They traveled in a nine-passenger DeSoto stationwagon.

Hazel was serious when she advertised that her girls were “Ladies on and off the court.”

At Mississippi College they were playing members of the M Club—men who had lettered in the sport—and many were pretty smug about their athletic prowess. The guys didn’t want to play around, to put on a show. They wanted to play basketball.

I don’t remember the score, but the Arkansas Travelers won handily. 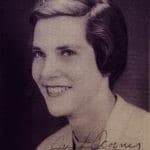 Jenny McGuffie was selected Class Favorite in 1956. This photo is from the school yearbook, “Whispering Pines.”

Two of the team were friends of mine, classmates when we went to Southwest Mississippi Junior College at Summit from 1954 to ‘56. Toby Rayburn was from Lexie, south of Tylertown, and Jenny McGuffie was from Monticello. They were outstanding athletes in college, and their performances on the court caught the attention of Hazel Walker.

Hazel was from Ashdown, Ark., born in 1914. She began playing basketball when she was in high school. In her senior year she was selected for the all-state team. She won a scholarship to play for the Tulsa Business College and in her second year they were the national champions.

She later played for other teams that also won national titles three years in a row, and Hazel was l chosen most valuable player.

In 1946, Hazel joined the All American Red Heads, an all-girls team that played men’s teams by men’s rules. After three years she decided to form her own team, the Arkansas Travelers. She was the first woman to own a professional basketball team. She was awarded numerous honors, and in 2001, she was inducted into the Women’s Basketball Hall of Fame and is included among the 50 greatest sports figures.

Hazel died in 1990. I don’t know when the Arkansas Travelers disbanded, and I only knew Hazel because of my two friends, Jenny and Toby. Jenny, who is now deceased, moved to Pagosa Springs, Colo., and I lost touch with Toby.

In junior college in Summit, Jenny and I were close friends and dated some. I remember one weekend we went to one of the toughest dives anywhere. I think it was called The Briar Patch – or it may have been The Plum Orchard – both were on the Lincoln-Pike county line.

Jenny and I got back to Monticello in the wee hours, and her mother, Miss Edna, was still up.

“Where have you two been?” she asked.

“Mama, it’s so tough that if you don’t have a gun, they’ll give you one,” Jenny replied.

I recall a Who’s Who contest in college, and Jenny was in the runoff for class favorite. She told me she would do the nice thing and vote for her opponent. I insisted that she vote for herself. She did and won by one vote.

After she retired from basketball, Jenny worked in Little Rock, Ark., in an interior-design shop. On her way home to Monticello we met for supper at Goldie’s. When she told me what she was doing I asked, “What do you know about interior decorating?”

“I pick out something I wouldn’t have in my own house,” she said, “and rich people will buy it.”

In her basketball playing years—there were hundreds of games and the male opponents numbered in the thousands—one game was very special. That was when Jenny and the Arkansas Travelers played in Jenny’s hometown. 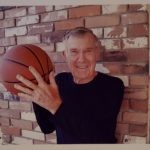 Frank Smith remembers the time about 60 years ago that he played against the Arkansas Travelers in Monticello.

Frank Smith remembers it well. He was about 17, playing for the Monticello Red Devils when the high school boys took on the ladies. The gym was packed to overflowing as folks turned out to see their hometown girl on the court.

Frank, who now lives at Reganton. (Crossroads) in northern Caliborne County, grew up on a farm east of Monticello. He played point guard on his high school team.

The night they played the ladies the men had 10 players dressed out as they needed substitutes “because they were running our tails off,” Frank said. “They really played basketball. There . was no put on.”

Before the game Hazel met with the hometown boys and told them, “We’re here to play but we also entertain.” And that they did! Their actions, such as trick shots, were reminiscent of the Harlem Globe Trotters—only the Globe Trotters didn’t play women.

Frank, who was 5-feet 8-inches, was guarding one of the girls, and he was told to follow her as she dribbled her way down the court. When she stooped and ran between the legs of Jenny McGuffie, who was 6 feet 1 inch, Frank followed. It brought the house down!

At half time Hazel stood on the lane line and made 21 consecutive free shots. One of the Red Devils opposed her. “She just smoked him,” Frank remembers.

That game was over 60 years ago, but it was one Frank says he’ll never forget.

And I’ll never forget the night Hazel Walker and the Arkansas Travelers taught some smug college boys how to play basketball.