(photos courtesy of the Willises)

When Richard and Glenda Willis decided to visit Vicksburg, they were expecting to enjoy a bit of our city’s Civil War history and enjoy the hospitality Vicksburg is famous for. The couple from Neosha, Missouri could not have known just how hospitable some of our dear city’s characters truly are.

On the last night of their visit, the Willises decided to take the Haunted Vicksburg walking tour led by Morgan Gates. The tour is a leisurely paced stroll through downtown Vicksburg and highlights some of our town’s most reportedly haunted places.

One of those places is The Planter’s Hall building on Monroe Street. Planter’s Hall, built in 1834, is a two-story brick Greek Revival building that once housed a bank on the first floor with living quarters upstairs for the bank President. Listed on the National Register of Historic Places in 1971, it also has an outbuilding that served as a kitchen/carriage house.

It is that outbuilding that brought the Willises back to Planter’s Hall before they left Vicksburg Friday morning.  They needed to see the upstairs left window in the daylight.

The couple had taken a picture of the carriage house the previous night on their tour. When they zoomed in closely, they noticed what they both thought to be a person. They naturally had doubts about the authenticity of such an obvious person floating in the window of an empty, stairless building, so they returned the next day expecting to find a set up or marketing ploy.

The left, upstairs window zoomed in
(courtesy of Willises)

Planter’s Hall is now home to Agape Montessori Christian Academy, and the couple was hesitant upon seeing all the children outside playing. Melissa Deckard, a school employee and parent, greeted the couple as true, hospitable locals do, and gave them access to look around.

Deckard was not at all surprised by the Willis’ picture. She explained that the kids have always called the ghost Fred, and reassured the couple that he is quite friendly.

“Oh, Fred seems to love the kids. He never does mean tricks or scares them. He likes to play with them more than anything,” said Deckard.

Ginny Clanton recalled, “Fred used to pull things off of my shelves because the kids think it is so funny. He also does things like turning off lights or turning the water on and off in the bathroom. He does things to make the kids laugh. He’s kind of like a permanent, invisible class clown.”

Gates explained, “Planter’s Hall and it’s outbuilding is one of the more active places on the haunted tour. In those days, kitchens were fire hazards and built as separate buildings. Downstairs was food preparation and upstairs was the slave quarters. We don’t know the tragedies that likely occurred in these places because the history wasn’t well documented. But we know there must’ve been a good bit because strange things happen along the sidewalk and in front of the kitchen. Cameras misbehave, electric scooters stall and people have been touched.”

Eleven-year-old Trip Williams told what he believes about the ghost “haunting” his school and its outbuilding. “I think it’s probably a lady ghost. You know how the slave ladies raised all the rich people’s kids back in those days? I bet she’s one of the slave ladies who just loves kids. I think God just let’s her come back to visit when she starts missing kids or if she wants to make sure we don’t get hurt on the playground or at Field Day. We might should call her Fredericka.” 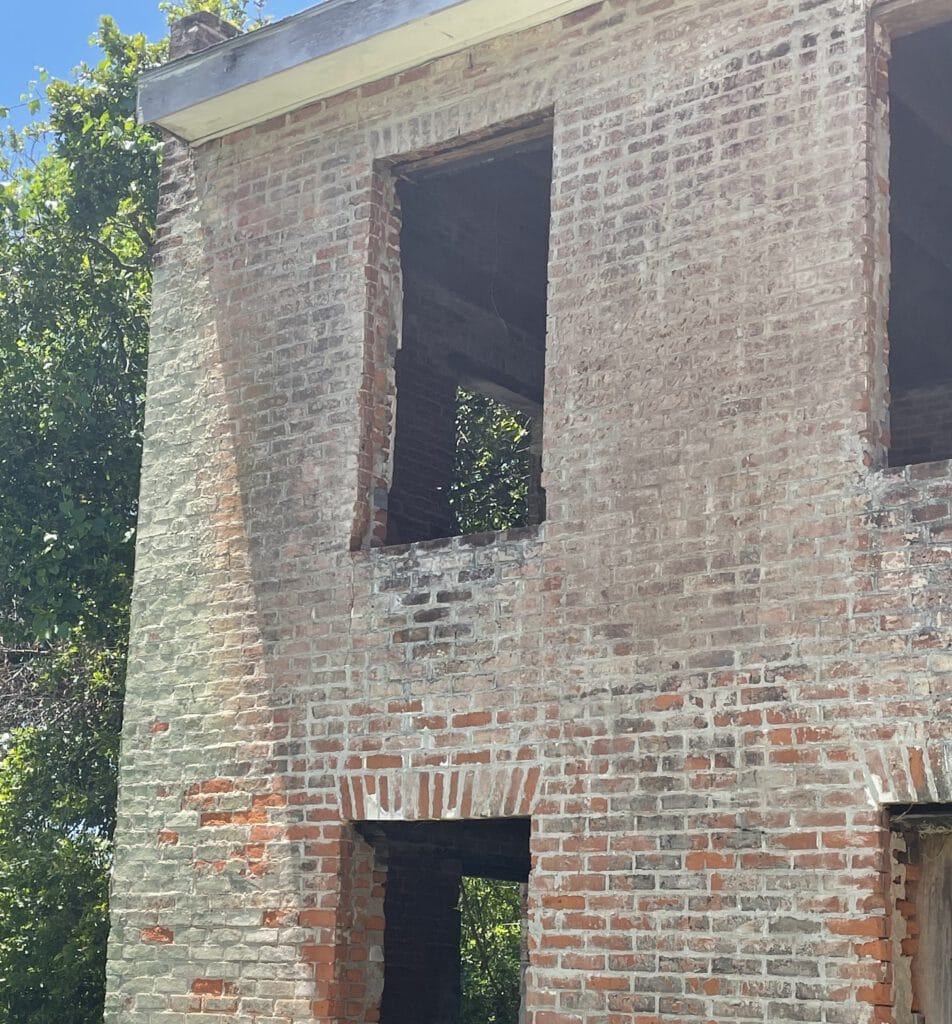 The left, upstairs window in the daylight
(photo by Trip Williams) 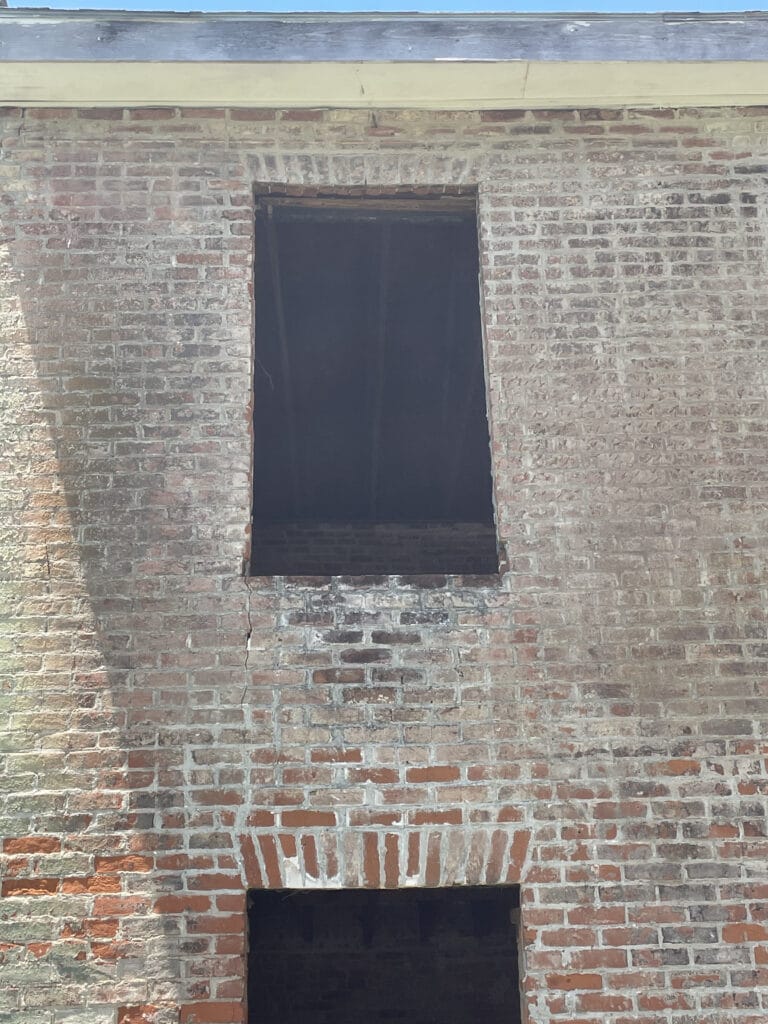 The Willises took their photos and their stories with them when they departed Friday morning and, regardless of its name or gender, the ghost of Planter’s Hall is here to stay as proof of Vicksburg’s tremendous history and hospitality.