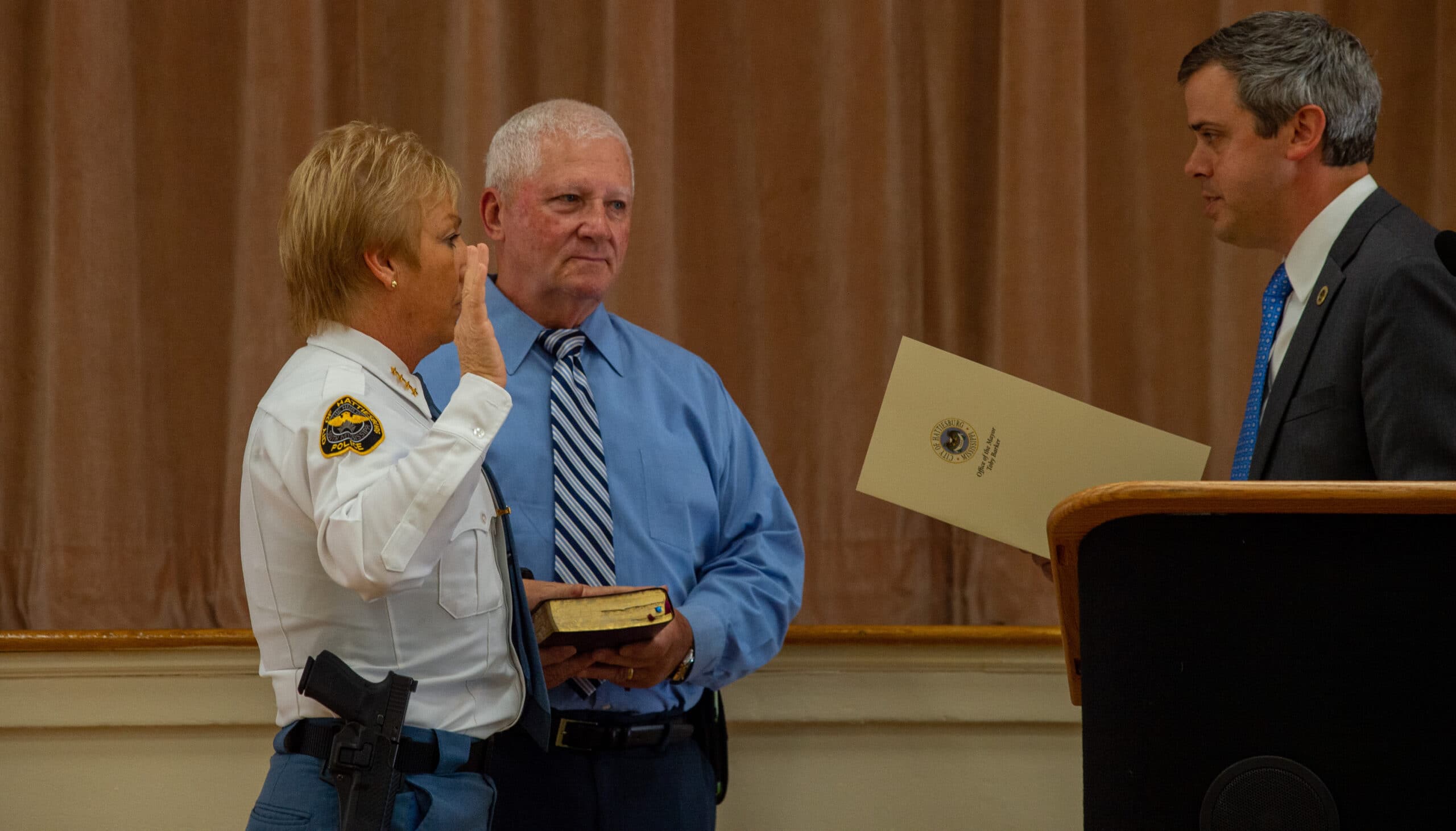 Sealy has been serving as interim chief since the retirement of former Chief Anthony Parker in December, whom she had served beside as assistant chief for three years. In January, Sealy assumed the post and Hardy Sims was appointed as assistant police chief.

“Assistant Chief Sealy embodied community policing before it became a buzzword in law enforcement circles,” Barker said. “She spent many of her early patrol days in Robertson Place, Briarfield and Palmers Crossing, and she is well-respected in both the department and the community. In a year where women have continued to shatter glass ceilings, the significance of Hattiesburg having a woman lead its police department is yet another step forward for our community.” 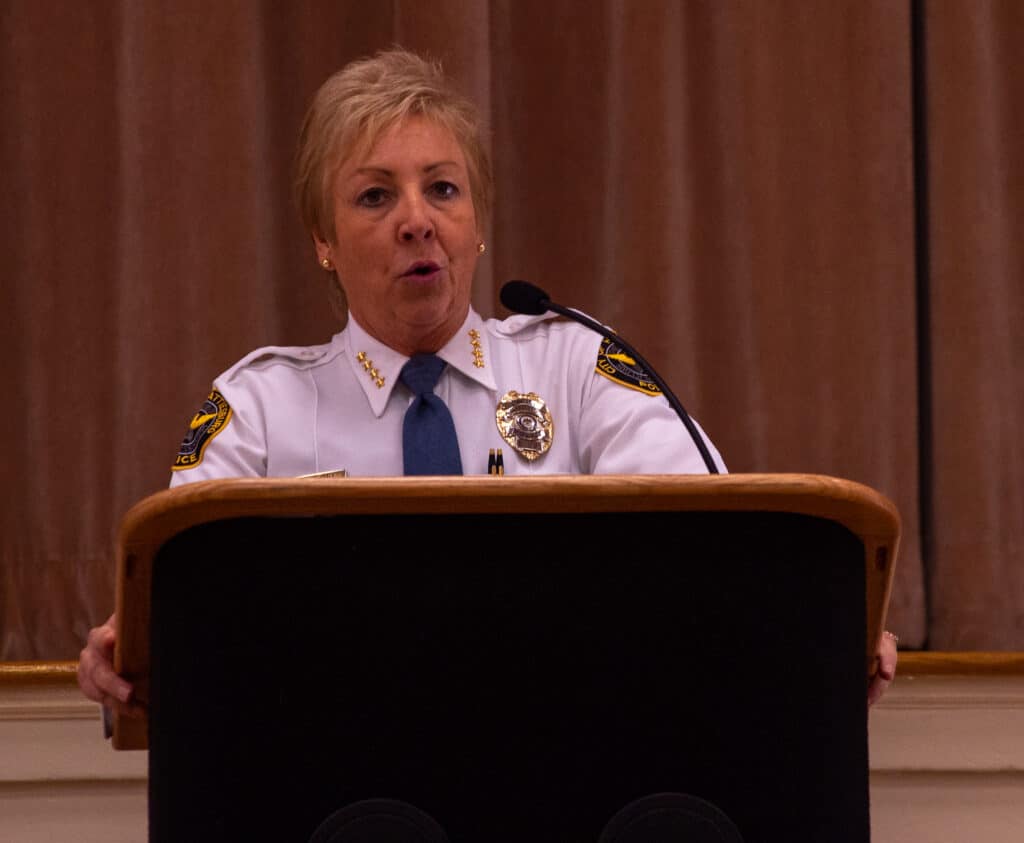 Peggy Sealy gives remarks after being promoted to chief of police of Hattiesburg Police Department in Hattiesburg, Miss., on Thursday, Oct. 21, 2021. (photo courtesy of Dominic Gwinn)

Sealy’s career began as a patrol officer in the 1980s.  She has also served as a detective and in internal affairs.

“I would like to thank Mayor Barker for this opportunity to continue serving the citizens of Hattiesburg in this role,” Sealy said. “The qualities of a good leader include integrity, accountability and a vision to move forward building trust. Both myself and Major Sims have leaned on these qualities throughout our careers, and I look forward to working together as a team to build onto the momentum of Hattiesburg Police Department – in increase manpower numbers, providing the best training and equipment for our officers and continuing to embrace community policing.”

Sealy joins the increasing number of women in Mississippi to take the helm, including our own Vicksburg Police Chief Penny Jones.  In September, Deborah Naylor-Young became Meridian’s first female chief.