Vicksburg Police have arrested a man for first degree murder.

Carlos Maurice Harris, 28, is charged in the Aug. 22, 2018, killing of his then-girlfriend Jasmine Nicole Adams, 25, at her home on Lake Hill Drive. 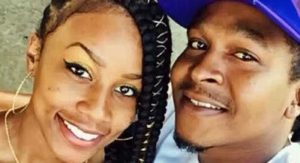 At the time of the murder, Harris told police Adams had been shot by a home invader posing as a police officer. He and Adams’ children were inside the home at the time of the killing and were unharmed.

The Vicksburg Police Department has been focusing on unsolved homicides since Mayor and Police Commissioner George Flaggs Jr. restructured the department last month, according to a release. Several investigators were assigned to review all the evidence in the case, which led to Harris’ arrest.

In addition to the murder charge, Harris also faces charges for possession of marijuana with intent to distribute and possession of a handgun by a felon.

Harris will appear in Vicksburg Municipal Court Friday, Nov. 15, around 10 a.m. before Judge Angela Carpenter. Until then, he is being held in the Madison County jail without bond.

Three arrested in Utica for burglary