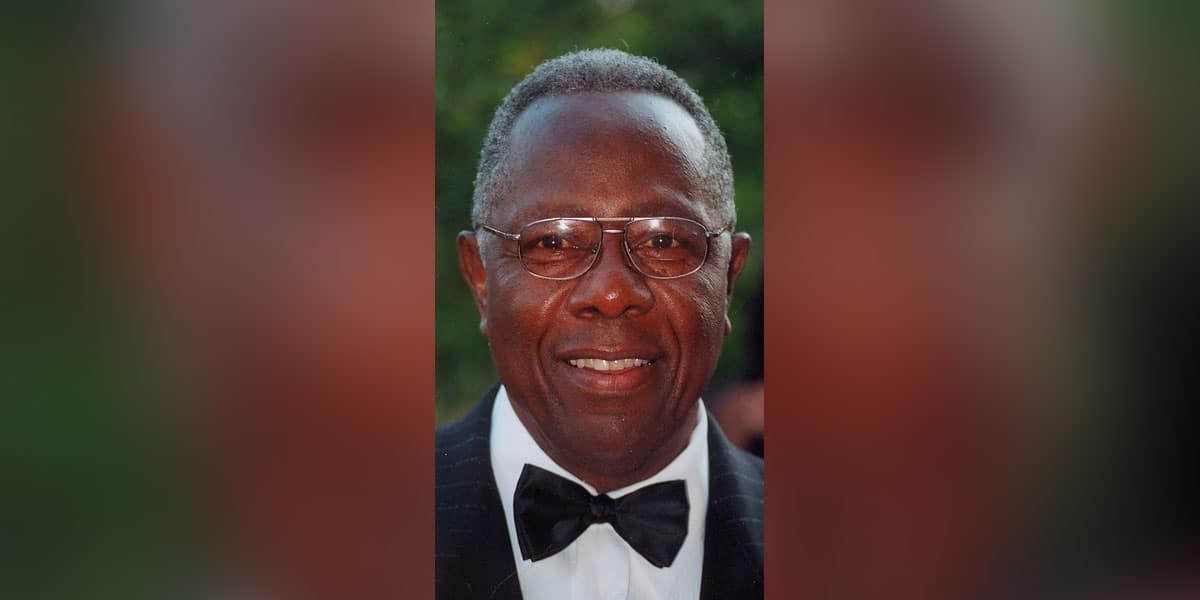 Often regarded as one of the greatest baseball players of all time, in 1974, Aaron broke Babe Ruth’s home run record after hitting his 715th home run. He finished his 21-season professional baseball career with 755 home runs in 1976, a record that stood for 33 years.

The Atlanta Braves organization was saddened to hear of “Hammerin’ Hank’s” passing.

“We are absolutely devastated by the passing of our beloved Hank,” Atlanta Braves chairman Terry McGuirk said in a statement. “He was a beacon for our organization first as a player, then with player development, and always with our community efforts. His incredible talent and resolve helped him achieve the highest accomplishments, yet he never lost his humble nature. Henry Louis Aaron wasn’t just our icon, but one across Major League Baseball and around the world. His success on the diamond was matched only by his business accomplishments off the field and capped by his extraordinary philanthropic efforts.

“We are heartbroken and thinking of his wife Billye and their children Gaile, Hank, Jr., Lary, Dorinda and Ceci and his grandchildren.”

Aaron’s MLB career lasted from 1954 to 1976. He also was the National League MVP in 1957. He was active in civil rights; he did not play high school baseball due to his race but it didn’t stop him from shining in the long run.

Major League Baseball player Hank Aaron was a native of Mobile, Alabama, and was inducted into the Baseball Hall of Fame in 1982.