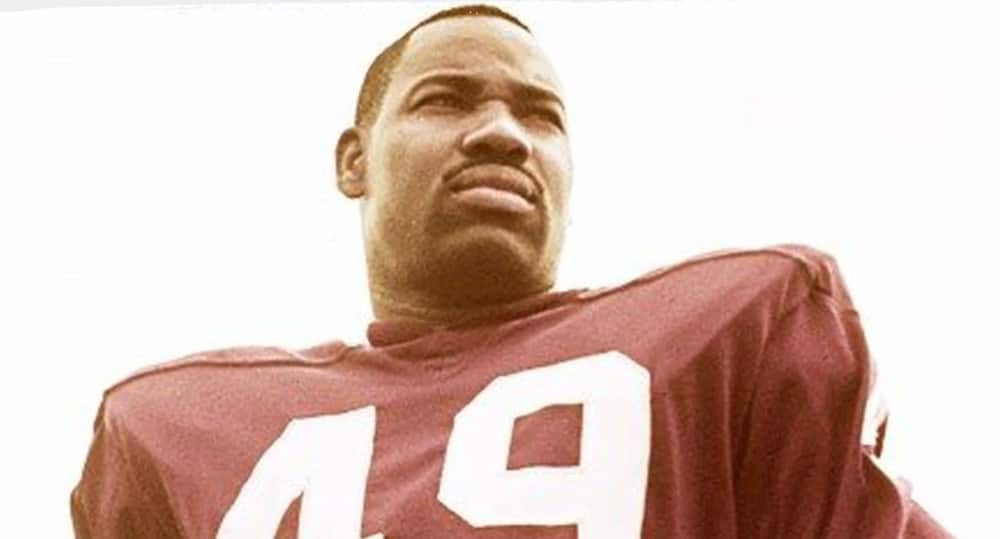 Mitchell played for both the Cleveland Browns and Washington Redskins during his career in the NFL. He first played for the Redskins—the last team in the league to integrate—in 1962.

Mitchell was inducted into the NFL Hall of Fame in 1983. After retirement, he became a scout and later served as assistant general manager for the Redskins.

“I was extremely saddened to hear the news about the passing of the great Bobby Mitchell,” Washington Redskins owner Dan Snyder said in a statement. “Bobby was a Hall of Fame player and executive and represented the Washington Redskins organization with integrity for over 50 years. His passion for the game of football was unmatched by anyone I have ever met. Not only was he one of the most influential individuals in franchise history, but he was also one of the greatest men I have ever known. He was a true class act and will be sorely missed. Our thoughts and prayers are with his wife Gwen and the entire Mitchell family during this time.”

Mitchell played college football at the University of Illinois before entering the NFL. He played in four Pro Bowls during his career and had a total of 7,954 all-purpose yards.

Shortly after retirement, Mitchell  began holding an annual golf tournament to help raise funds for the Leukemia and Lymphoma Society. He was also active in civil rights work with organizations such as the NAACP, the United Negro College Fund and the National Urban League, among others.

Warren County residents have $4.5 million in unclaimed money and stock. Here’s how to claim it

Is your pet at risk from COVID-19? Maybe, CDC says