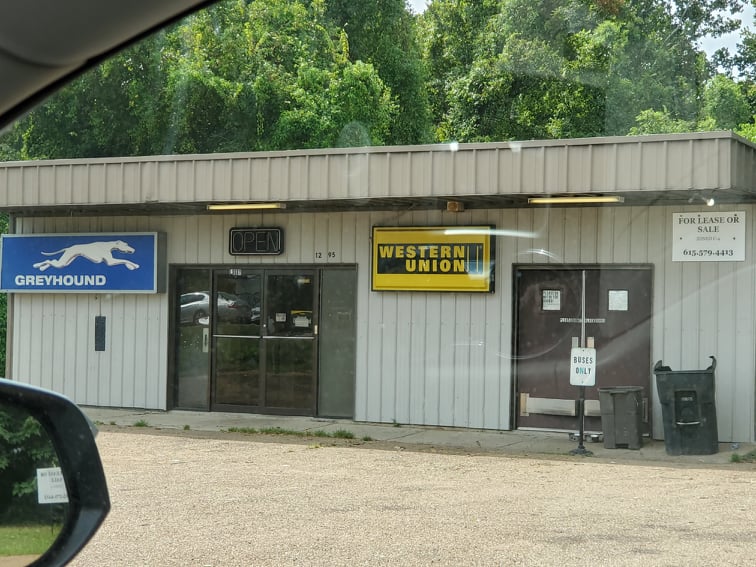 Five Greyhound Bus passengers, including an infant, were stranded in the parking lot of a Warren County convenience store for about seven hours Thursday, Sept. 2 after the vehicle’s normal stopping place was closed down.

Delta Bus Lines is the transportation company that leased the building on South Frontage Road which served as a station for both Delta and Greyhound passengers for many years. Recently, Delta lost the lease to the building, leaving Greyhound without a station to accommodate passengers that had already booked their travel.  Greyhound was able to secure the permission of the owners of a gas station on Highway 27 to utilize their parking lot as a temporary place to pick up and drop off the remaining travelers scheduled to utilize the now-closed Vicksburg bus station.

A couple that was traveling with their infant as well as two other adults were stranded on the island that is the Texaco station just south of Warren Central High School due to a “scheduling issue,” according to a Greyhound representative.

“There’s no shelter, there’s no phone, there’s no public restroom. They were literally on the parking lot of a convenience store,” Sheriff Pace said. “That is where we got involved, we were concerned about the safety issue.”

Sheriff Pace reached out to the Greyhound Lines corporate office in Houston, Texas and the team there advised him that the bus that was meant to pick up this final group of passengers had experienced a maintenance issue.  Greyhound was able to dispatch a shuttle operated by USA Bus Lines that had left Jackson and was bound for Monroe to make an unscheduled stop at the convenience store to collect the stranded travelers.

After ensuring that the travelers would be picked up to resume their trip, Sheriff Pace instructed deputies to ensure the group had something to eat and everything that they needed for the infant.

“We were actually going to go get some formula for them and the bus got there before the deputy and I could get to the store and back,” Pace said. “So, we were able to explain to the bus driver what was going on…and after picking them up, he actually got off in Vicksburg at a pharmacy that was still open to allow them to go in and get formula for the baby.  Greyhound worked with us very well, it was just an unfortunate set of circumstances.”

Greyhound Lines supervisors told Sheriff Pace that there are no additional trips scheduled to service Vicksburg until they are able to secure a location for a bus station.