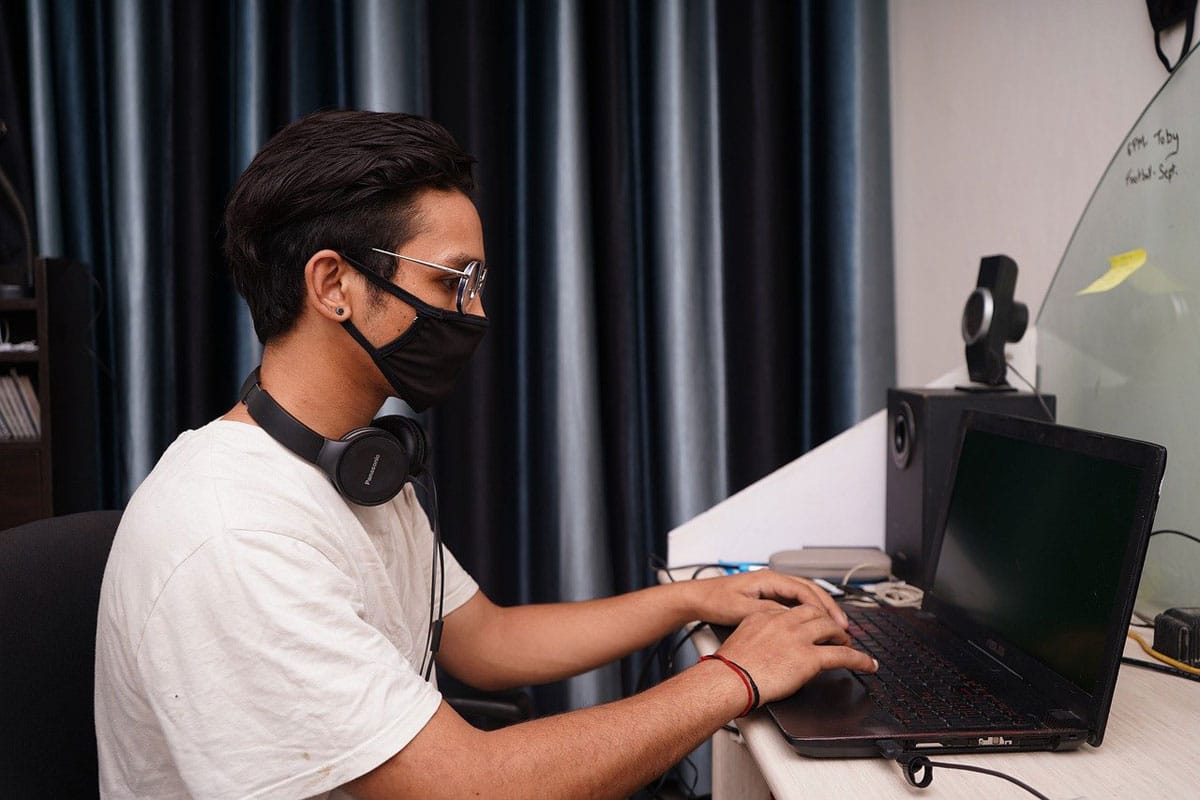 (Image by Yogendra Singh from Pixabay)

Like thousands of others, Oxford small business owner Kate Rosson is trying to keep afloat amid the pandemic while waiting on a Mississippi Back to Business grant.

“This whole Back to Business name is a joke if there are no businesses to get back to,” Rosson said on Monday. Seven weeks after applying, Rosson said she has received scant info about her application, and she deals with numerous other small businesses in the same boat.

“These businesses — I’m seeing them close, seeing plenty of them close every week,” Rosson said. “… I don’t run the chamber of commerce or anything, but I’d venture conservatively we could see 20-30% close in Oxford if we don’t see something happen.”

Mississippi, like most other states, is trying to use some of its federal COVID-19 aid money to help small businesses. The Legislature in May passed measures to provide emergency small business grants, and the program commenced June 11.

But getting that money out to the businesses has been a slow process. As of Aug. 28, less than 8% of the $240 million allocated to the Back to Business program had been approved for grants, and that’s after a major spike in approvals late last week. As of early August, only about 1% of the money had been distributed.

A Hope Policy Institute analysis in mid-August found that Mississippi was lagging behind most other Southern states in deploying CARES Act funds to small businesses, despite having another program designed to rapidly provide $2,000 emergency grants automatically to businesses shuttered during mandated shutdowns early in the pandemic. And Mississippi’s average relief amount at the time — $1,884 — was below the other states, such as Alabama at an average of $12,184.

Lawmakers in mid-August returned to Jackson and made changes to the program, relaxing qualifications and increasing potential payments in efforts to speed up the process and help more businesses amid the pandemic.

The Mississippi Development Authority, charged with running the Back to Business grant program — using a private contractor — vows to move more rapidly.

“While the review process is time-consuming, we are currently reviewing approximately 600 applications per day and issuing payments as soon as possible,” said MDA Director John Rounsaville. “In fact (Friday) we’ve processed 1,076 payments. MDA is committed to closing out the Back to Business grants by the end of September, and we are on track to accomplish that.”

Gov. Tate Reeves on Monday said administration of the grants “has been somewhat constrained by U.S. Treasury guidelines and somewhat by language the Legislature passed.” He said tweaks the Legislature made at MDA’s request should help and, “I think we will start seeing more progress.”

Rosson worries the program will move too slowly to help businesses in most dire need.

Rosson’s company, 662 Marketing, advertises and direct-markets college town small businesses’ services to parents of students, including in Oxford and Starkville. She’s dependent on universities and on fellow small businesses, both hit hard by the pandemic.

Rosson applied for a Back to Business grant on July 9. Weeks later, trying to get an update on her status, the only response she got was that it was “under review.”

Then on Friday, seven weeks after she applied, she got a “robo-email” telling her the state could not locate records of her filing and paying taxes — a prerequisite for the grant.

“I’ve paid all my taxes, on time,” Rosson said. “I’m sending them the attachments. I’ve got them digital and printed. I don’t know why they could not find them.”

Rosson said she has been forced to lay off two of her six employees.

“If this money doesn’t come we’re going to have to make more changes,” Rosson said, “and I’ve got to stare down what does four months from now look like.”

The Legislature in May approved $300 million in CARES Act funding for two Mississippi small business programs.

One, funded at $60 million, was to automatically and quickly provide $2,000 grants — no application necessary — to more than 29,000 shops shuttered temporarily during a statewide shutdown mandated early in the pandemic. The state Department of Revenue was to send out the checks to a long list of small businesses including restaurants, barber shops and clothing stores.

One caveat of receiving the $2,000 emergency grants was that businesses had to have filed their 2018 or 2019 state income tax returns. About 25% of the initial list, DOR reported, had not and were disqualified.

Lawmakers in mid-August expanded the list of businesses eligible for the $2,000 emergency grants. But as of last week, less than half of that money has been distributed.

The second program the Legislature funded, at $240 million, was the Back to Business grants. It allows for grants of up to $25,000 each to businesses with less than 50 employees for expenses — but not lost profits — during the pandemic.

Businesses could either apply for a minimum grant of $1,500, subsequently increased by the Legislature to $3,500, or they could itemize employees and/or costs to receive up to $25,000.

For the first 60 days of the program, $40 million was to be reserved for businesses owned by minorities and women. But the slow pace of the program, with less than 8% of the money out the door so far, has raised concerns that this priority will not be fulfilled as planned.

‘It’s just been a hassle’

Some lawmakers have received calls and complaints from struggling businesses trying to get grants.

Sen. Derrick Simmons, D-Greenville, said people contacting him report, “It’s just been a hassle.” He said he is particularly concerned that the priority of helping minority-owned businesses is falling by the wayside because of delays.

“I’m hearing there has just been no communication after the application is made,” Simmons said. “… time is ticking and there are so many businesses hurt by the pandemic. Small businesses are the heartbeat of our community and the intent of the Legislature was for this to be used quickly to help. These businesses started being hurt in March.”

House Ways and Means Chairman Trey Lamar, R-Senatobia, said MDA has assured him and other lawmakers that recent legislative changes will speed the program, and he said lawmakers might make subsequent changes if needed.

Lamar said he believes the grants could have been used to cover loss of revenue or profits for businesses, but he was unsuccessful in convincing his colleagues that federal regulations didn’t prevent that.

Senate Finance Chairman Josh Harkins, R-Flowood, in mid-August helped pass changes to the small business programs to speed them up and help more people. He said he’s hopeful things will speed up, but said the program, like the pandemic, is uncharted waters for the state and federal governments. Harkins also said the state has to carefully account for the spending, lest it have to repay the money to the federal government.

“I know people want it now, but you have to be realistic with the size and scope of this,” Harkins said. “There’s not really a playbook for what we’ve gone through, and I think we’ve tried to do a quick turnaround to stand this program up. But you have to have accountability, too, and we are on the hook for this if the inspector general comes in and finds something wrong … and Mississippi doesn’t have that money laying around to pay it back to the federal government if something is done wrong.”

One change that MDA requested to improve the grant program was denied by lawmakers. The agency asked to be allowed to increase administrative spending on the program from $900,000 to $3.6 million. This would allow MDA to “scale the call center” to more quickly help applicants, and to cover proper auditing of the program, Rounsaville said in a letter to legislative leaders.

Harkins said: “Everybody notoriously needs X amount to operate a program, but when it gets down to the lick log, not as much is needed. Let’s look at the actual costs. We can look at it later. The governor’s got some funds he can utilize if needed, and we can follow up with them if more is needed.”

Lt. Gov. Delbert Hosemann in a statement last week said he had met with MDA.

“They stated to me they would finish the allocation to every person or entity who applied within the next 30 days,” Hosemann said, adding that an issue of concern for him is “the lack of applications and the small size of the requests from employers.”

“I hope more employers will apply as soon as possible,” Hosemann said.

The grant programs for small businesses are set to run through Nov. 1, with any unspent money then going into the state’s unemployment trust fund.

Matty Bengloff, owner of Delta Dairy, an ice cream shop in Cleveland, applied for a Back to Business grant in mid-June and said his inquiries for months had basically been met with “radio silence.”

“Every time I’ve called, they’ve been incredibly kind and gracious on the other line, but just no answers or time frame — just, ‘it’s under review,’” Bengloff said.

But on Thursday, Bengloff said, he received an email with a link for him to follow and answer a few final questions and provide a few further details.

“Then it basically said something along the lines of thank you, you’ve been approved,” Bengloff said. “That’s great. Businesses need this help right now, and the state is providing us support so we can keep people employed and keep bringing in local tax dollars.”