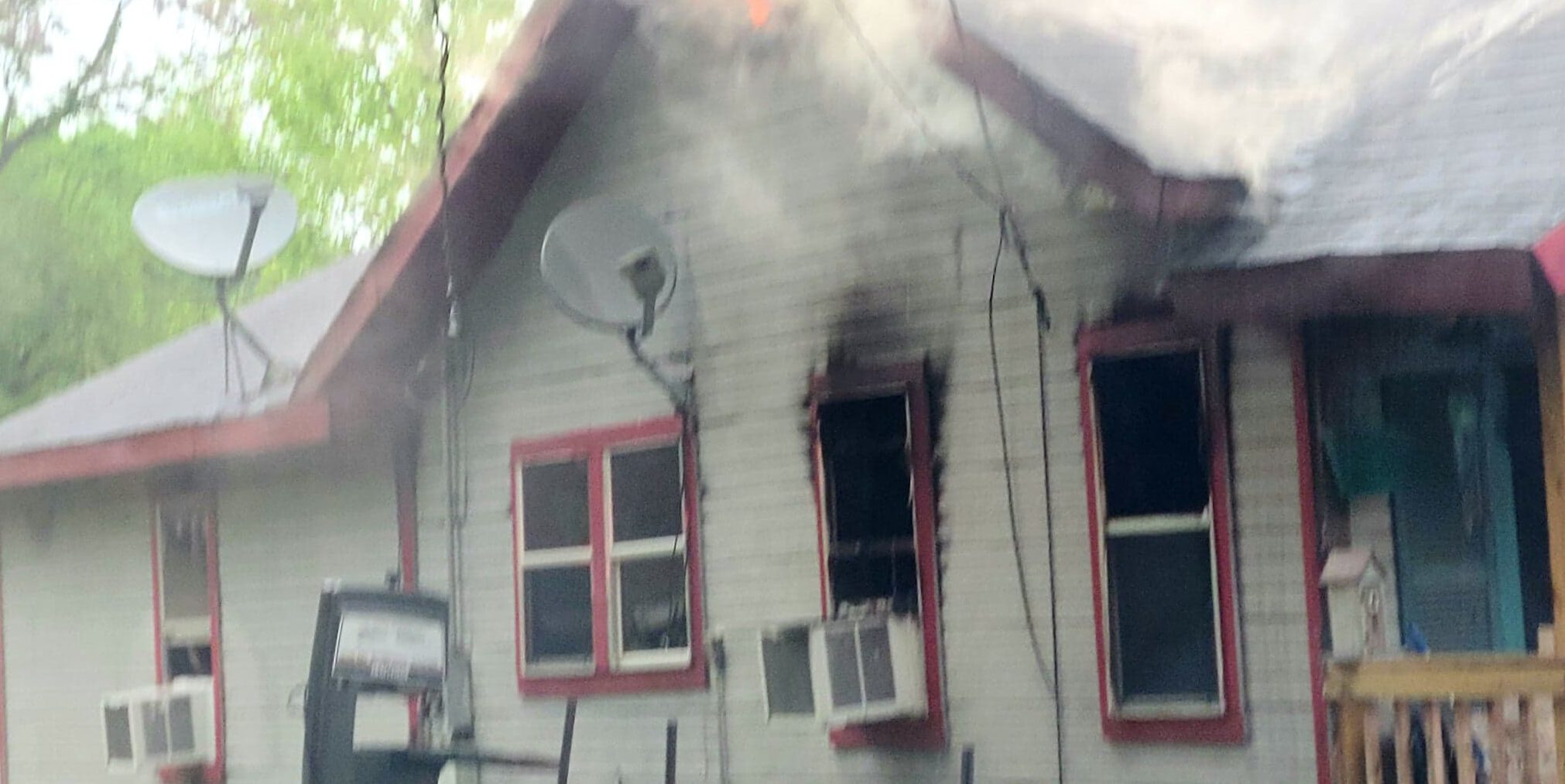 Fire erupts from the rafters as firefighters work to put out the fire. (Photo by David Day)

A home on Grammar Street went up in a plume of smoke on Friday, April 16.

The home was 25% involved when firefighters arrived on scene. Vicksburg police officers reported the home was cleared upon their arrival.

The cause of the fire would be investigated to ensure a conclusive assessment. However, we believed the fire to be electrical in origin.

We just received confirmation from Chief Danczyk that the fire was indeed electrical related. The cause has been determined to be accidental and due to an electrical failure during the use of powered devices.

The blaze displaced the Vicksburg resident, though the home did not suffer a total loss.  Firefighters were able to control and kill the fire after Chief Danczyk had the electrical power terminated to the structure.