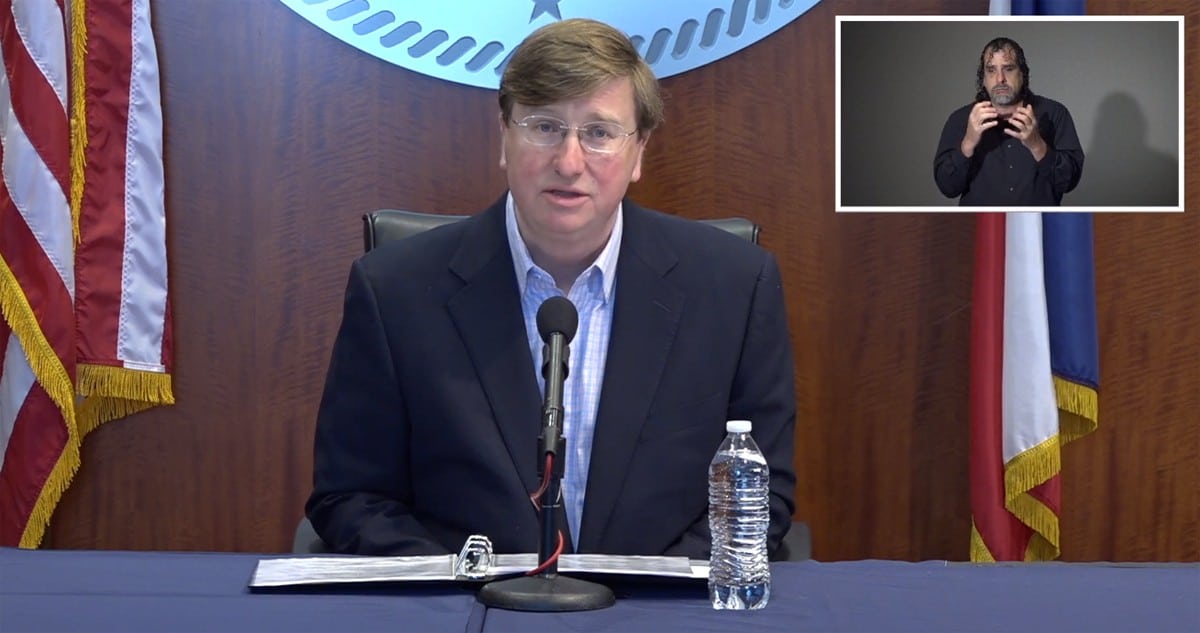 “I wanted to announce that we can all ease up and re-open today, but we can’t,” Reeves said. “We are still in the eye of the storm,”

The governor also said he would be “easing the brakes” for some non-essential businesses starting Monday, April 20 at 8 a.m.

“We are going to allow drive-thru, curbside or delivery sales by ‘non-essential’ businesses. Clothing stores, florists or athletic goods can do safe sales. If a salon or other business wants to safely sell their excess supplies to stay afloat, they can do that. Call ahead, or order online, then safely pick it up,” Reeves said.

Stores and other non-essential businesses will not be allowed to fully reopen for at least another week.

Reeves did say that some boat ramps at recreational fishing areas, such as the Ross Barnett Reservoir, will be re-opened but with social distancing rules in place. For boats, that means only half the manufacturer-recommended number of people will be allowed on board.

The governor is leaving water recreation up to the counties and municipalities. If they feel they cannot provide the personnel required to enforce social distancing, for example, they do not have to re-open.

Mississippians have been under the shelter-in-place order since Friday, April 3. During that time, unemployment claims have risen by 14,000% in the state. “This is insane—the bleeding has to stop,” Reeves said in a Facebook post on Thursday.

“I have a fundamental problem with the government making it illegal for people to fend for themselves in a crisis like this. This situation truly goes against all of my instincts,” Reeves said Friday. “I cannot sit by while Mississippians are driven into poverty, without doing everything in my power to give them some greater ability to take care of themselves.”

“We are headed toward reopening.” Reeves added. “It is coming soon. There is light at the end of the tunnel. Please stay strong. Please stay smart. Use common sense. That’s the single most important thing you can do.”