Gov. Tate Reeves says GOP lawmakers are suing him because he vetoed ‘payoffs for friends’

The Nets won the Inner City Youth championship on Tuesday 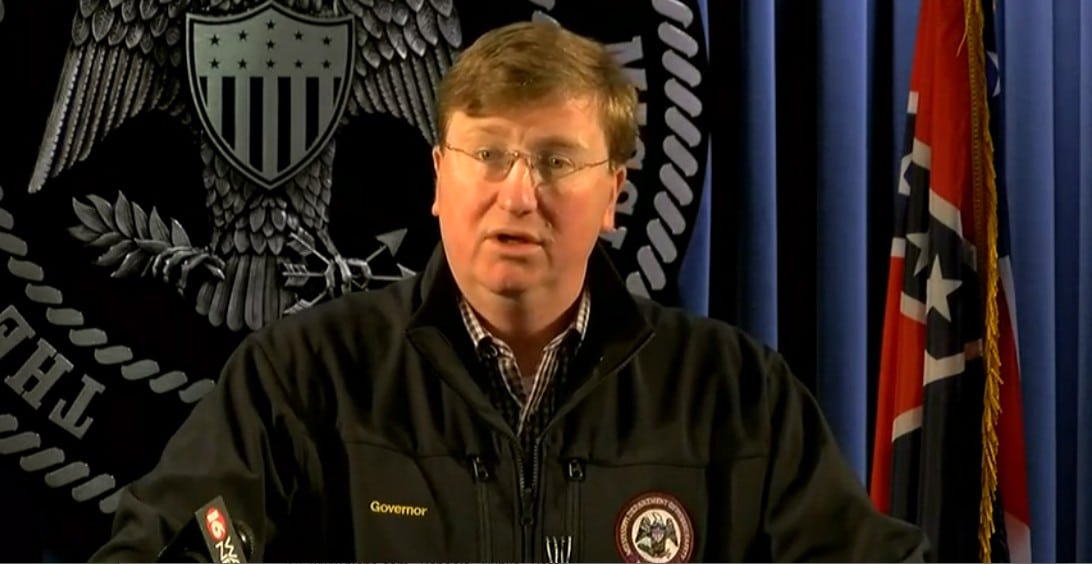 The lawsuit filed by Gunn and White — the two most powerful leaders in the House — regarded bills they championed and passed earlier this year that funded the state’s public education operations and provided federal coronavirus relief money to health care providers.

Reeves blasted the lawsuit on social media on Wednesday and addressed it at a press conference. In a Facebook post, he said he had vetoed “payoffs for friends of favored House members.” He called the lawsuit a “power grab by some members of the House” and said much of his vetoing was to protect taxpayers from “pet projects stuck in a bill by a legislator” and “earmarks.”

Reeves accused the Republican-led House of letting “liberal Republicans” and Democrats run the show. He said he’s already heard from some Republican lawmakers opposed to the leadership’s lawsuit.

Gunn, White and other lawmakers declined comment on the lawsuit on Wednesday.

The state Constitution gives the governor the authority to issue partial vetoes of appropriations or budget bills, but multiple rulings by the Mississippi Supreme Court have placed strict limits on that authority.

The courts have generally said that the governor could not partially veto conditions or individual projects placed in appropriations bills. A partial veto has not been upheld by the judiciary in recent history.

For more than 100 years, the courts have ruled “the governor is not authorized to pick and choose various portions of bills to veto as Gov. Reeves has done here,” the lawsuit claimed.

Less than 10 years after the Constitution was ratified, the state Supreme Court ruled that there were strict limits on the partial veto authority, according to the lawsuit. The suit maintained that the courts have ruled the partial veto authority could be used if the Legislature adopted an “omnibus” appropriations bill  and then only to veto sections of the bill, but not individual line items.

The fight over the partial vetoes is the latest in a long line of disagreements this year — the first of a new four-year term — between Reeves and fellow Republican members of the legislative leadership. They have fought over who had spending authority of $1.25 billion in federal Coronavirus Aid, Relief and Economic Security (CARES) Act funds and on various other issues.

On July 8, Reeves vetoed most of the funding going to local school districts because he said the Legislature did not fund a program providing bonuses to the faculty of top performing and improving schools — a program critics say is racially and socioeconomically inequitable. Before the veto, legislative leaders said not funding the program was a mistake and that it could be corrected by the Legislature without the need for a veto.

The school districts recently received their first state funding installment of the new fiscal year based on a letter Reeves sent to the state fiscal officer authorizing the release of the funds. He said he had the authority to release the funds based on an official opinion issued by former Attorney General Jim Hood saying the schools must be funded regardless of whether there is a legislative appropriation because the Constitution mandates a public education system.

At a Wednesday afternoon news conference, he defended his vetoes but did not address the merits of the lawsuit. Reeves said one item he vetoed — $2 million awarded to a shuttered hospital — was a “pet project for an individual legislator.” The hospital is in the district of House Ways and Means Chair Rep. Trey Lamar, R-Senatobia.

“With the CARES Act money … there were several projects that quite frankly were earmarks, one of which was an earmark for a hospital in Tate County — a hospital that hasn’t been open in two years,” Reeves said. “Not only have they not treated any COVID patients, they haven’t treated any patients at all during the life of this pandemic.”

The bill stated the hospital would receive the funds — like other Mississippi hospitals will — if it reopened this year and began to treat coronavirus patients. The Tate County Board of Supervisors has been in negotiations to reopen the hospital.

Reeves said another item he vetoed for $6 million to Federally Qualified Health Centers also appeared to be earmarked “for a hand selected few FQHCs to do a disparity study” while leaving other centers out.

Beyond the lawsuit, legislative leaders are also considering calling themselves back into session to consider overriding some of his vetoes.

Reeves noted that lawmakers’ ability to call themselves back into session is very limited per the Legislature’s own resolution.

“I think if you actually read the order that passed the House and Senate, it’s very clear they can bring themselves back for any COVID-19 related issues, for a total of six days between now and the end of October,” Reeves said.

Otherwise, Reeves has sole authority to call lawmakers back in special session and he said he is reluctant to do so now for lawmakers’ own health and wellbeing because of an outbreak of COVID-19 at the Capitol that infected about 50 lawmakers and staff in July.

“I am not willing to play political games at the expense of the public health and the safety of the men and women who go into that (Capitol) building across the street,” Reeves said. “A lot of them are friends of mine and a lot of them are really good people.”

Reeves said he knows of at least one lawmaker — whom he did not name — that tested positive very recently.

“We certainly want them to come back for a special session and we have to bring them back in a special session,” Reeves said. “… But obviously this lawsuit complicates things a little bit … they chose to sue us rather than work this out, which I don’t think is a very wise decision.”

Reeves didn’t directly answer media questions as to why it would be safe for schools to reopen, and for bars and other businesses statewide to be open as the number of new cases soars, but not for the Legislature to return in session. He noted that many schools have detailed reopening plans and safety protocols and that young children appear less likely to transmit COVID-19 or to die from it if infected.

“We’ve dealt with everything in 2020 from tornadoes, to a prison crisis, to a state agency head from the previous administration being indicted, to the third-largest tornado in American history,” Reeves said. “… We’ve dealt with just about everything you can imagine, so dealing with yet another power grab by some members of the House is not all that surprising to me. But I never would have guessed it a year or so ago.”

The House leaders are being represented by Madison County attorney Andy Taggart, who was chief of staff for Gov. Kirk Fordice in the 1990s when his efforts at partial vetoes was found to be unconstitutional by the Supreme Court. At the time, Taggart advocated for the governor having much broader partial veto authority.

The lawsuit is seeking a quick resolution of the issue since the CARES Act mandates the funds be spent this calendar year.

Reeves said: “There’s a small group in the House that only wants to pick fights with me—some liberal Republicans who’ve joined forces with liberal House Dems. They run the show these days: Democrats and some left-leaning GOP politicians. (Republican) Trey Lamar and (Democratic caucus leader) Robert Johnson lead that crew around.”

“They don’t have the votes to override the vetoes, so this is their Hail Mary,” Reeves continued. “I wish they wouldn’t waste your money and pull us away from all the crises we’re managing to deal with their nonsense, but it’s their favorite game.”

Lamar on Facebook posted a scathing response to Reeves.

“… The CARES Act funds were distributed to EVERY hospital in Mississippi,” Lamar wrote. “… Why should Tate County Hospital be any different just because it is between ownership? I will tell you why. Apparently, by your own admission, I am a leader of the ‘opposition’ to you in the House. You publicly accuse me of playing political games, while you are literally playing games when people’s lives are at stake. The citizens of Senatobia and Tate County do not have access to a hospital for approximately 30 miles in any direction.

“Nearly everyone I represent can see the immediate and dire need for the hospital to reopen, and the only reason for the unconstitutional veto was your personal animus against me,” Lamar wrote. “That is petty and beneath the dignity of your office.”