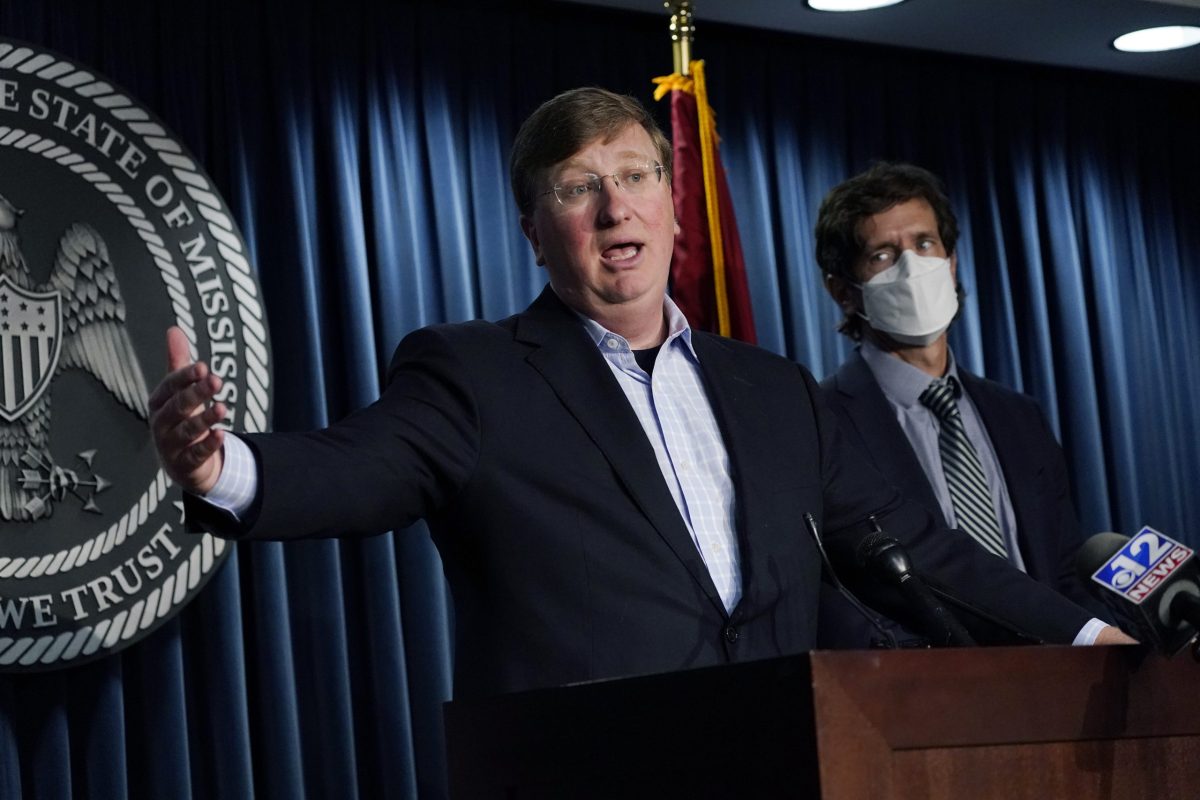 When repeatedly asked on national television why Mississippi led the nation in COVID-19 deaths per capita, Gov. Tate Reeves downplayed the statistic and refused to discuss what’s being done to address it, instead lashing out at Democratic President Joe Biden.

Reeves appeared Sunday on CNN’s State of the Union with Jake Tapper to discuss his response to the pandemic, particularly his opposition to Biden’s proposed vaccine mandate.

Reeves has previously stated that he plans to sue the federal government once the particulars of the vaccine mandate are released, a claim he reasserted during his Sunday appearance.

“If this president has the ability to mandate vaccines, what powers do we not grant this president? What does he not have the ability to do?….That’s not something that I’m willing to stand by and allow him to do. Obviously we have made it very clear that we are prepared to sue once we actually see the rule.”

Tapper repeatedly pressed Reeves on the high COVID death rate per capita in Mississippi, which last week rose to first in the nation, asking what steps Reeves was taking to address this.

“If Mississippi were its own country, you would be second in the world, only to Peru, in terms of deaths per capita,” Tapper said. “That’s a horrible, horrible, heartbreaking statistic. So, with all due respect, governor, your way is failing. Are you going to try to change anything to change this horrible statistic from what you’re doing already?”

Reeves did not directly answer the question and instead attempted to contextualize the statistic, pointing out that deaths are a lagging indicator and that case counts have fallen and total vaccinations have increased in Mississippi.

While daily death totals do often lag behind case counts and positivity rates in terms of measuring the prevalence of the virus at any given moment, Tapper was referencing the total number of deaths in Mississippi since the pandemic began — currently 9,270, according to the Mississippi Department of Health. It is this number, the total number of deaths since the start of the pandemic, for which Mississippi now leads the nation on a per capita basis.

While the number of vaccines administered each week did increase during the height of the delta variant’s presence in Mississippi, that number is currently trending downward. Currently, 42% of Mississippians are fully vaccinated against COVID-19.

In the CNN interview, Reeves also repeatedly attempted to direct focus on other states, saying that he expected total deaths per capita to increase in other states that are currently experiencing a surge in cases and implying that Mississippi may not hold the top spot for long in terms of per capita deaths.

Tapper continued to ask Reeves about what changes he was making in Mississippi, and Reeves responded by repeating changes in virus caseload and vaccination rates in Mississippi. During the 11-minute interview, Reeves never discussed any changes that he had made in his decision-making as the leader of the pandemic response efforts.