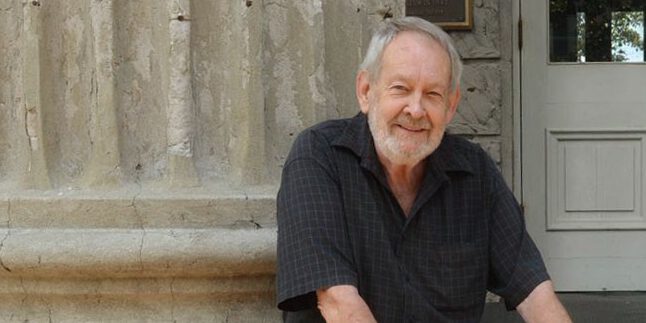 As Vicksburg Daily News mourns the passing of the late Gordon Cotton, we cannot help but smile and remember his humor and love for writing. He loved writing so much, that in his typical Gordon fashion, he left us with one final piece of history.  His obituary.

YOKENA – Funeral services for Gordon A. Cotton, who died Sunday, March 7 in Vicksburg, will be held at 2 p.m. Tuesday at Glenwood Funeral Home with burial at Jordan’s Chapel Cemetery on Campbell’s Swamp Road.

Cotton, 84, was a former teacher, journalist and a retired curator/director of the Old Court House Museum-Eva W. Davis Memorial. He also authored books on local history.

He was a 13th generation southerner and a seventh generation Mississippian. His Perkins ancestors arrived in Spanish Mississippi in 1780, and helped to establish the first church in the territory, Salem, which was Primitive Baptist, a denomination he joined when he was 19.

He loved genealogy and traced many branches of his family to Europe. his mother’s people were basically French (which he said was why he liked good wine) and on his father’s family his eighth great grandfather was the second Anglican minister in America. The Cottons came from North Carolina to Adams County in about 1820 and then to Warren County in 1837.

His love of local history was evident not just in his writing and research but also in his work in helping to restore Asbury and Old Hopewell cemeteries and was sexton of Antioch Cemetery.

He had a penchant for cats and also for politics, consistently supporting Ronald Reagan, Ron Paul and Donald Trump. In history, his first love, he most admired Jefferson Davis and Nathan Bedford Forrest.

He attended local schools, Jefferson Davis Academy and Jett High School. He graduated from Southwest Mississippi Junior College, attended Harding College, and earned a BA and MA degree from Mississippi College. he left school for a year and lived in Alaska (“Because I just thought I was tired of hot weather.”)

Cotton taught at Jett, Redwood, Holmes Junior College and Warren Central. He got his start in journalism working for Mary D. Cain at The Summit Sun, worked for Keiths at The Hinds County Gazette, and was a reporter and feature writer for The Vicksburg Evening Post when the Cashmans owned it and Charlie Faulk was editor. He later wrote features for Vicksburg Daily News. He was associated with the Post full time or part time for 48 years. He was curator/director of the Old Court House Museum-Eva W. Davis Memorial for 30 years and returned there on a part-time basis.

He was born April 4, 1936 at 20 minutes past midnight at the family home on Campbell’s Swamp Road near Yokena. He was the son of George Alfred and Eva Morgan Cotton, who preceded him in death, as did his two sisters, Marguerite Jean Cotton Forbes and Sallie Cotton and also two nephews and a niece, Pat and Michael Forbes and Karla Forbes McDaniel.

Survivors include two nephews, Tommy and Jeff Forbes of Yokena, and a godson, Lane Berg, and his wife Chessie and son Micah of Mountain View, Arkansas. He was related to Batchelor, Blackburn, Hullum, Lee, Luckett, Mendrop, Stevens and other families.

The service will be held under the direction of Glenwood Funeral Home on Tuesday, March 9 2021, at 2 p.m.with visitation from noon until the service. Charlie Mitchell will deliver the eulogy, assisted by Dr. Reid Bishop, pastor of Little Flock Primitive Baptist Church, and Rev. Michael Herrin, pastor of Yokena Presbyterian Church. Pallbearers will be David Browman, Cole Bishop, Joe Gay, Jim Watt, John McHan, and Tommy Lofton.