Gertrude Young: Renamed center is all about 'time and love for our children' 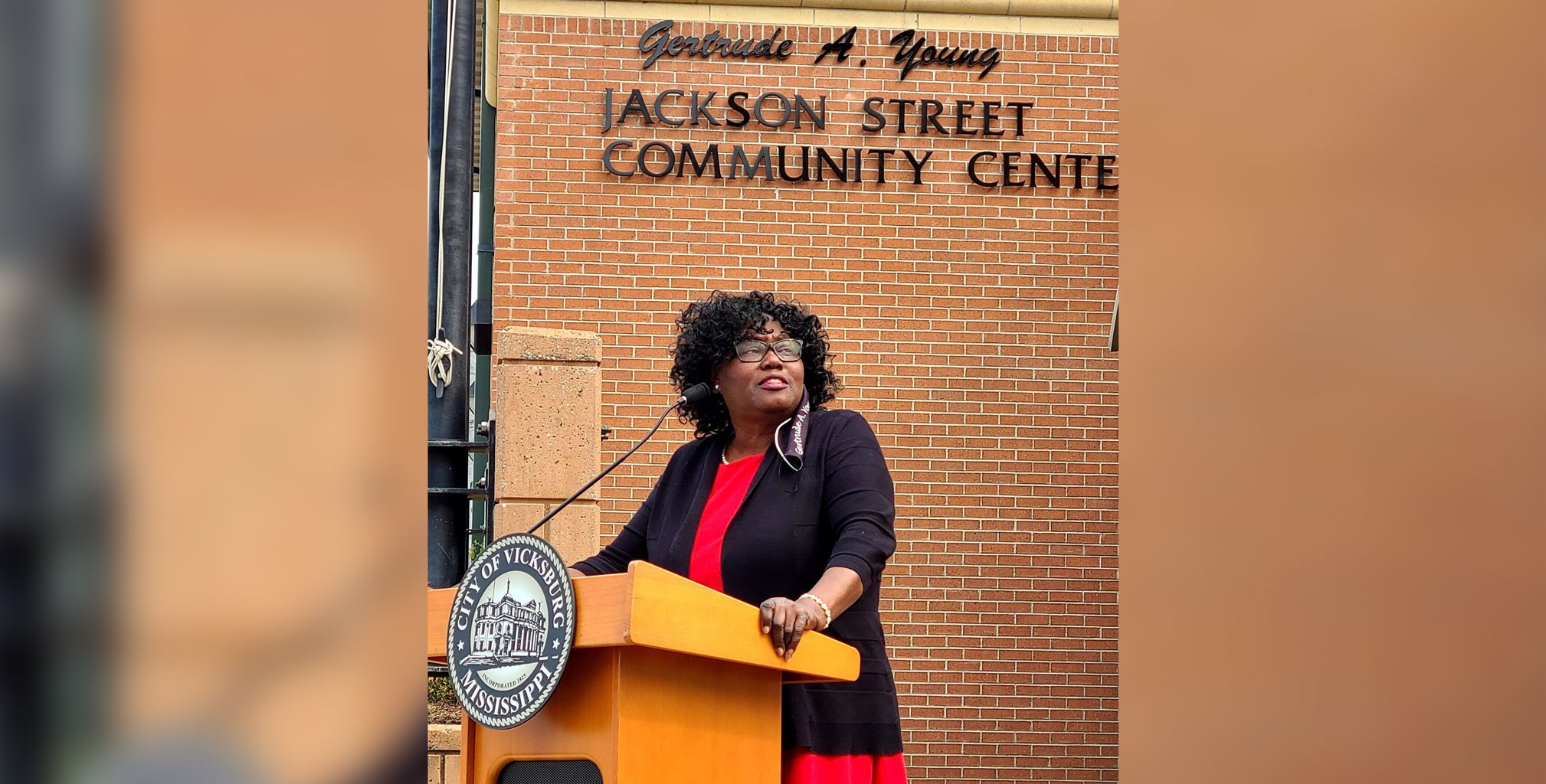 At a well attended ceremony Saturday morning, Gertrude Young was honored by friends and family at the renaming and dedication of the Gertrude A. Young Jackson Street Center.

The youth facility has long been a central location for helping and developing the next generation in Vicksburg.

“When Fannie Willis Johnson built the Clay Street Y in 1923, it was told to her … there was a section that would not be able to go,” Young said with emotion during her speech at the dedication, referring to segregation. “So she built in 1924, right here in this very spot, Jackson Street YMCA. Not only did it have recreation and a swimming pool, but the main thing we grabbed hold of was the wisdom that we learned through this building. The kids would come and listen to what the old men had to say.” 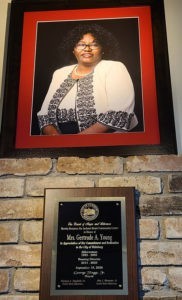 A photo and plaque inside the center honor Gertrude Young. (Photo by David Day)

That older facility was allowed to fall into decay, so through three administrations Young, then a Vicksburg alderwoman, worked to rebuild the facility.

“To see my name on this on this center … my mom was a maid and my dad was a garbage man,” Young said, her voice shaking. “The only thing that got me through was I was smart.”

“My goal was to have a safe zone for our children in every part of our city and county” Young added with her chin up high. “A child should always feel like they could go somewhere. Somewhere where they don’t have to feel afraid.”

Gertrude Young served in her first public office as Warren County election commissioner from November 1988 until November 1992. She was elected as Vicksburg’s first female North Ward alderwoman and vice mayor of the City of Vicksburg, serving from July 1993 to July 2005. Young has served as president of the Mississippi Black Caucus of Local Elected Officials for two terms in 2001 and 2003. The state scholarship for the Central District of the MBC-LEO was named in her honor. 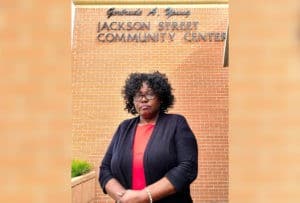 A resolute Gertrude A. Young in front of the center renamed in her honor. (Photo by David Day)

Young has served the city of Vicksburg and its residents in many capacities including adding a new addition to the Kings Community Center, building the swimming pool there, developing Halls Ferry Park, the Convention Center, the Senior Center, Sherman Avenue Park, Mission Park Baseball field, developing the waterfront, providing the shelter for Mountain of Faith Women Restoration and getting uniforms for city workers.

“It took a lot to build this place,” she said about the community center. “It took three years to build this place. It wasn’t about us, it was about our kids. And that is what we should to today, is to take an oath … that no more of our children would die in the city of Vicksburg.”