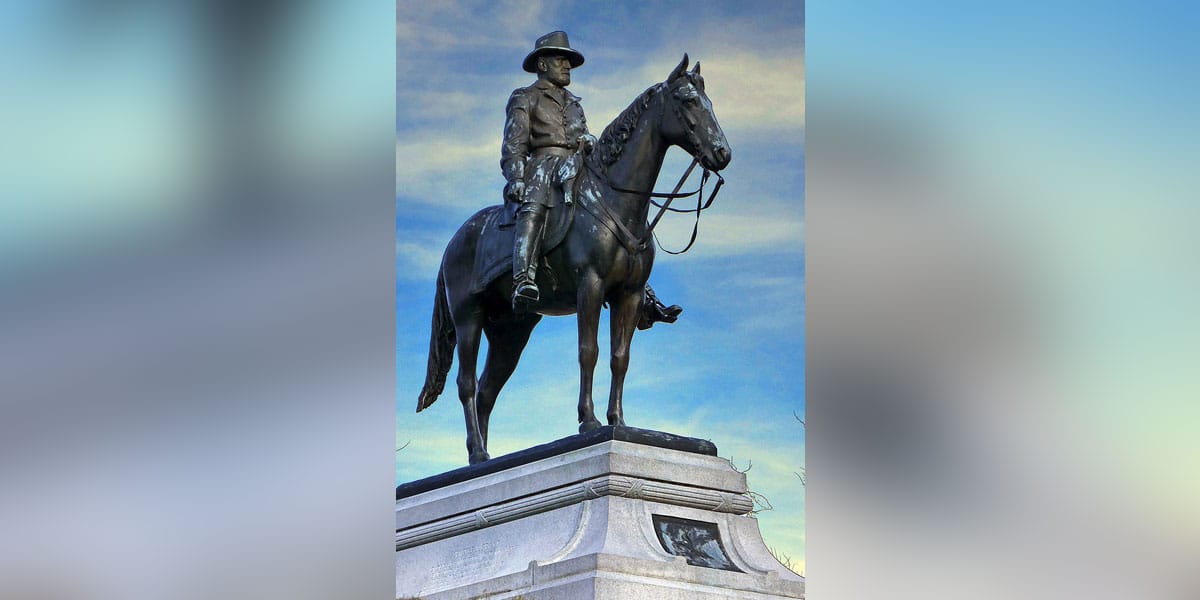 The statue of Gen. Grant in the Vicksburg National Military Park. (photo by Calstanhope - Own work, CC BY-SA 4.0)

There’s a small white stone in the Dockery family graveyard at Lamartine in Columbia County, Arkansas, with the simple inscription “Truce” on it, and therein lies a story.

Thomas Pleasant Dockery was a Confederate general in the Siege of Vicksburg, commanding the second brigade under Gen. John S. Bowen.

Dockery was born in North Carolina but grew up near Magnolia, Arkansas, on the Louisiana-Arkansas border, not far from Shreveport. He entered the Confederate States Army as a colonel.

During the siege, Mrs. Dockery, like many officers’ wives, tried to stay close to the army to be near her husband. She found lodging at a home in the county outside Federal lines. She could hear the roar of the cannons, and she spent many anxious moments concerned about her husband’s safety. Like many others, she prayed that relief might come for the entrapped Confederates, but it never came.

After the surrender on July 4, 1863, Mrs. Dockery persuaded her host to take her to Gen. Ulysses S. Grant’s headquarters so that she might learn something about her husband. The planter found a rickety old buggy, one in such poor con­dition the Yankees wouldn’t want it. He caught an old mule so frail he had also been spared, tied some leather and rope into a harness, hitched the mule to the buggy and he and Mrs. Dockery started for Vicksburg.

It was hot and dusty but eventually they made it to the vicinity of Grant’s headquarters. A guard refused to allow them to pass. That, however, was before Mrs. Dockery burst into tears — and he couldn’t bear to see a lady cry. She begged the guard to go to Grant and tell him that a lady in great distress needed to see him. The soldier soon returned with an invitation for Mrs. Dockery and her friend to come to headquarters right away.

Terrible stories had been circulated about Grant, but he received Mrs. Dockery courteously, gave her cool water and seated her in a comfortable chair. She told him of her concern about her husband, asking for permission to visit him. Grant couldn’t give her a pass without breaking his own rules; however, he would get news of Gen. Dockery by sending an orderly to find out about him.

Grant insisted that his guests join him for dinner, and when the meal was finished, the soldier returned with a message that Gen. Dockery was in good health and would visit his wife as soon as he was permitted.

Grant wrote a pass on a scrap of paper for the Confederate officer and his wife to return to their home in Arkansas upon their honor and pending further orders. The Northern commander slipped it into her hand as they parted.

It was several days before arrangements could be made for the Dockerys to leave, and the story was told that on the day of the departure of the Confederate soldiers, followed by their officers and wives, Grant was watching. At his feet was a white Spitz dog that had attached itself to headquarters. He had become a favorite of the men and of Gen. Grant.

As the Dockery’s carriage drew near, Grant picked up the little white dog and handed it to Mrs. Dockery, saying, “Let this be a flag of truce between us, madam, and may my men possess the courage you have shown during the siege.”

The dog was from then on called Truce and became as greatly loved by the men in gray as it had been by those who wore blue.

Eventually Gen. Dockery was exchanged and returned to his duties in Confederate service, taking Truce with him. One story of the dog’s service was that one night after a long march, with the men stretched out on the ground asleep, one soldier was aroused by Truce tugging at his sleeve. Annoyed, he tried to make the whining dog leave him alone. Undaunted, Truce went to wake the next soldier.

Just then, a bullet grazed where the soldier’s head had been resting. By then, everyone was awake, ready for a fight. Truce’s keen perception of danger had saved their lives.

Truce survived the war in which the dog had become a mascot for the Confederate soldiers. It is said that at the dog’s death he was buried in a small satin-lined casket, and some Confederate veterans conducted the burial.

Only the name Truce is on the gravestone, but there is quite a story that goes with it.