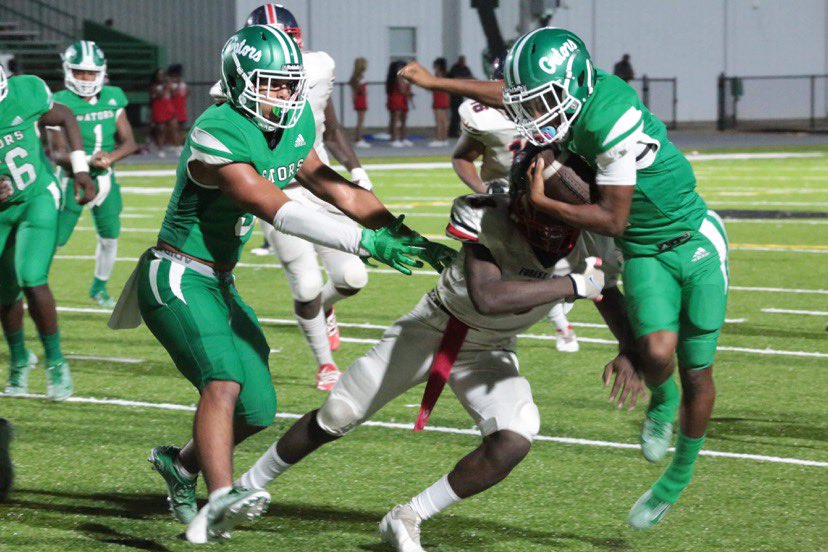 Vicksburg High School remained undefeated after a 46-0 victory against Forest Hill on Thursday. 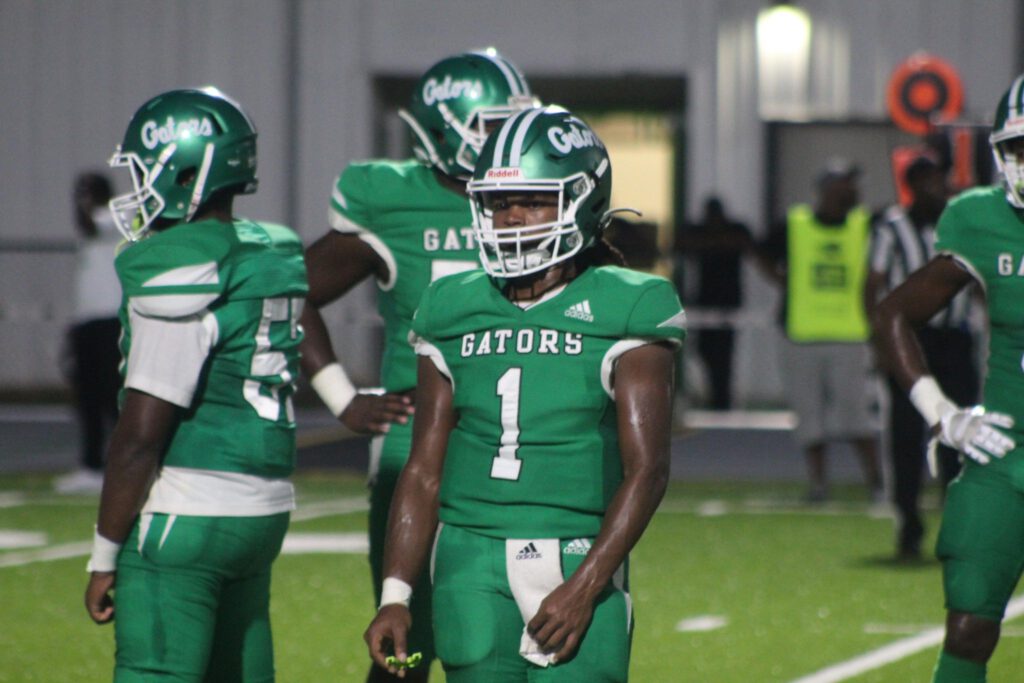 “I thought they played extremely well offensively, defensively, and on special teams,” head coach Todd McDaniel said. “It’s great to make up for mistakes and bring home a victory at the same time.”

The Gators got in the end zone early with Malik Montgomery scoring the first touchdown. He also rushed for a second touchdown late in the game. 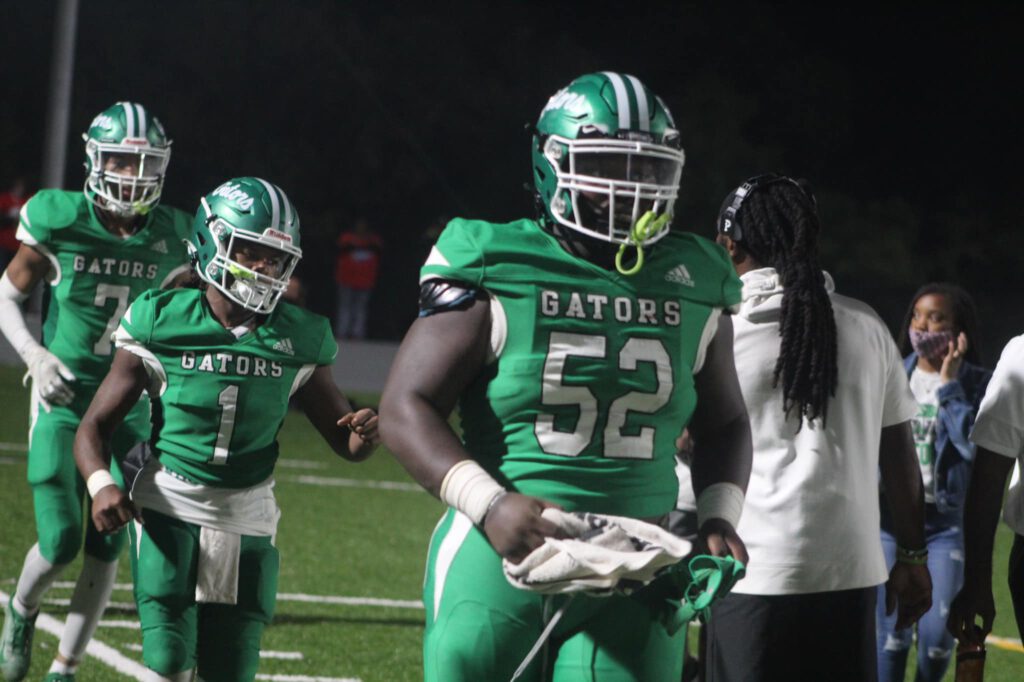 The Gator defense held their own all night with multiple stops, including a pick six by Julien Demby and Kearris Gilliam that added major points to the board. VHS acquired a 27-0 lead by halftime.

The Patriots began moving the ball downfield after coming out of halftime, but quickly turned the ball over on downs after Demarcus Johnson put a hard hit on the ball carrier. Eric Wesley and Wallyeke Curry also grabbed an interception before the night was over. 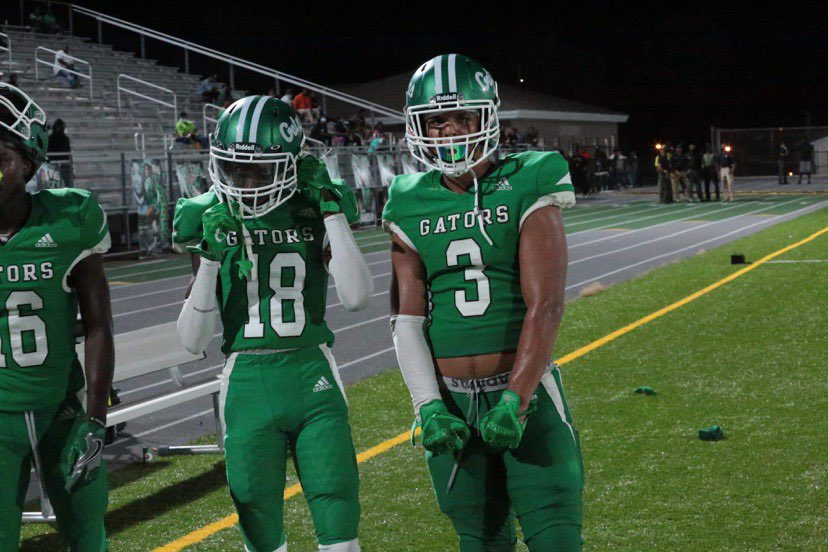 Sophomore quarterback Ronnie Alexander got to show off his arm strength as well by throwing a long touchdown to Tyler Henderson. 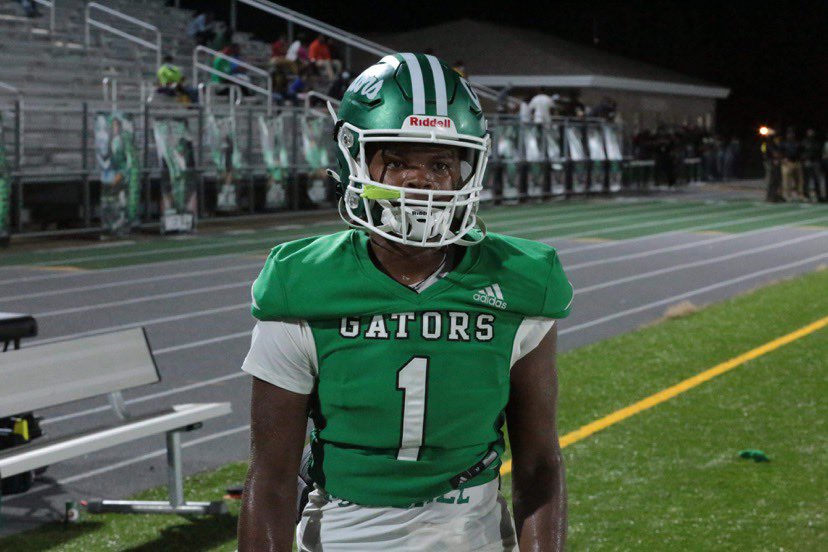 “I feel real good and I feel like we made history today because we have been 2-0 in the district in a long time,” Alexander said.

The Gators weren’t done scoring. Two more touchdowns came in by Otis James and Johnny Smith to cap off the victory, with Trinity McGloster kicking the PATs.