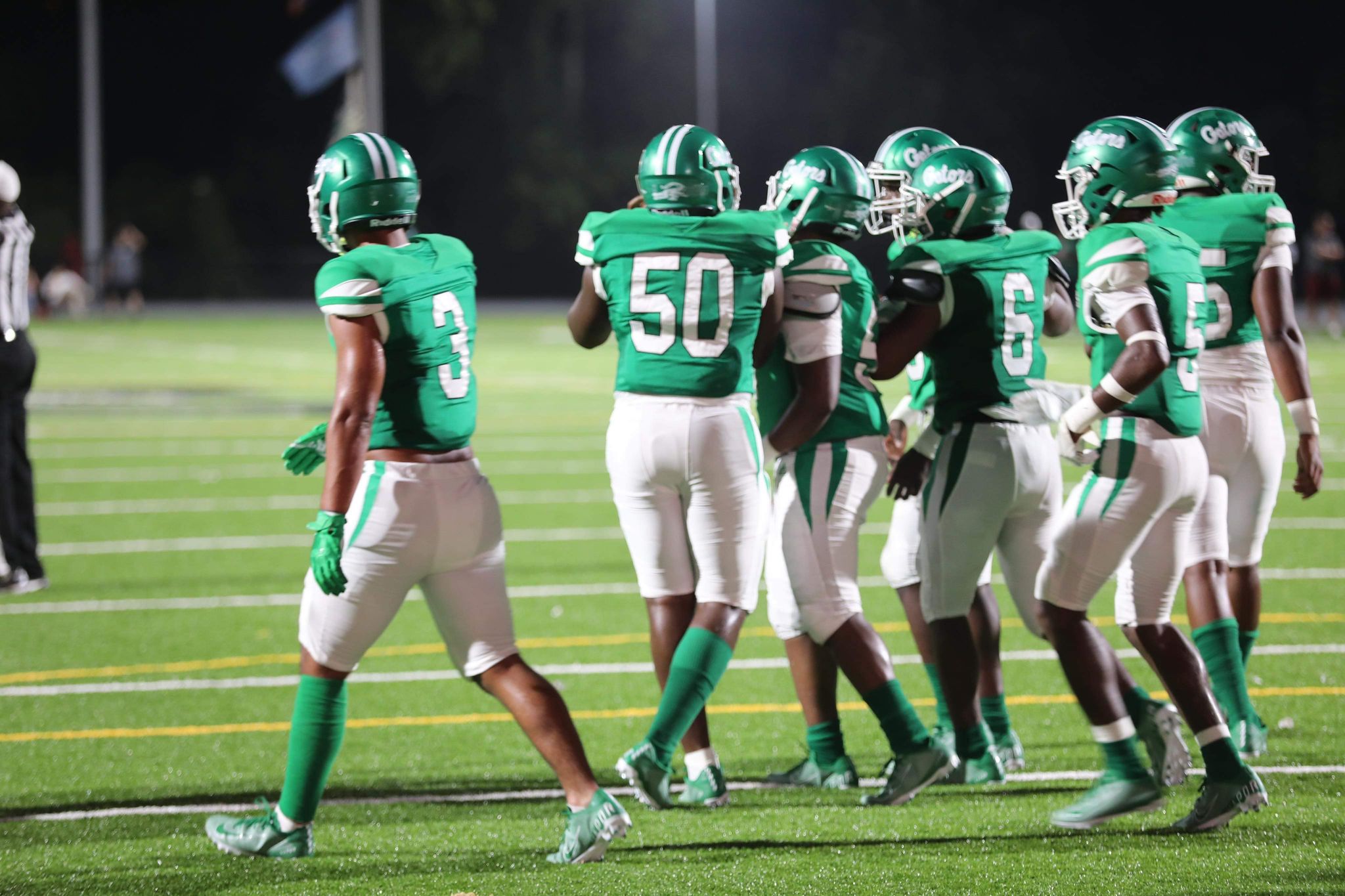 Vicksburg High School football team snatched their fifth straight victory of the season with a 44-18 win over Callaway on Thursday.

“Im glad that the guys played hard and we went over and came back with a big win,” head coach Todd McDaniel said.

The Gators seemed determined for a win last night. Sophomore quarterback Ronnie Alexander took the snaps and came up with 201 passing yards and two touchdowns.

The ground game was instrumental to the Gators’ success. Malik Montgomery came up with three touchdowns while Collin Johnson and Johnny Smith also got in the end zone. Alexander also hit Tyler Henderson for a 62 yard touchdown just minutes before halftime to give the Gators a 28-12 lead.

Despite the competition being the first to score against the Gators in over a month, Vicksburg’s defense continued to make key stops and was able to help the team secure it’s fifth straight district win.

The Gators are now 5-2 for the season and will be looking to continue their streak next week against Ridgeland.