The “Daisy Dude Outfitters” got a few good captures at the end of Mississippi’s gator hunting season this year.

The crew consists of Justin Oswalt of Brandon, Michael Bunger of Madison, along with Aaron Pettigrew of Mendenhall and Brent Stevens of Brandon. They harvested a 13 foot 1/4 inch monster weighing in at 694 pounds near Garfield’s on the south end of the Eagle Lake Saturday morning. 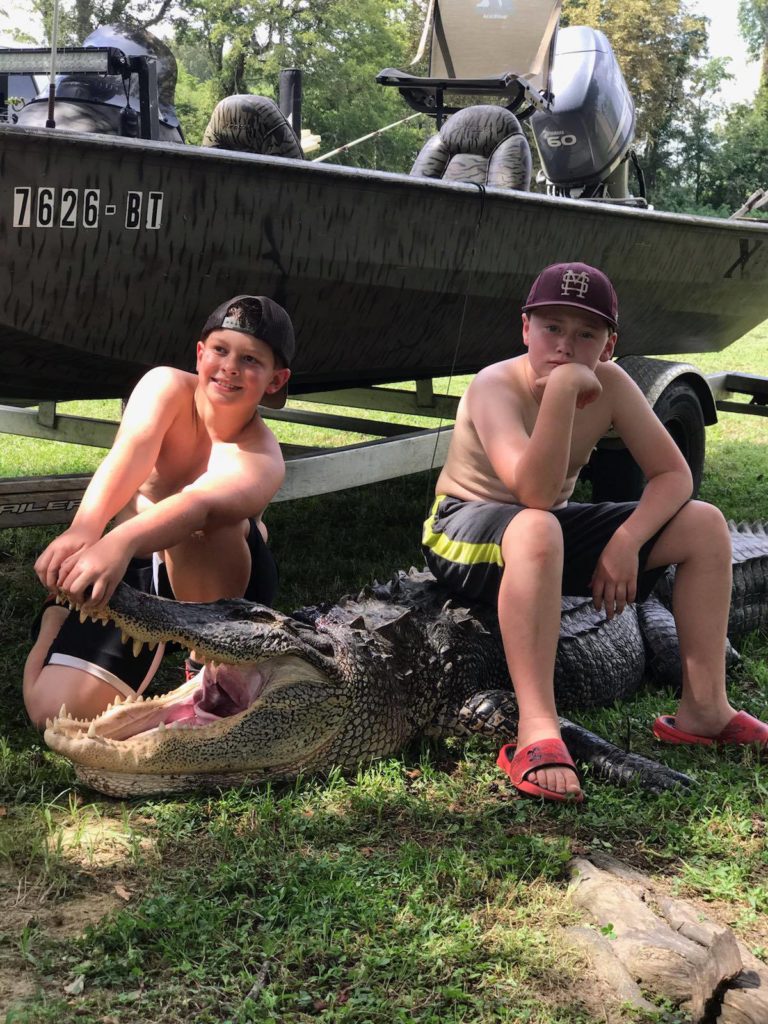 They took youngsters Gunner Bunger and Brody Oswalt to the north end of the lake and captured another one that measured 11 feet, 7 inches.

Stevens said one of the challenges of gator hunting at Eagle Lake is remaining cognizant of where the dividing lines are between Mississippi and Louisiana. Gator season was not in effect across the state line.

He said the crew also harvested one from the Ross Barnett Reservoir recently. He added they “cut the lines” on several after realizing they were too small to be compliant with Mississippi Department of Wildlife, Fisheries and Parks regulations. Gators must be at least 4 feet long. 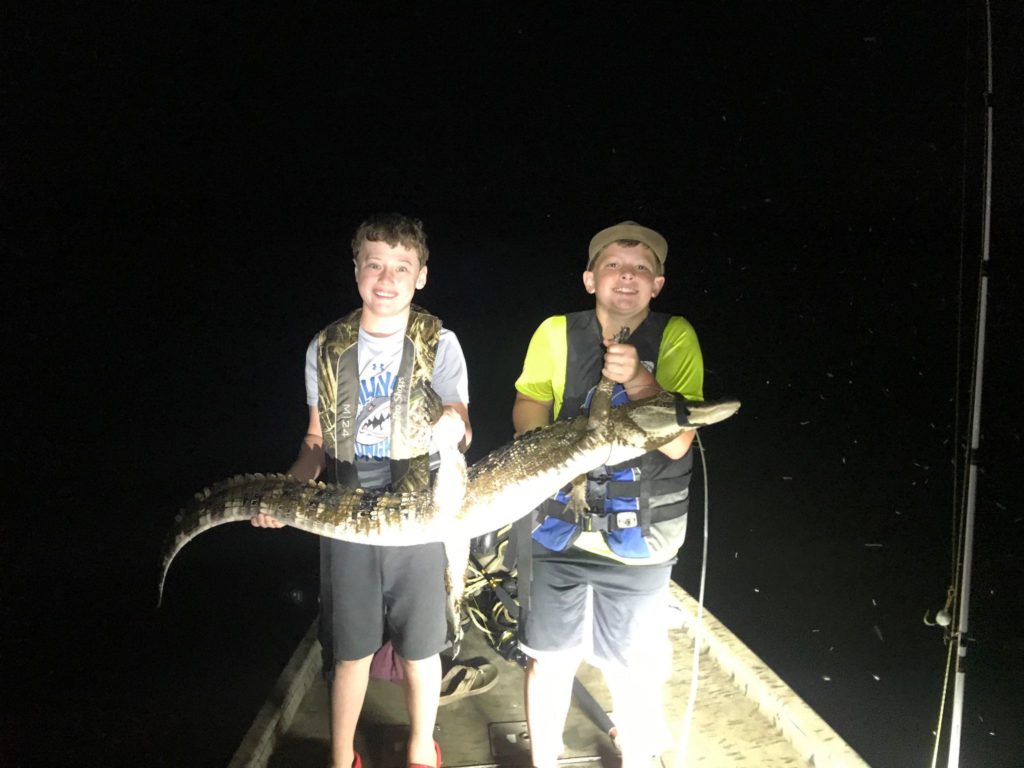 He said three of the four gator hunters were lucky enough to win spots to receive tags this year.

Stevens is having the meat processed and is hoping to be the proud owner of some custom boots and accessories soon, and the group has some exciting hunting experiences to share for years to come.