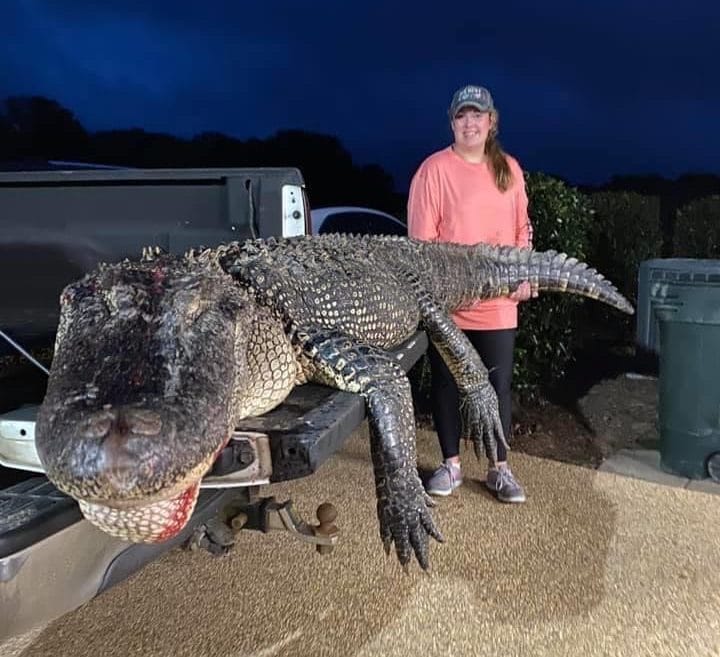 Mississippi’s alligator hunting season runs noon August 28 until noon on September 7. Ricky Flynt oversees the program for the Mississippi Department of Wildlife, Fisheries, and Parks. Flynt says 986 permits were issued following over 5500 applications. The permits were divided among seven zones throughout the state. There are two random drawings conducted leading up to the season. In our area interstate 20 actually divides the west central and the southwest zones. A staggered number of permits are issued in each zone.

Judging by the number of pictures and stories on social media area hunters are having great success and creating a one of kind special memory. 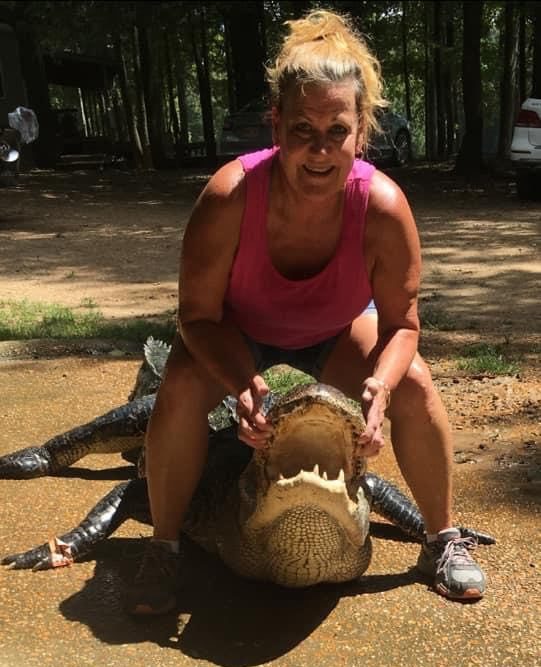 Gail Meacham had been trying for eight years to land a permit before being drawn this year. She along with Paul Rusche and two others captured a 12 foot 5 ½ inch monster Friday evening in the Big Black River near Bovina. According to Meacham the fight begins when you hook them and get them close to the boat. 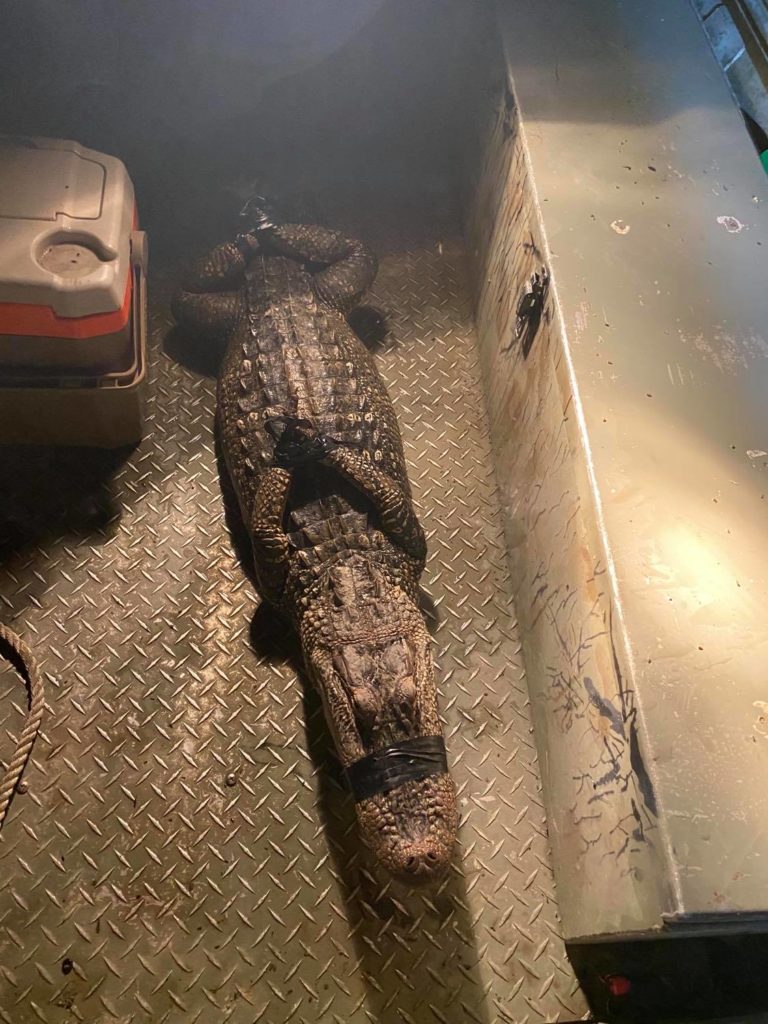 Shane Garrard reeled in one that he referred to as a runt at 6 foot 2”. 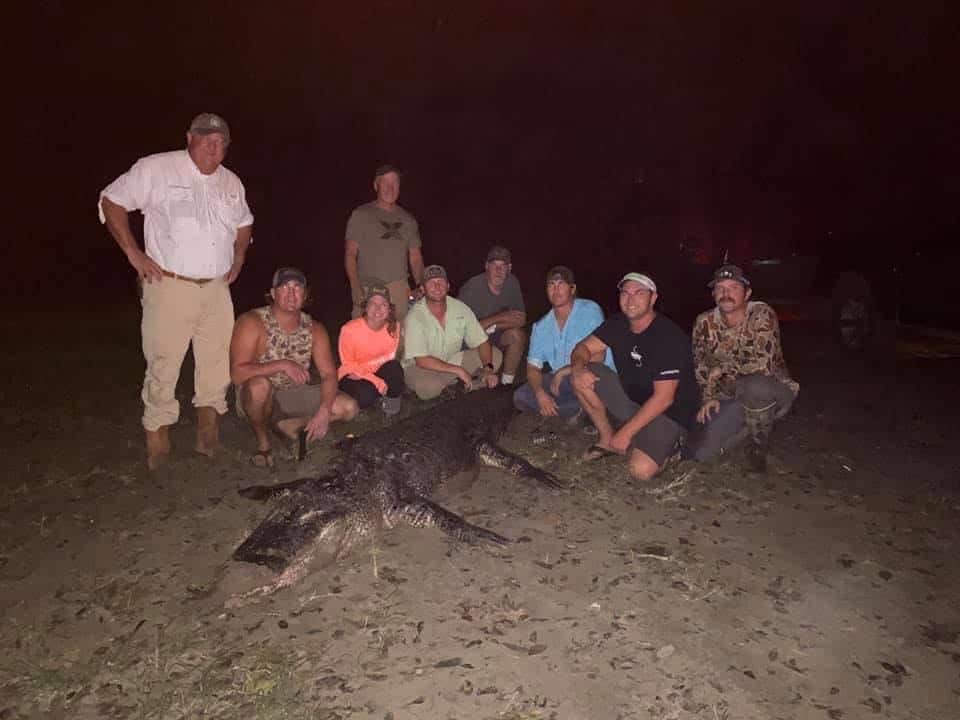 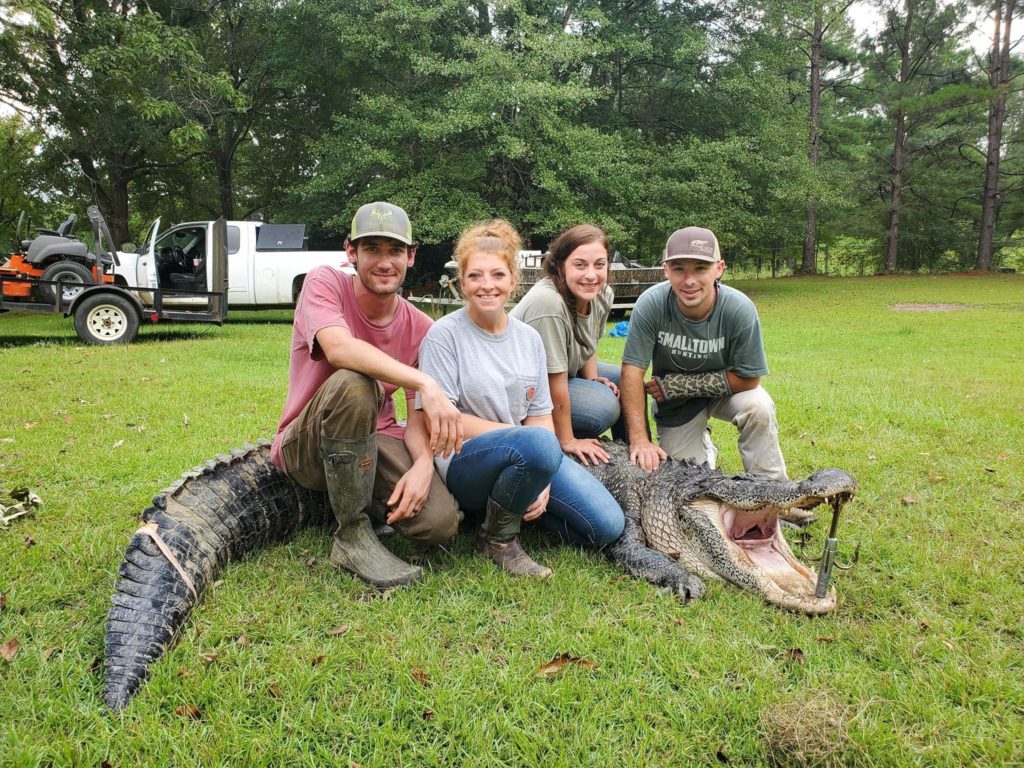 Cameron Hall and fiancé Payne Jones along with Phillip and Kaylin Johnson captured a nice gator in Claiborne County near the area where Bayou Pierre meets the Mississippi River. Hall used an open faced deep sea fishing reel to hook the 11 foot 9 inch creature that weighed in at 581 lbs.

All recounted what an exhilarating experience battling the elements and the alligators is. Apparently finding a method to gather an accurate weight on these beasts presents its own challenge.

Please visit  our Instagram page for more photos and when you capture your big one please let us hear from you. We would love to hear your stories and share your success with our audience.