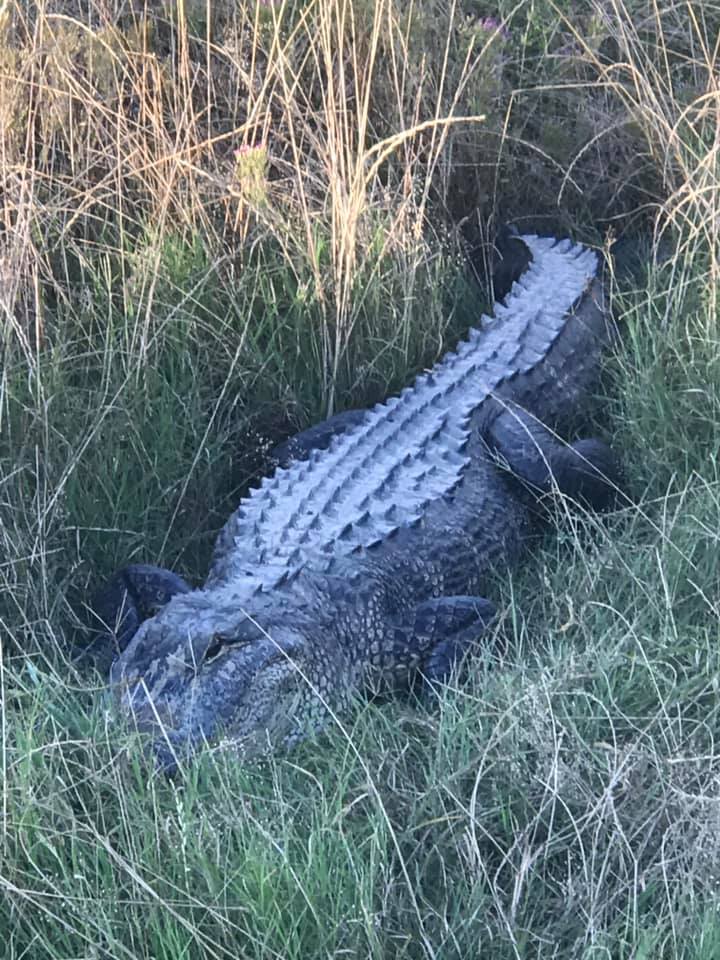 The Caddo Parish, La., Sheriff’s Office is feeling frisky about an escaped alligator that took a bite out of crime … fighter’s front bumper. 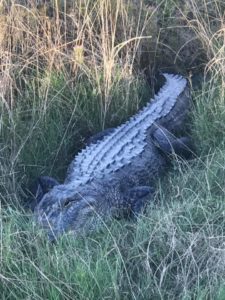 An 8-foot beast with a serious lack of respect for law enforcement and taxpayers property in Caddo Parish.

They posted on their Facebook page about the 8-foot beast: 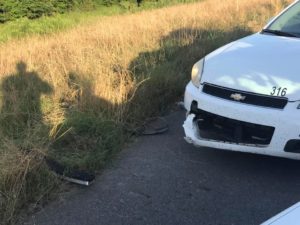 The damage after a fugitive alligator took a bite out of crime…fighters vehicle.

“This 8-footer was spotted tonight in the middle of Hwy. 1 in the hills of north Caddo Parish. Deputies tried to contain it while awaiting wildlife removal experts. It escaped, but not before taking a bite out of our deputy’s patrol car.” 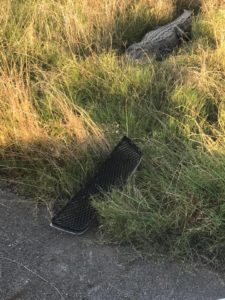 The smirk on the alligators face is apparent as it glows with pride over the car parts it tried to buff right on out.

The alligator eluded law enforcement and wildlife removal experts. No reward has been offered. No one was injured except for a late model Chevy.

Moore: ‘Someone could’ve got killed’ over ‘foolishness’