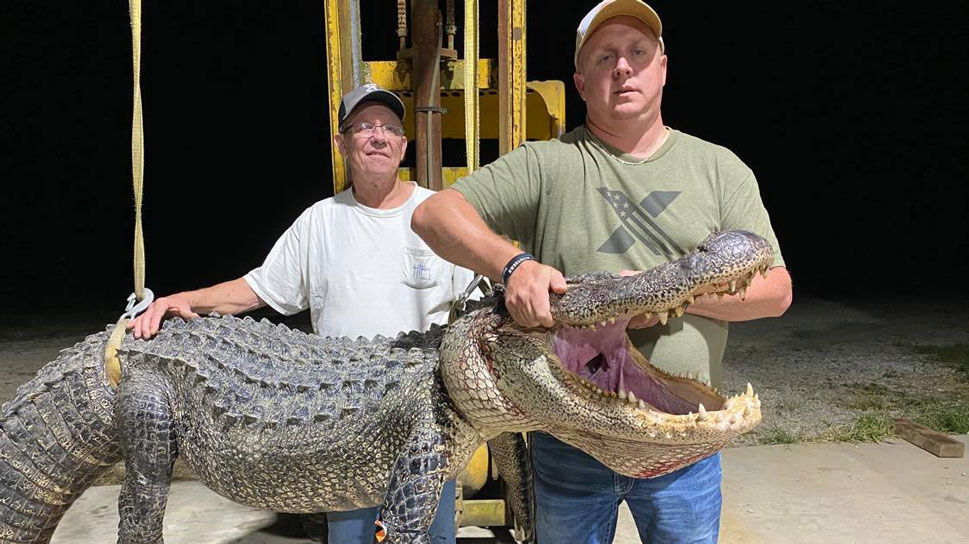 Wayne and Shane Garrard with their 438 pound catch.

Shane Garrard bagged his second gator in as many weeks Saturday night near Belzoni on the Yazoo River. 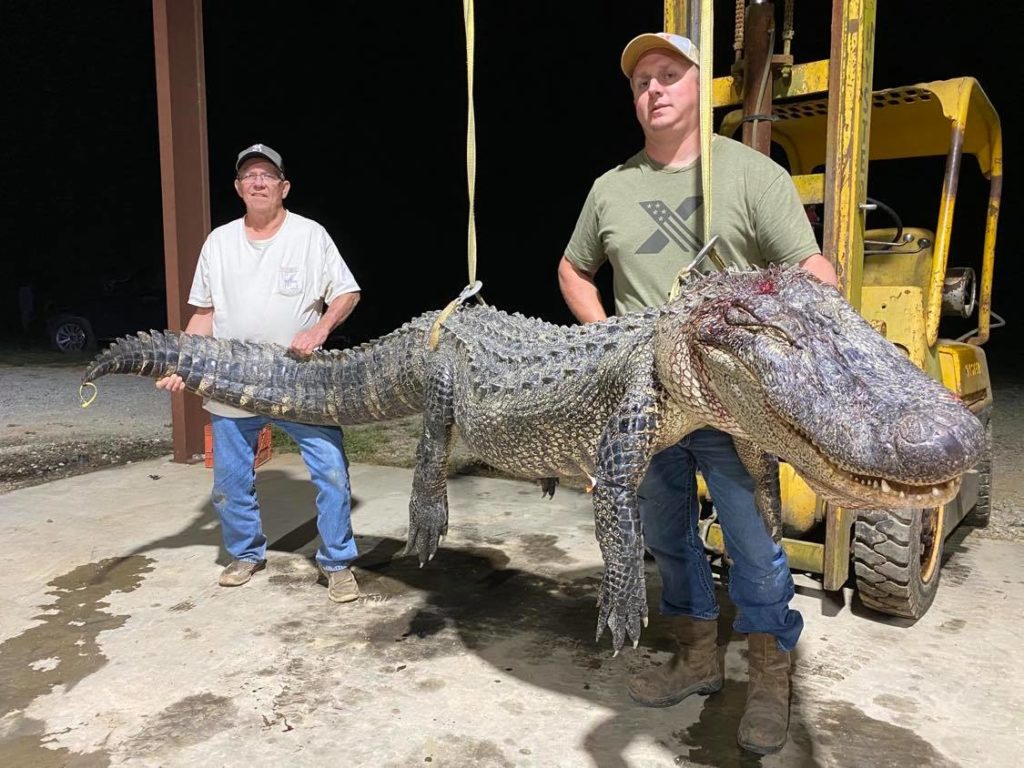 Garrard was joined by his father, Wayne Garrard, along with Nathan Howell and Chuck Darby of Grenada. The foursome began their quest at around 8 p.m. 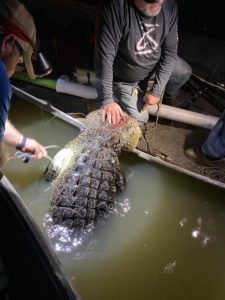 Using 00 treble hooks, at one point they had five hooks in the huge monster. The gator went deep into the river and got hung on some logs on the bottom. During this process one pole was broken. 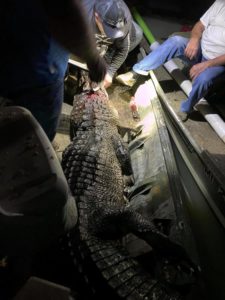 Their capture weighed in at 438 lbs. and measures 11 feet and 8 inches.

Garrard said the adventure has now made his father a huge gator hunting fan.

Vicksburg resident James Lynn Sr. shared on social media that his capture weighed in at 528 lbs. and measures 11 feet and 6 inches. 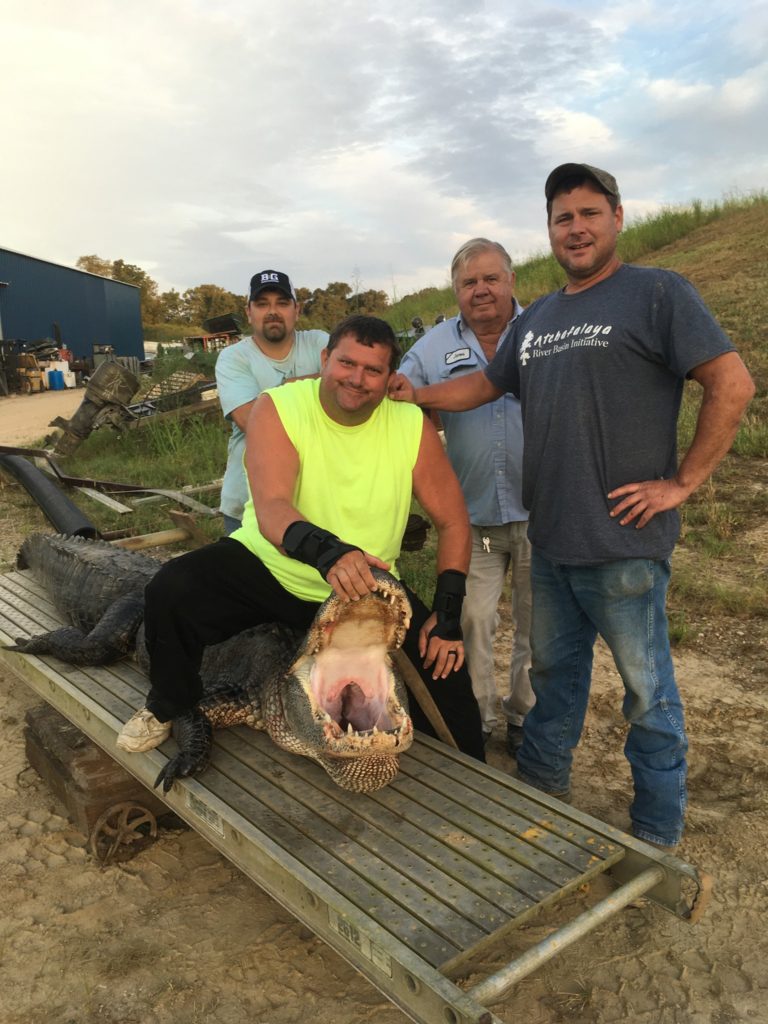 Scott Lemmons of Madison along with Matt Bingham, Danny Lynn and James Lynn Sr. of Vicksburg filled all their tags, including a 12-footer that had a section of its tail missing. The group was hunting in the southwest zone. 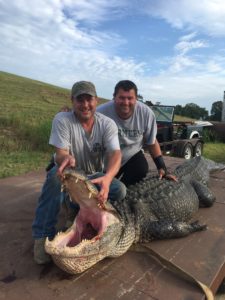