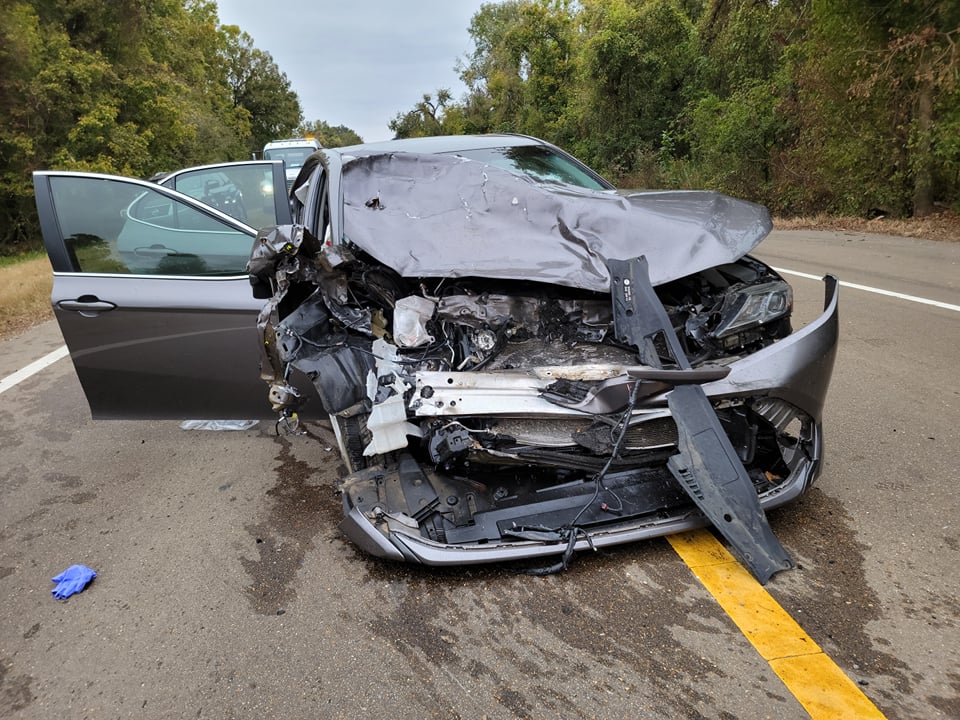 Five people were injured following a freak incident on Highway 3. Traffic is being diverted at International Paper until the roadway can be cleared. 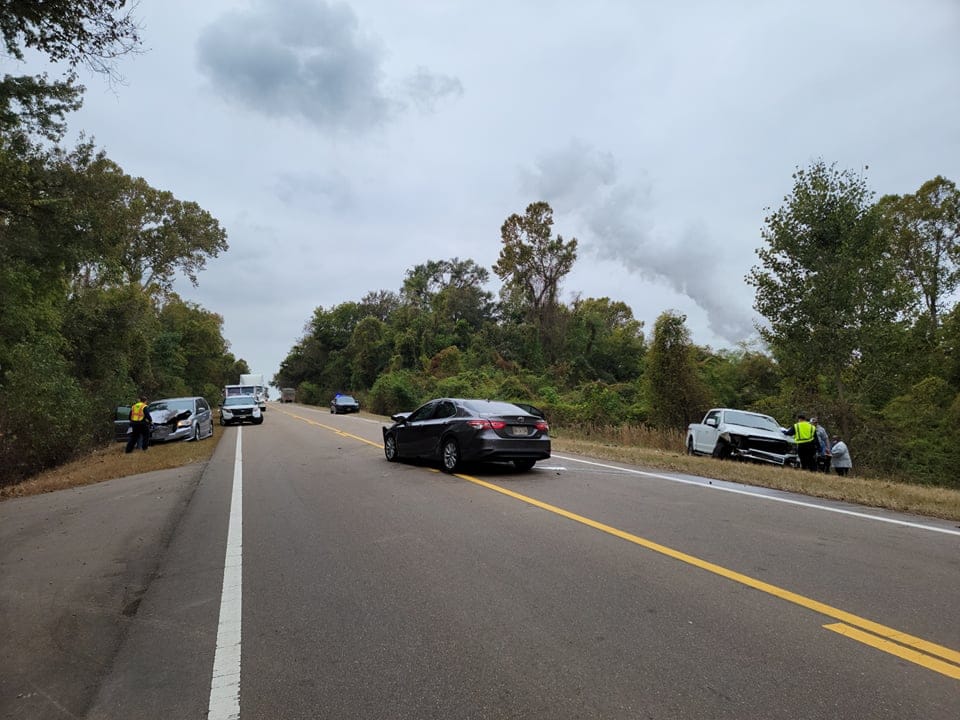 According to reports, an 18-wheeler heading westbound on Highway 3 had two wheels come off the truck. The wheels struck two other vehicles and caused one of the vehicles to crash into a third. A white Ford F-150, a gray Toyota Camry and a gray Dodge Caravan were among the vehicles involved in the highway mayhem. 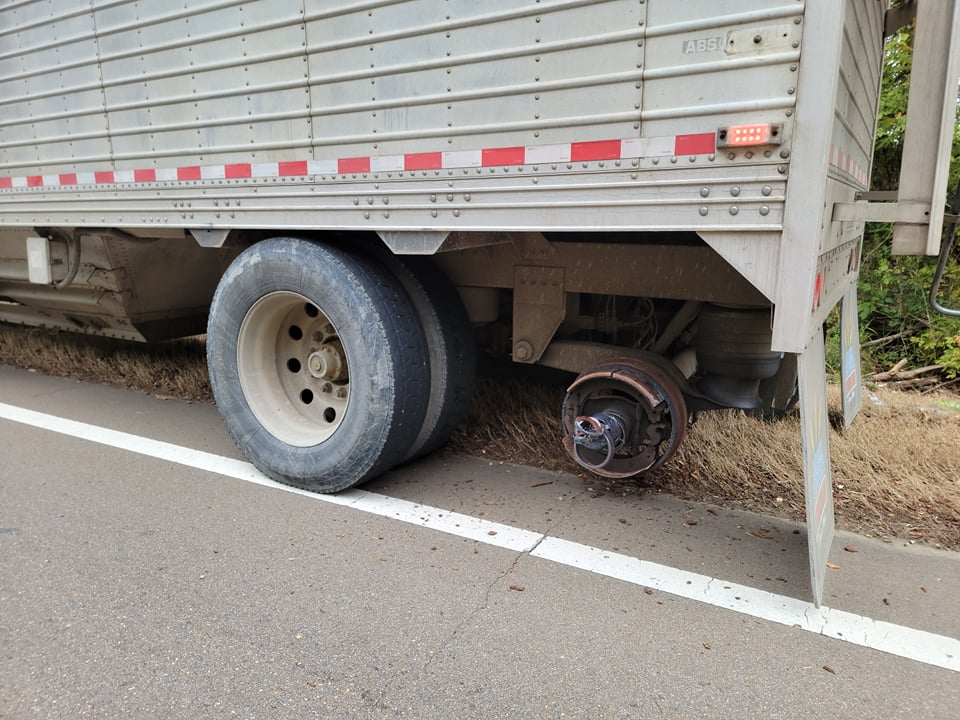 Five people have been injured in total. Three were transported to the hospital and the other two chose to take themselves. The extend of the injuries are unknown at this time. It has been reported an elderly woman involved in the crash may have suffered a back injury.

This section of roadway is currently closed as the scene is cleared. Please plan an alternate route if possible.