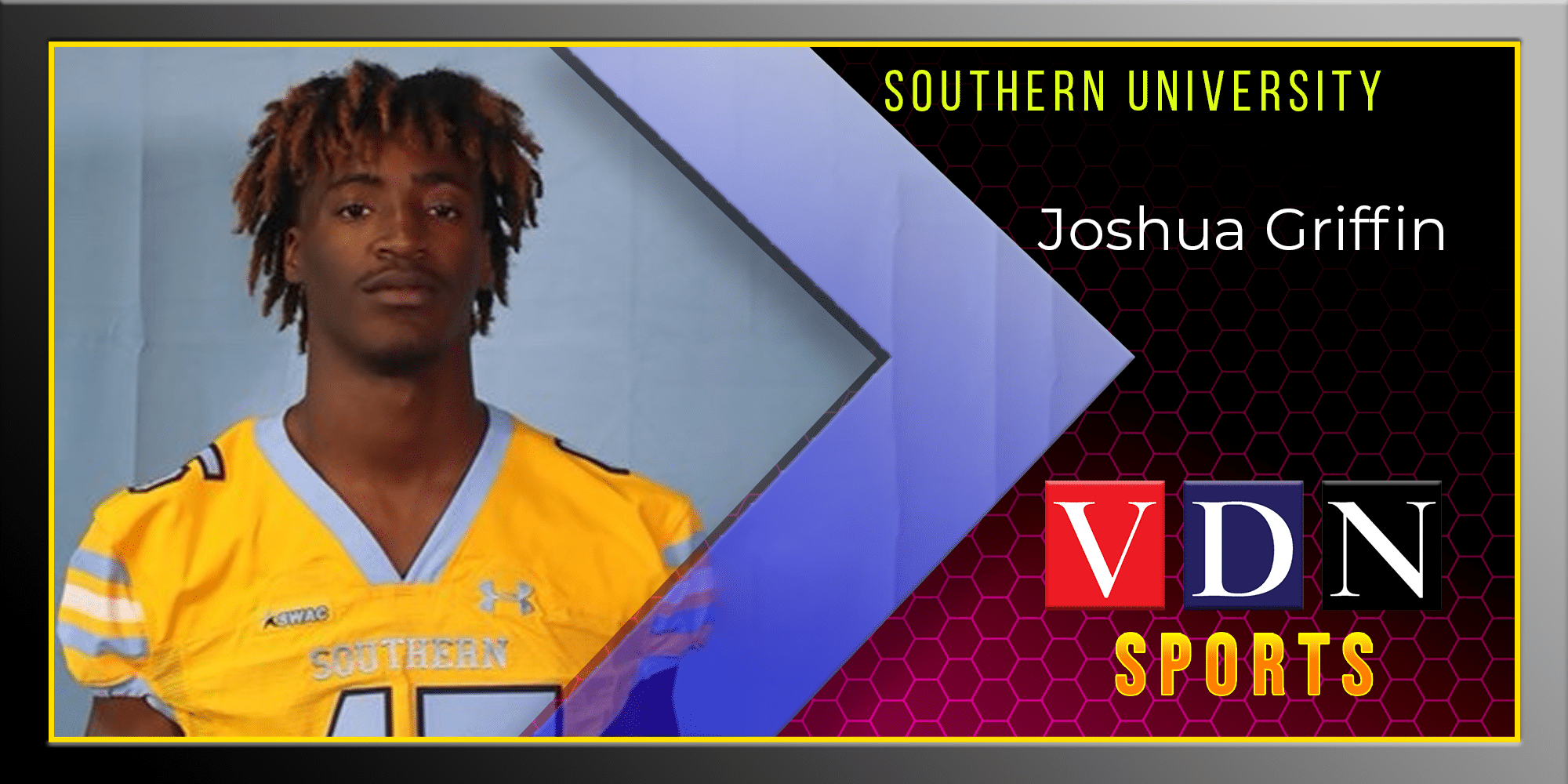 Griffin was announced as the ST Player of the Week on Monday during the Jaguar football show with Coach Jason Rollins. Griffin was recognized for his performance in Southern’s 38-25 win over Mississippi Valley State University.

Griffin had three touchbacks and kicked the ball off five times in the win.

Griffin is currently in his freshman season with the Jaguars and will take on Texas Southern on October 9.