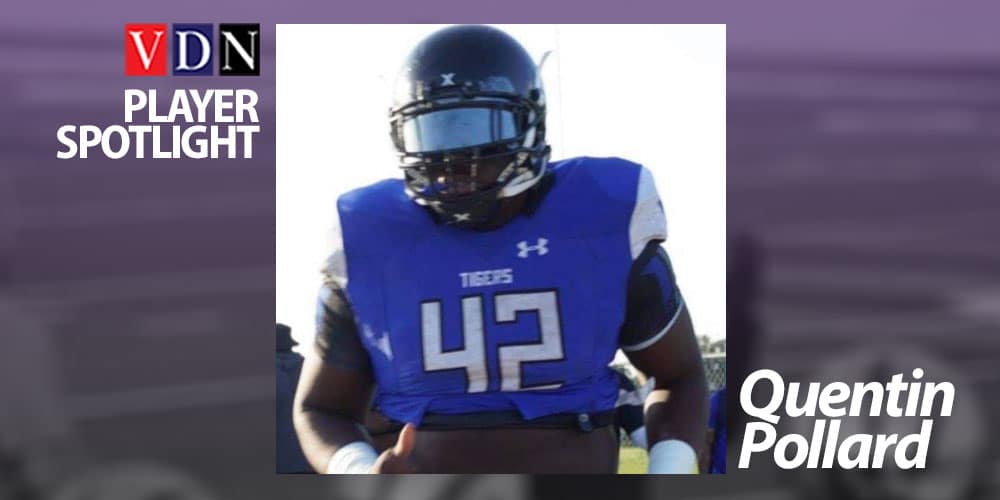 Pollard who is from Vicksburg, played tight end for the Vikings last season, and he helped the team to a 6-6 record and a playoff appearance. He transferred  to Trinity Christian this summer, and he is the starting defensive tackle for the Tigers.

As of now, Pollard, who stands at 6 toot, 2 inches and weighs 280 pounds, has 13 tackles, five sacks, and one forced fumble. He also has an offer to play on the next level from Jackson State University where Trinity Christian offensive coordinator Deion Sanders was just named the head coach.

Pollard will lead his team on the field Friday when they host Bishop Sycamore High School at 7 p.m.