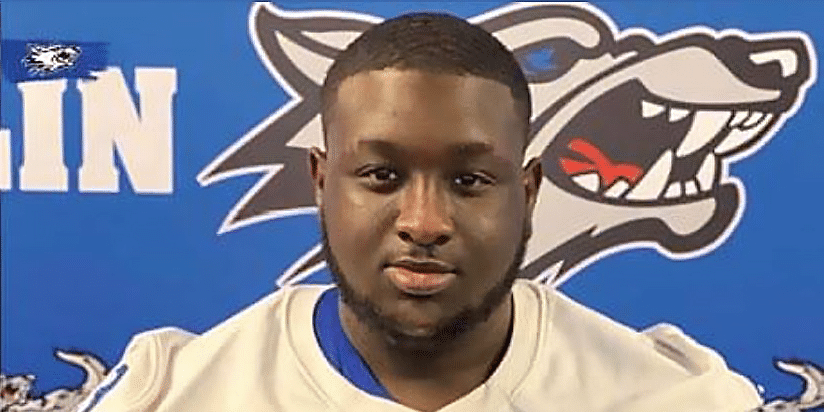 Taylor spent his sophomore and junior year starring for the Gators before transferring to Trinity Christian School for his 2020 senior season. He helped TCS to win the Texas Christian Athletic League Championship.

In 2018 and 2019, Taylor played under former VHS head coach Tim Hughes where he played on the offensive and defensive line. Shardez Taylor will now take his talent to collegiate level to further his athletic career.

Taylor officially signed his scholarship yesterday and will join the Wolves program this summer where he will be striving for a starting position.