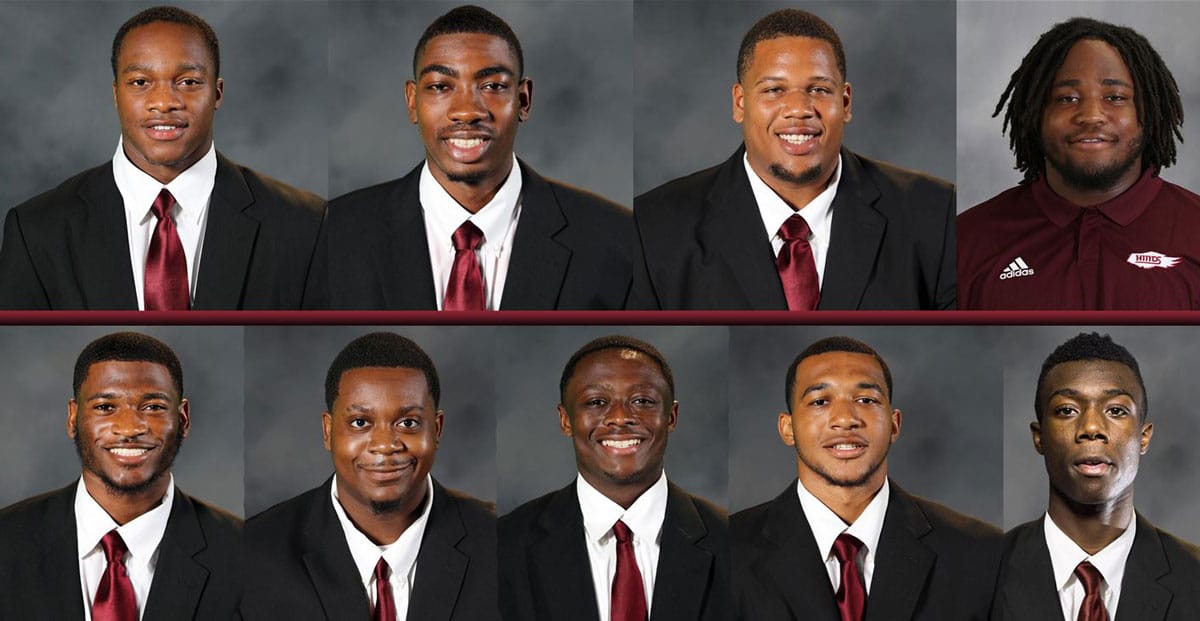 “We’re so proud of all of these young men who worked their tails off to get where they are. This is what it is all about, and Hinds football wants to wish each of them the best of luck in their upcoming seasons,” said Hinds head football coach Larry Williams.

Don Ragsdale will square off against former teammate Tylan Morton Thursday as the Southern Miss Golden Eagles take on the South Alabama Jaguars at 8 p.m. Sept. 3.

Emanuel Dabney and the Liberty Flames are scheduled to kick off at noon Saturday, Sept. 19, on the road against Western Kentucky.

Reggie Todd and the Troy Trojans are set to open up Saturday, Sept. 19, on the road against Middle Tennessee at 3 p.m.

Kyree Fields, Jonathan Jordan, and the rest of the North Alabama Lions will begin their season Saturday, Oct. 3, against former teammate Emanuel Dabney and the Liberty Flames. Game time is to be announced.

Mississippi college and university sports programs unite under “Stronger Together”