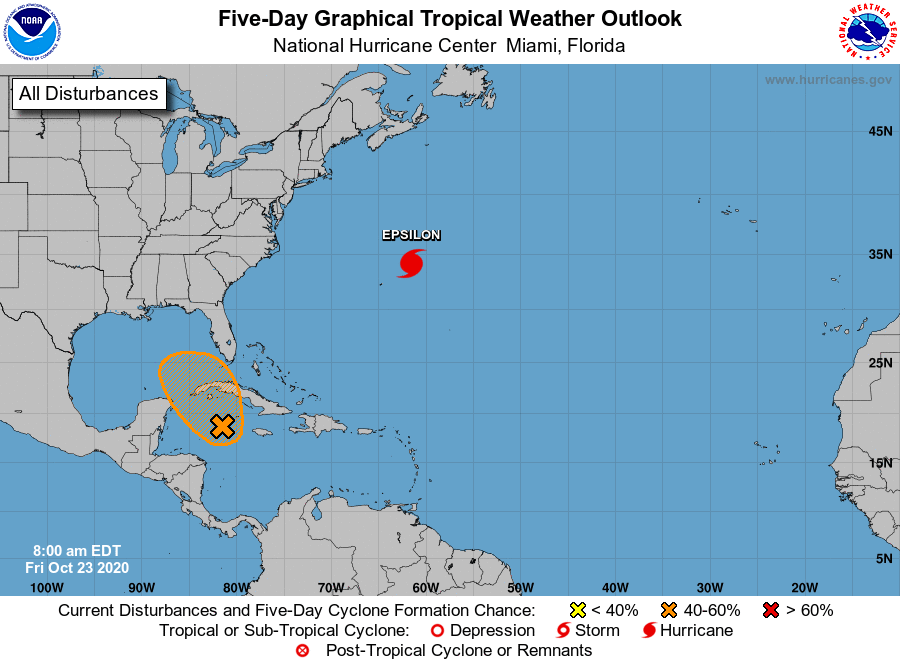 Storm watchers are keeping an eye on two storms Friday, one in the Atlantic and another south of Cuba in the Caribbean.

Hurricane Episilon is about 225 miles east of Bermuda and is moving northeast. Large swells generated by Epsilon will affect Bermuda, the Bahamas, the Greater Antilles, the Leeward Islands, the East Coast of the United States and Atlantic Canada during the next few days. The swells are likely to cause life-threatening surf and rip-current conditions, however, forecasters do not believe it will make landfall as it moves into the north Atlantic.

Of greater concern to the Gulf of Mexico is a broad area of low pressure located near Grand Cayman Island Friday. The National Hurricane Center says the storm has become much better organized in the past 24 hours.

The slow-moving system has a 50% to 60% chance of becoming a hurricane within the next two to five days as it crosses over western Cuba this weekend and into the Gulf early next week.