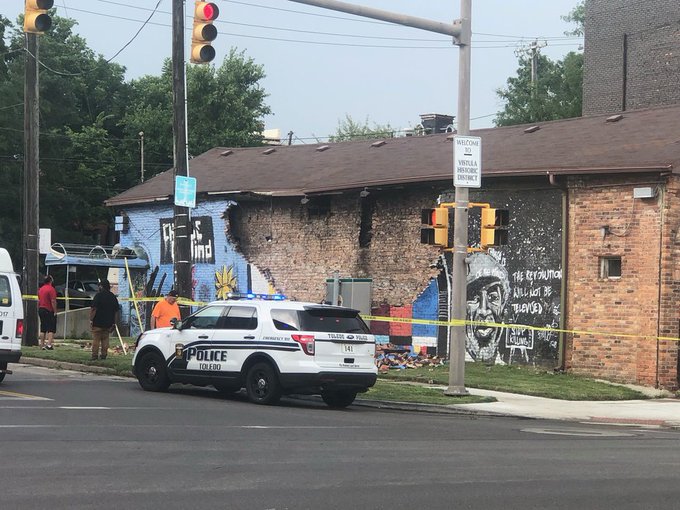 The George Floyd memorial has collapsed into a pile of rubble. (Photo via WLBT Twitter page)

VICKSBURG, Miss. (Vicksburg Daily News) – The mural which stood to honor George Floyd, located in Toledo, Ohio, collapsed on Tuesday, according to a report by WLBT.

The cause of the collapse has raised questions. Several witnesses claim it was destroyed by a bolt of lightning. However, Hugh Koogan, a building inspector for the city, claims it was due to natural deterioration. Doppler confirmed a lightning strike in the area on Tuesday afternoon and the building inspector stated that the building itself is structurally sound.

The George Floyd memorial in north Toledo collapsed Tuesday night after fire crews say it was struck by lightning. https://t.co/Hjwe2o7DPa

The City of Toledo stated they will collaborate with the arts commission in the planning of a new mural, or assist the commission and artist, David ross, to locate a new area to rebuild.