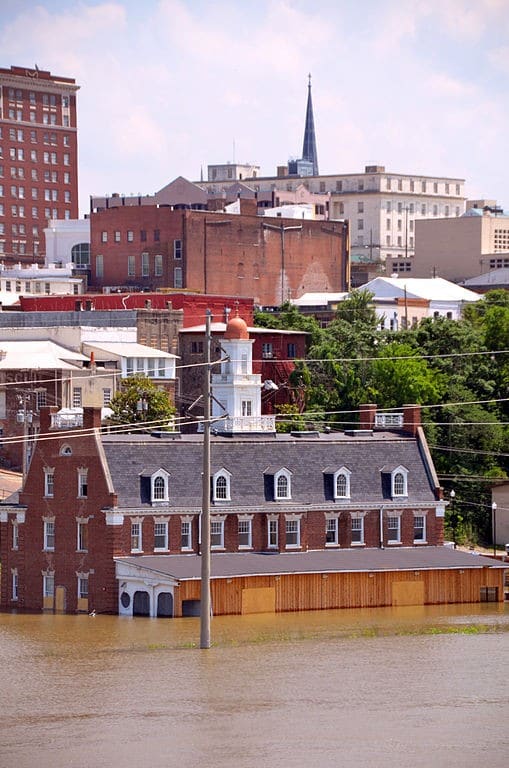 Mississippi River flooding at the old train depot last May.

If you think the flooding in Vicksburg has been going on a long, long time, you’re right.

USA Today reports that the current flood conditions in Vicksburg are the longest since the epic flood of 1927. Although not as devastating as that historic flood, this year the Mississippi has been above flood level since Feb. 17.

“The 1927 flood, which Weatherwise magazine called ‘perhaps the most underrated weather disaster of the century,’ remains the benchmark flood event for the nation’s biggest river.

Anytime a modern flood can be mentioned in the same breath as the Great Flood is newsworthy: During that historic flood, hundreds of thousands of people fled their homes as millions of acres of land and towns went underwater.

At one point in 1927, along the Tennessee border, the Mississippi rose an astonishing 56.5 feet above flood stage, and in Arkansas, the river ballooned to 80 miles wide, according to the book Extreme Weather by Christopher Burt.”